is creating Music, Awareness, and Hope For Other Cancer Patients 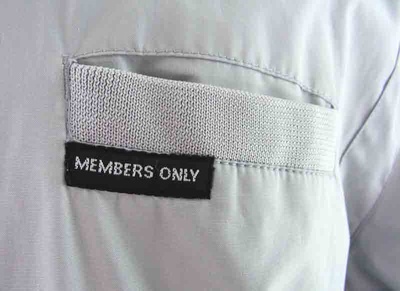 Remember those Members Only jackets from the 80s? This is almost as cool, minus the dated outer wear.  Those who jump on the $1 monthly bandwagon get: 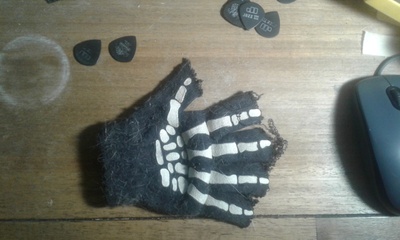 Have you met my kitten/ roadie Trashy Ramone? Trashy gets bored with normal cat toys. She prefers to play with these $3 gloves that I get at Wal Mart every Halloween to wear for outdoor cold weather shows. When you toss $3 into the monthly tip jar you'll get: 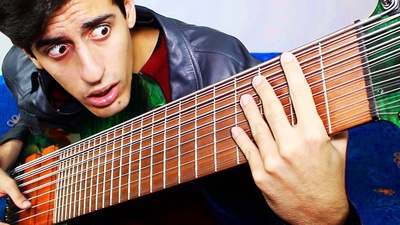 When I'm not working on the LMA project, I make my living playing bass- just because I can't count past four.

The $5 monthly donors get all the same love as the lower tier donors,  plus free digital download of LMA album upon release.

About The Luckiest Man Alive

"As far as I'm concerned, I'm the luckiest man alive."

Hey guys, my name is Zach.

In September of 2016, I had to have my lower jaw bone replaced due to cancer. I was told by some of the doctors that I would never sing again as a result. Being a musician, that added even more grief to my experience.

Then in August of 2017, I was able to walk on stage and play a short set with just a mic and a guitar. It was truly a humble beginning, but a massive milestone in my recovery.

As word has spread about it, I've been fortunate enough to play several cancer benefits, do radio appearances, and- best of all- make lots of new cancer buddies along the way that have gained hope from my story.

But with playing all of these events and working on a cancer benefit album (an autobiographical album entitled Luckiest Man Alive), there are expenses. Up until now, I've been covering the majority of them out of pocket and with occasional small donations that have come in.

It's reaching a point that as I'm being asked to do more and more of these free events, the guarantee to have funding available may not be there. Sometimes it can be a toss up as to whether I can play a long distance benefit or pay the light bill that month. Having a reliable source to budget from will make lt a lot easier to plan and prepare, both for myself and the volunteers that are currently helping with the LMA project.

With hope of developing this into an official non-profit in the future, this is the next logical step to maintain the growth and momentum that we've gained.

As an LMA patron, there's the obvious benefit of playing a part in making things a little bit brighter in the world of a cancer patient. Either by helping spread hope, or vicariously through the organizations that we'll be benefitting. But in addition, you'll get:

-exclusive merch and audio/ video releases available only for patrons
-chances to advertise for your band, business, or cause via the corporate tiers
-the opportunity to memorialize a loved one via your sponsorship

For just $1 a month or as much as you'd like to give, your support can help keep spreading the hope to more cancer patients and their loved ones. Your account won't be overcharged, and you can cancel at any time. If you feel that this is something you'd like to be a part of,  just click the "Become a Patron" button.