$1
per Game
Join
Supporter's Circle- A dollar means so much! Your support helps me stay motivated to meet my writing goals. I will keep all my supporters informed as I write about larp design, report on larps I've run and whether they were successful or not, and, of course, write new larps!
$5
per Game
Join
Hangout Club -  Every time I release a new larp I will host a Google Hangout to discuss the game, why it is exciting to run and play, and the tips and tricks of organizing a run. By backing at this level or higher you will get access to this members-only feature.
$10
per Game
Join
Pre-Release- Before I release a new game I run it and revise it based on the feedback I receive from players. The first draft version is never seen by anyone except these players - and you. I will distribute the unrevised version of my games to all backers at this level or higher.

I love live action role playing games. I've been writing larps since 2000, and now I am looking to build a community of players, game masters, and community organizers who want to play my games. 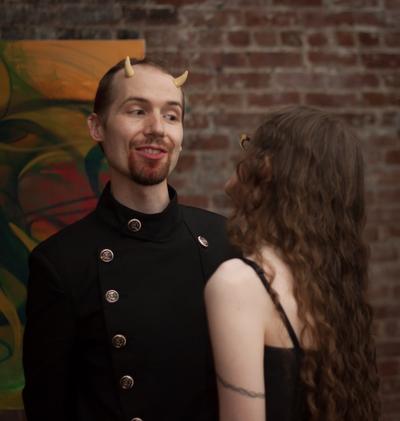 If you back this project you will be supporting me in creating ready to run, one shot, character driven larps.  I write games that are full of political and social tension which unwinds in an evening. My games do not have winners or losers - I want everyone who plays to get an opportunity to have a dramatic denouement.  The games I write have mechanics that tie into the core of the story.

Remedia Amoris is one of my most recent games. The game was set was set in the Nobilis role playing universe, at the Court of Love.  Players portrayed characters seeking to decide the nature of love - is it about passion between two people, about how society organizes itself, or simply a corrupting influence that must be stamped out? More importantly they sought to fall in love themselves.  One part of the game that I thought was particularly interesting was a mechanism for players to write their own plots and intra-character relationships before the game. Remedia Amoris is available for you to read and run, to get an idea of the sort of larps I write.

While Nobilis is a setting that I particularly enjoy, I write games in a variety of original and established universes. In the last few years I have written in the Shadowrun, Castle Falkenstein, and In Nomine universes.  I have also written semi-historical games set in Charlemagne's Aachen and Ancient Rome.  My next project has a original future hard science fiction setting.

I want to use this Patreon project to expand my larp writing in three ways:

First, I write more when I have an audience. Recently I have been writing a summer larp and a New Years larp, but having more people I am writing for will help me expand my writing to meet my own goal of producing four larps a year.  Writing a larp generally takes me between one and four months, depending on how large and complex it is.  I want to produce games in the spring and the fall, and having a community on Patreon who I am producing for will help me meet that goal. 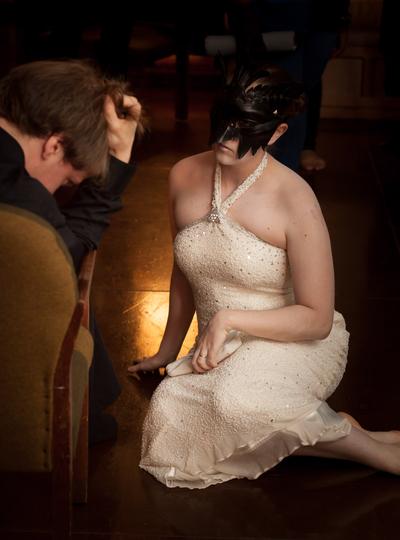 Second, I want to package my larps for other groups to play. I always conduct the first run of the games I write, but I have been able to hand some of my games off to other people who run them for different audiences. I want to take the time to fully flesh out my larps so that they can be easily run by a third party, and to revise them to incorporate the lessons I have learned in the first play through.  Patreon makes that easier for me because the audience for each larp is clear - its you!

Third, I want to make it easier for other people to find my games. I don't have as much time to go to conventions as I might like - I really only have the chance to run a few larps a year.  But I think that my games are well suited for others to run, and I absolutely love to see photos and read reports from people who have played one of my games. It's great motivation!  My hope is that this Patreon project will help me develop an audience for my larps, and encourage people to run them around the world.

My live action games have been run at conventions and private parties in multiple countries. I have written for the Godlike roleplaying game, for Pyramid Magazine, and for the Deleria roleplaying game (which was nominated for an ENnie). I have written more than a dozen short form larps - and with your help I'm hoping to write more!

Special thanks to Johanna Bobrow (silverandindigo.com) for the pictures of Remedia Amoris.  Nobilis was created by Jenna K. Moran is published by Eos (http://eos-sama.com/nobilis/) - it is not mine!