$3
per month
Join
or save 15% if you pay annually
Thanks for supporting the comic!

Hi! My name is Mac Smith, and I am an self employed artist working primarily as a concept artist for video games. In 2014, I quit my job in California, moved to a cheap little apartment in the Pacific Northwest, and started working on my own projects (while still doing enough freelance on the side to pay the bills). It has been tough at times, but it's also been one of the best decisions I’ve ever made. I’m really excited again about creating art.

It's been a lifelong dream to tell my own stories, free from meddling and design-by-committee, and now I’m finally able to devote more time to them. And with your patronage, we can bring these projects to life...

One of those projects is called Scurry: a ten-part comic that I've been working on in my spare time for the past few years. I've drawn inspiration from my love of 80s fantasy and animated movies like The Secret of Nimh and The Dark Crystal: movies that some might say are too dark or weird for mainstream audiences, but struck a chord with myself and others like me. Though the medium and tools I am using are different, I hope to capture that same sense of wonder, mystery and danger that many of those stories had.

Here's a little taste of the books: 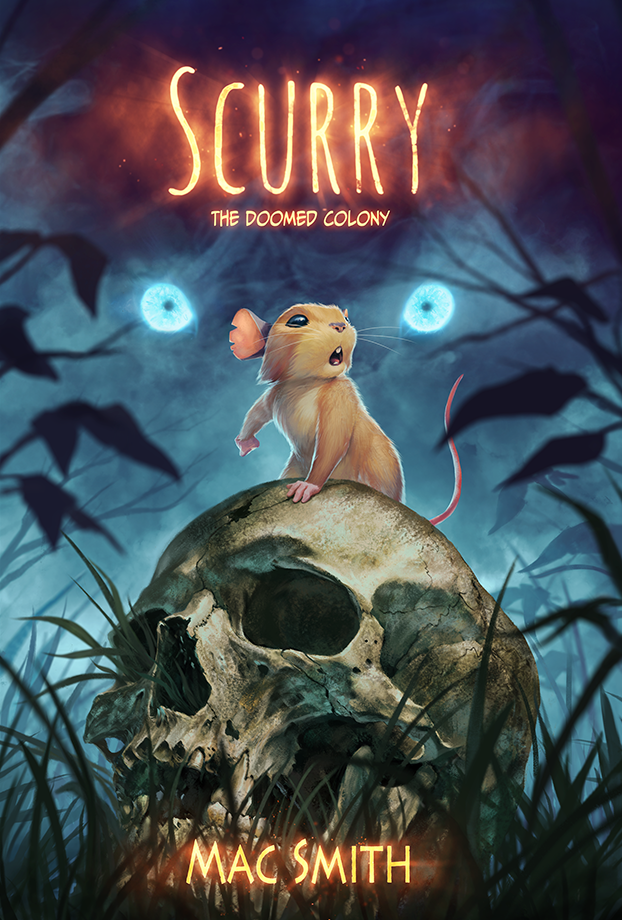 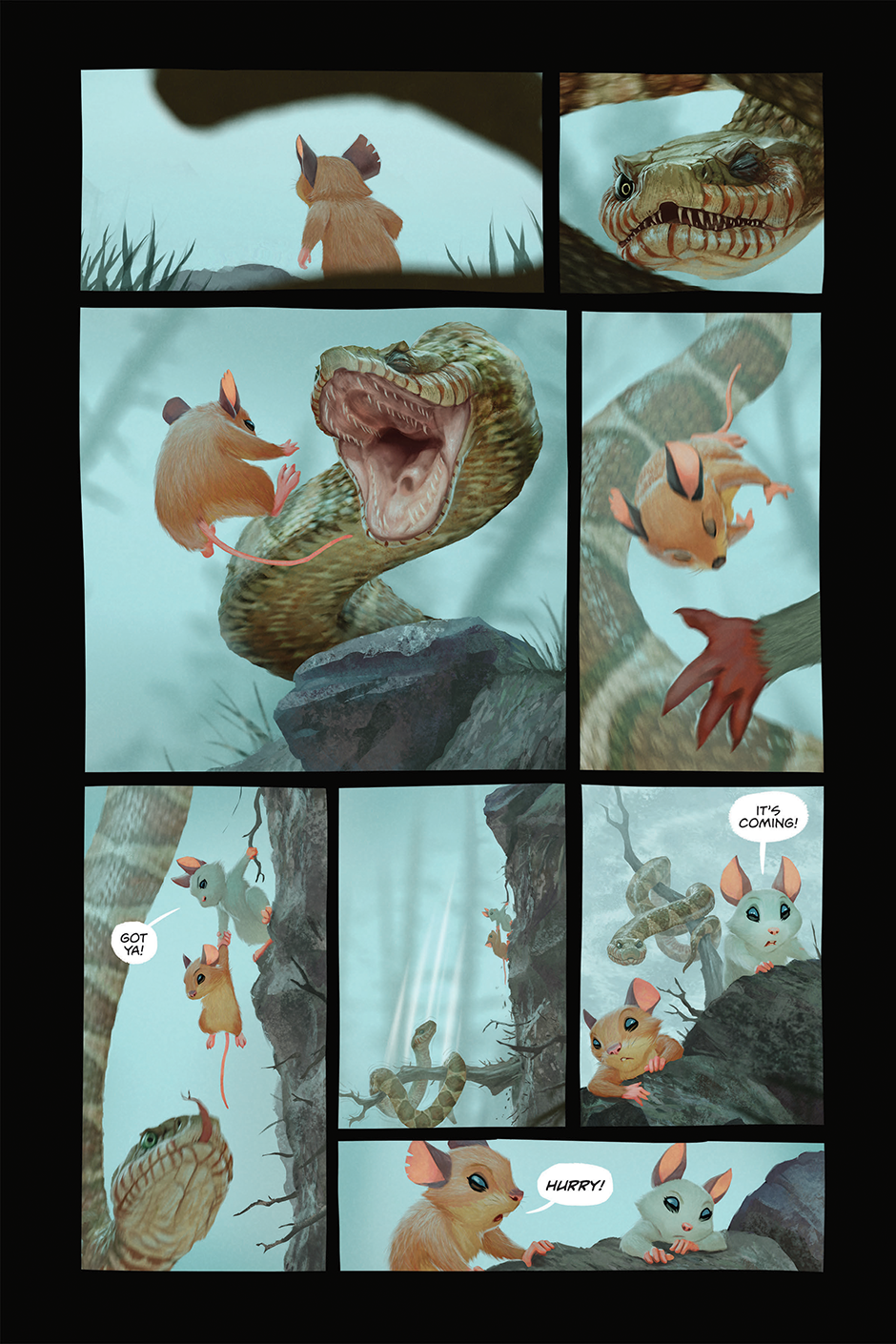 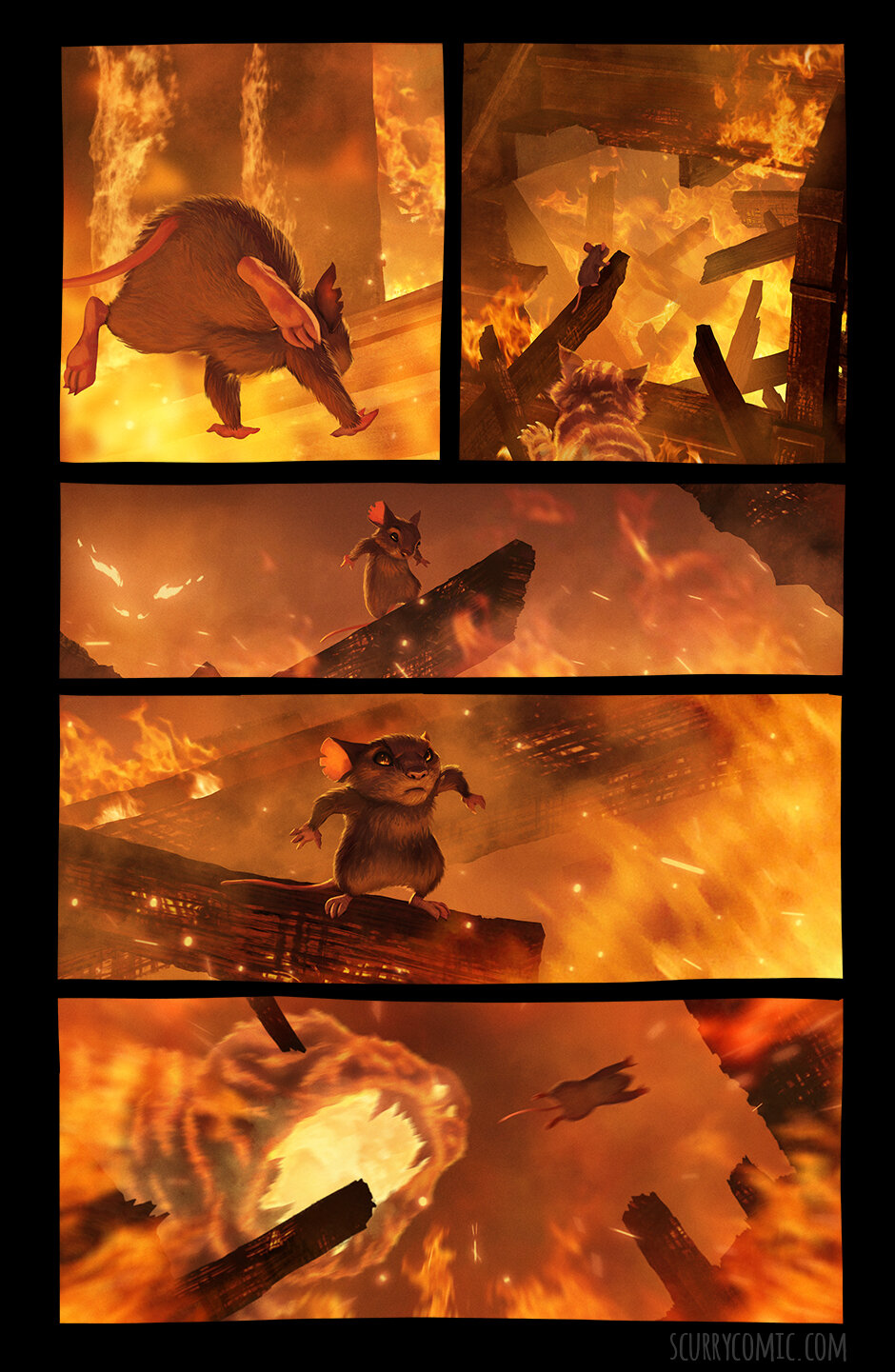 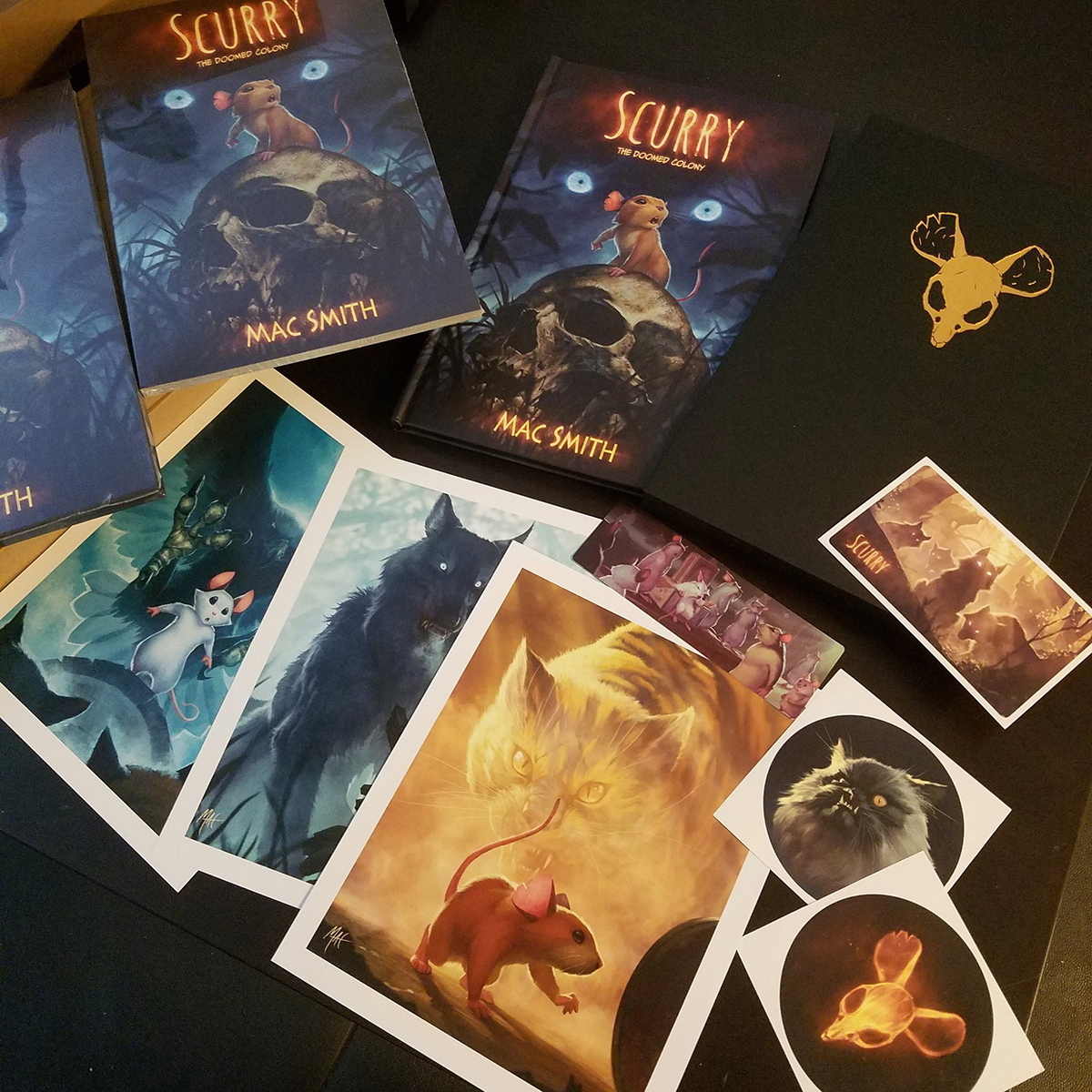 Patrons will get digital copies of the books and episodes, concepts, high-resolution files, wallpapers, videos and more. I'll also post any news about Scurry here as well. 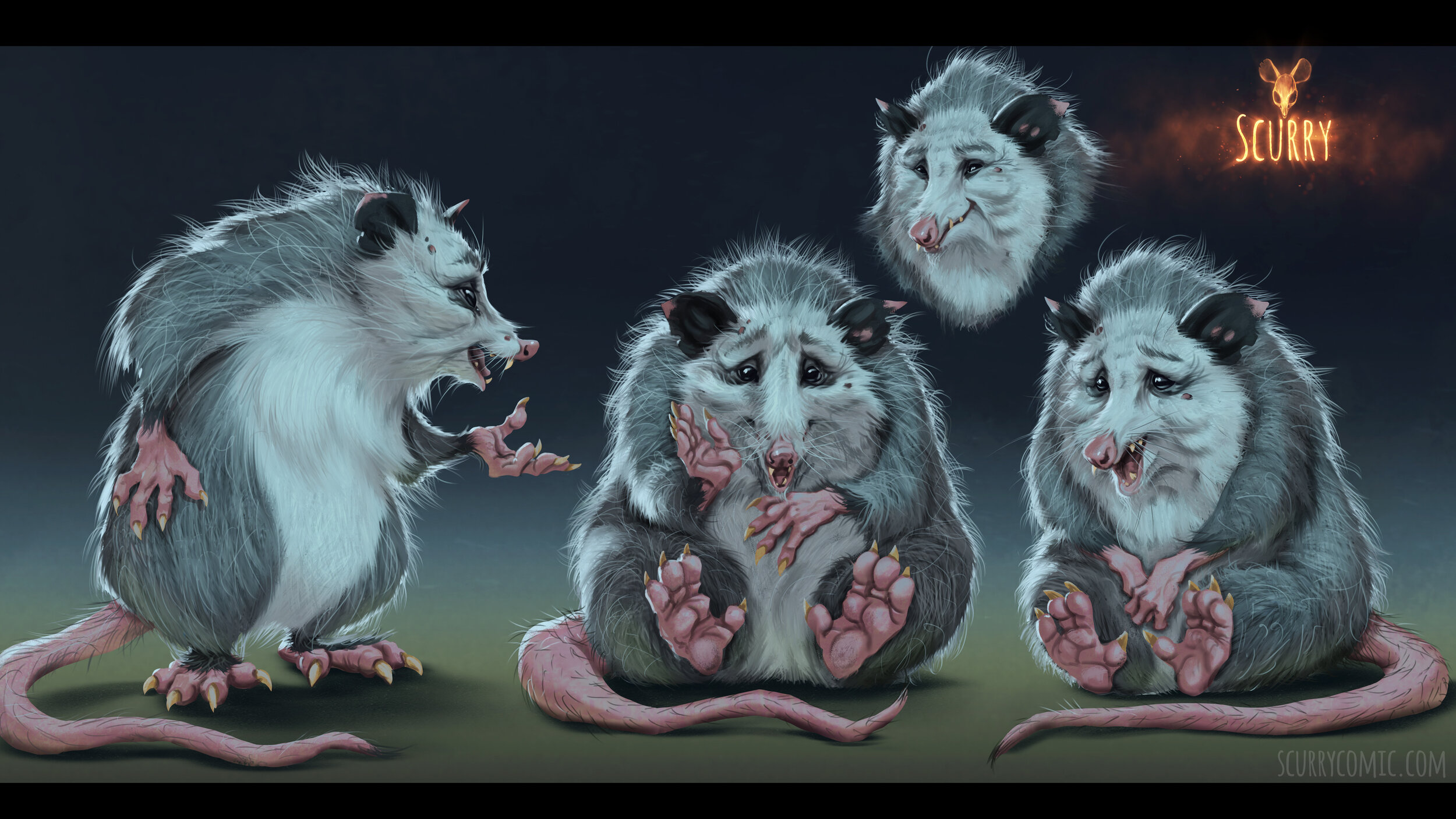 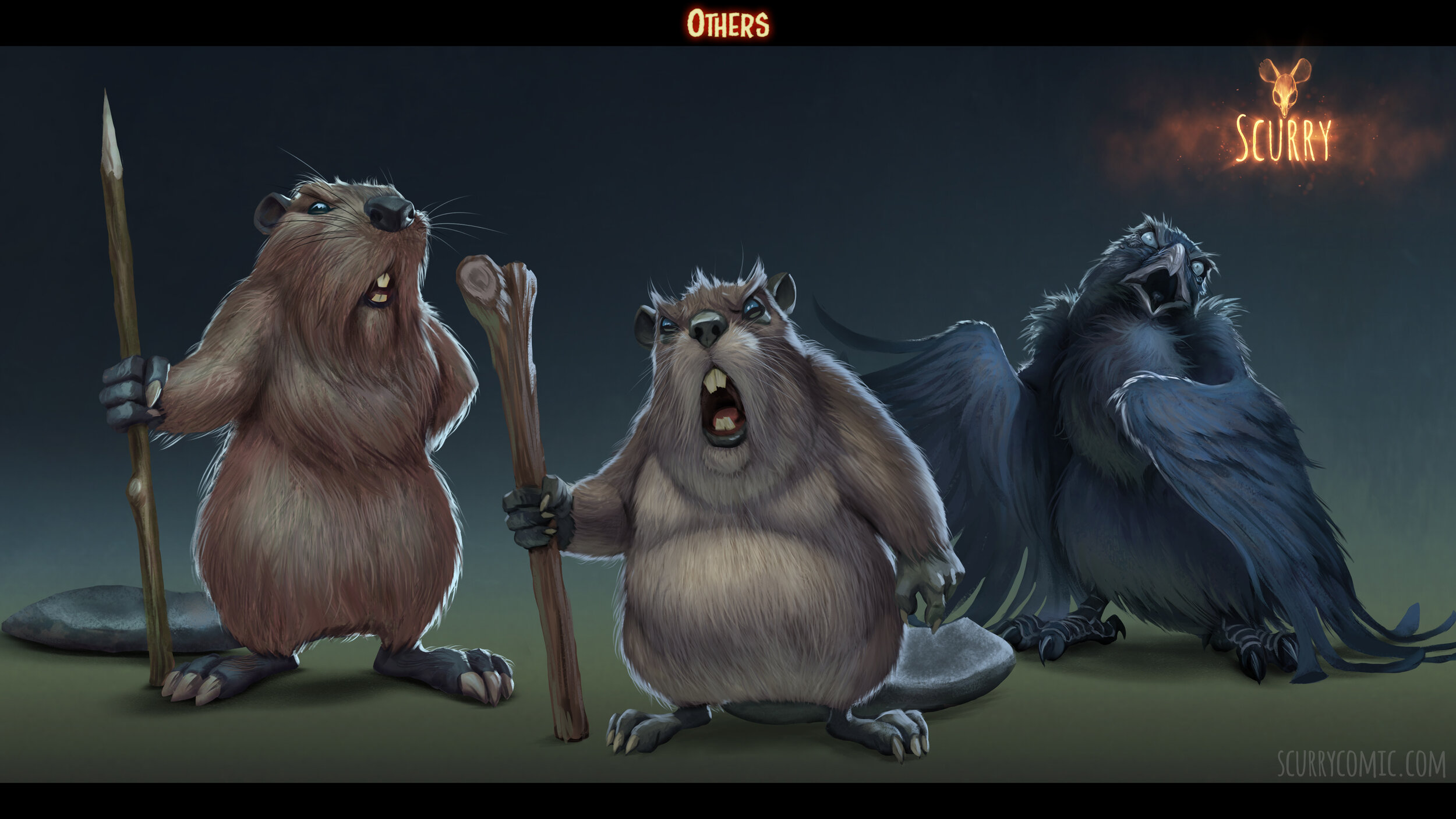 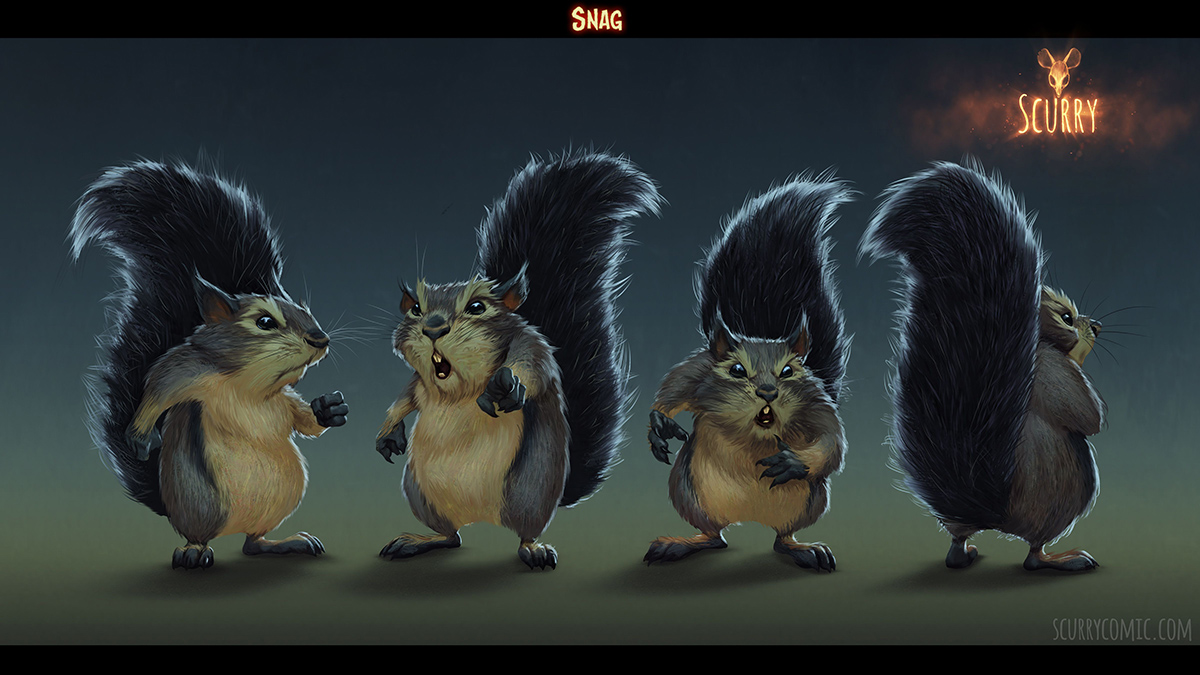 This Patreon is primarily for people who want to support the production of the comic. While I will post whenever I can, I don't want this to get in the way of making the comic, which takes a lot of time. I'll post as often as I can, though.

I want to make it clear that none of the finished work is behind a pay wall. It will be free online, when it is ready.