is creating the longest Doctor Who timeline ever.

YOU ARE THOR!: Tip Jar

$1
per month
Join
You always tip the help after enjoying yourself at a tavern, and we'll list your name (unless you tell us not to) in our forthcoming projects.

YOU ARE LOKI!: Super Tip Jar

$5
per month
Join
You're a creature of trickery and deceit, but you understand the importance of supporting daring creators. We'll list your name (unless you tell us not to) in our forthcoming projects. 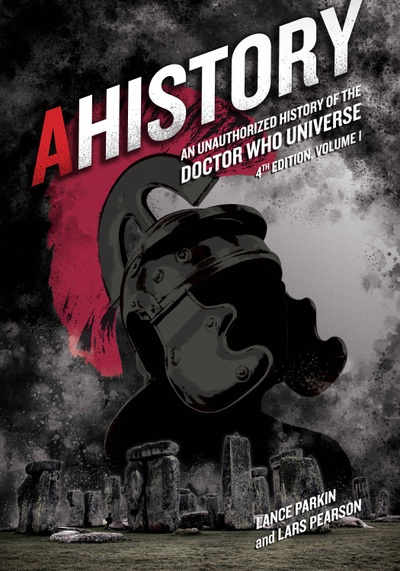 $10
per month
Join
You're wise, and wish something could be done about all the raven droppings. Pledge $10 a month (for nine months total), and every three months, you will receive a new volume of Ahistory Fourth Edition (retail price: $30 each). You can cancel before the nine months elapse, and we'll settle up.

This tier is only available to US customers (shipping overseas is the cost of the books all over again). Bonus book (see list in the main section) ships with last volume.

Hi! Mad Norwegian Press is a Des Moines, IA-based publisher which has been producing ambitious / certifiably insane Sci-Fi guidebooks, reference books and novels since 2001. We're especially renowned for Doctor Who-related books such as About Time, Chicks Dig Time Lords, Running Through Corridors and Space Helmet for a Cow.

There's also Ahistory: our epic Doctor Who timeline, which will soon be released as a three-volume affair that now tops a million words. (We hate to keep mentioning that fact, but good God, it's therapy. A million words! We're working our way through the five stages of grieving, edging toward Acceptance.)

We've set up a Patreon page for two reasons: to allow readers to pre-order Ahistory on a monthly payment plan, and also to provide tip jars for people who wish to support our crazed endeavors. Thank you, thank you in advance to all who contribute.

We hope to use Patreon as a launchpad for future efforts, but for now we're focused on getting Ahistory Fourth Edition out. It's a work so vast, just doing a proper read-through and revision – plus all the layout – took us six and a half months.

Finally, we should give a special thank you to Amanda Palmer, whose The Art of Asking convinced us it was okay to directly appeal to readers directly. (We're old school enough that we're used to making a product, then selling that product, social contract achieved. Palmer won us over on the idea that there are people out there who want to help, so we should let them and be thankful. And we are thankful, for each and every one of you.)

For the Ahistory Fourth Edition pre-order packages, the available bonus books are: