is creating something called HAIL SEIZURE 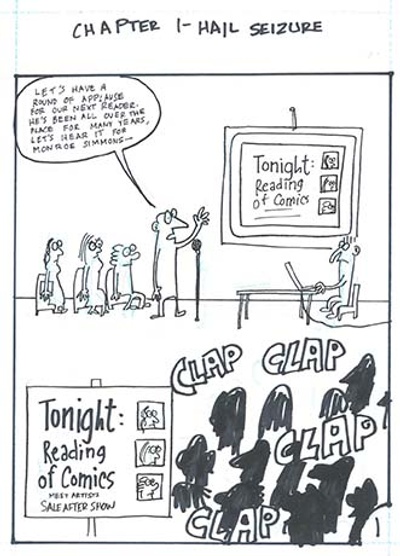 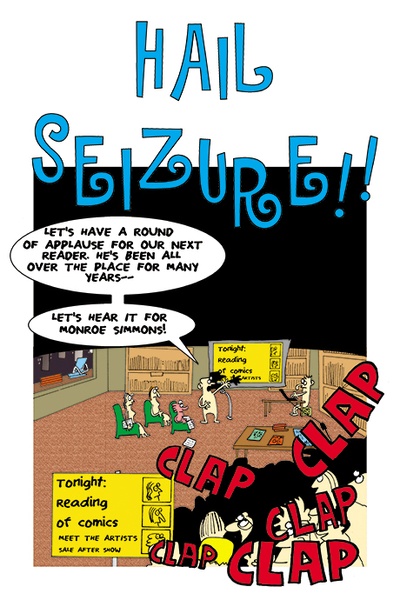 (I guess because I changed this tier, you can't see who the donors are now. Sorry.)

$5
per month
Join
Patreon doesn't keep a permanent archive of pages like I thought. If you come late and have missed pages, for this amount I will e-mail a PDF of a particular chapter to you personally plus another of sketches for those pages. Though you'll you'll have to e-mail me to let me know what you're missing because I don't see the same Patreon page as you.

My name is Sam Henderson. I've been around professionally for about 25 years. I edit a comic called MAGIC WHISTLE. I had a regular comic for NICKELODEON magazine from 1993 to 2009. I've done work for NEW YORK PRESS, OBSERVER, COMICS JOURNAL, DC COMICS, CARTOON NETWORK, DISNEY, AOL, was nominated for an Emmy for my writing on SPONGEBOB SQUAREPANTS in 2001, wrote for the comic, have had several book collections, a development deal, yet despite all this I'm always broke. Last year I made, uh, let's just say... less than you. Hoping this will be one of the things to change that.

Right now I'm working on what you'd call a "graphic memoir" and people told me to set up a Patreon page for it.

$57.99 of $183 per month
My goal will probably increase monthly as I see what this does. I want to make this cartooning thing a career again like it once was, and not just a hobby like it's been for the past few years. I've been told this is one of the places to do it.

I know I'm supposed to reciprocate and I will, but only if I meet my goals first, so tell your friends about this. $2 a month is less than a book that would cost at least $25, and I don't have the ability to hold down a regular job anyway. This work's even somewhat about that.