Jenny is creating content you must be 18+ to view. Are you 18 years of age or older? 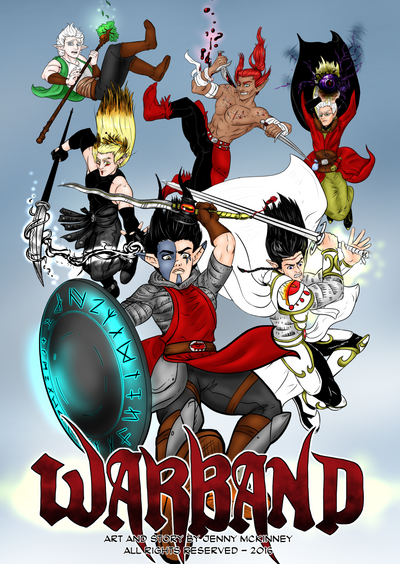 Thank you! I really appreciate your generosity, friend. Patrons who subscribe for just $1 per page can view WARBAND comic pages as soon as they're finished in FULL COLOR, so you get to read the page 30 days before it hits the WARBANDcomic.com website. Early access content!

It's my goal to get a free copy of WARBAND to all of my patrons, a physical reward in addition to the perks of getting to read the comic early. If the goal is met, long-time patrons will be able to put this comic book on their shelves and say, "I helped make that happen." Happy good feels!

Also, as a big thank-you for being there with me from the beginning, all WARBAND credits will list Patron names or usernames. Whether it's on the book jacket or the online end-chapter credits, we'll make sure the world knows you were a WARBAND supporter!

Read WARBAND once it's inked! 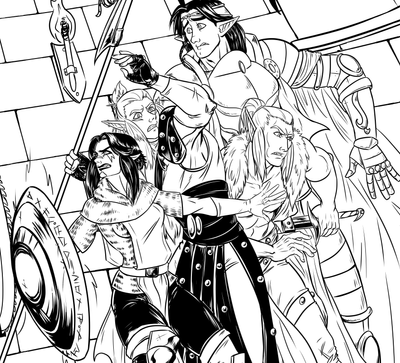 $3
per Comic Page
Join
At the $3 tier you can read all WARBAND comics as soon as they're INKED, which lets you get the next part of the story even sooner! Turnaround time for the inking to coloring stage is typically one to two weeks, so you could read WARBAND up to a month and a half sooner than the public release!

You'll also get access to a special locked channel in the artist's personal Discord server, where WIPs of the comic panels and pages in progress are posted. Feedback is welcome and encouraged in the creative process, and I'd love it if you'd join me in the journey that is creating WARBAND.

Same as the lower reward tier, you will also get a free copy of WARBAND if the stretch goal is ever met, and get your name in the production credits.
Includes Discord benefits

Read WARBAND once it's pencilled! 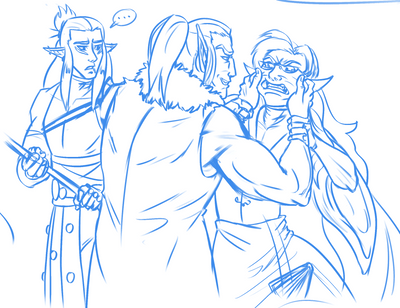 $5
per Comic Page
Join
Patrons who pledge at $5 per page can view all WARBAND comic pages as soon as they're PENCILLED, will receive a physical copy of WARBAND if the stretch goals are ever met, get their names in production credits, and view all WIPs and hi-res pages on the artist's Discord server!

Reading WARBAND at the pencilled stage is the fastest way to get the story into your hands, giving you access to comics as soon as two to three months before the public release. Pencilled comics will reach you in a legible digital pencil format, cleaned up for inking and with dialogue bubbles already fully processed and readable.
Includes Discord benefits

Hi, I'm Jenny McKinney, the creator of WARBAND. It's a fantasy webcomic about elves fighting to survive and make a better place for themselves in their world. With plenty of action, comedy, romance, and a Dungeons & Dragons feel, I hope WARBAND winds up being a webcomic you'll love.

Becoming a Patron of WARBAND would mean that you get to see the new Warband pages MONTHS before being published on the website, and you'd have a part in bringing WARBAND from the Internet and into your hands in dead-tree format. I'd love to see WARBAND on comic store shelves one day, and if this Patreon thing winds up being half of what it's cracked up to be then that could very well happen.

WARBAND is drawn by  Jenny McKinney. Colors by LaNøra Chrøsniak.

WARBAND is a grown-up comic, and will occasionally deal with adult situations.
Blood and Gore, Crude Humor, Strong Language, Suggestive Themes, Use of Alcohol, Violence.

WARBAND is also part of SNOUP, a writing circle with a focus on producing high quality, original stories of high fantasy.

$25.85 of $100 per Comic Page
I'd love to publish Warband as a real-deal comic, getting paper copies into your hands and on comic book shop shelves. Warband is free to read online, but it's my ultimate goal to see the comic become part of your collection at home.
1 of 2