Maia Kobabe is creating content you must be 18+ to view. Are you 18 years of age or older? 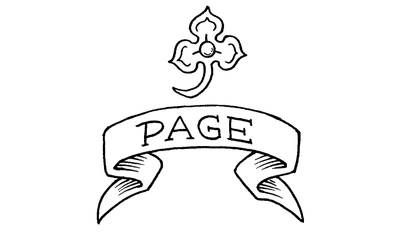 Thank you so much! At this level you will have access to my recommendation posts. Once or twice a month I'll post about something I really like and explain why. A lot of the things I recommend will be podcasts, webcomics or other online content, though some will also be novels, songs, or other things that I fall in love with. I also occasionally post art at this level, before it goes up online elsewhere. I will also mail you between one and four surprise treats per year, usually a small zine or postcard! 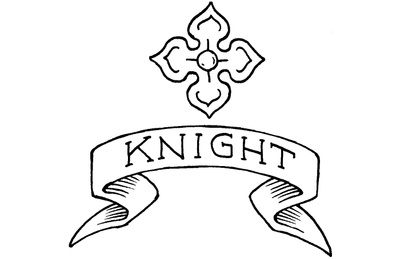 $3
per month
Join
or save 10% if you pay annually
Knights, in addition to my recommendations you will also have access to my Patrons only blog. This will contain work in progress posts of things that are some level of "secret" or as yet unannounced. Some things I will be posting in the next few weeks include:
-comics I've been pitching to The New Yorker
-character designs and concept art from my new graphic novel project, a fictional story about a nonbinary teenager in the year 2000!

Some things I posted in the past, which are available in the archives, include:
-sample art from two children's books I am developing, "Leaf's Song" and "Three Journeys"
-the spring, summer and fall Fansplaining tiny zines
-thumbnails, pencils and inks for "Werekat", a queer horror comic written by Rachel Pollack
-thumbnails, pencils and inks of a 5 page comic for the Heartwood Anthology backers
-pencils and inks of a 20 page comic for Iron Circus Comic's Faster Than Light Y'all anthology
- pencils to my 7 page comic for the "Mine!" anthology benefiting Planned Parenthood, written by Josh Trujillo
- pencils of a short political comic for The Nib, written by Sam Sattin
- pencils of a 10 page story for the Gothic Tales of Haunted Love Anthology,  written by S.M. Beiko
- pencils and final art of the 8 page Sun Card Tarot comic I am drew for the Tabula Idem anthology
-pencils and final art of the 9 page gay superheroes story I drew for the second Death Saves anthology
-thumbnails and pencils of the The Thief's Tale re-write
- over 100 pages of drawings from my summer 2017 sketchbook!


I will also mail you between one and four surprise treats per year, usually a small zine or postcard! 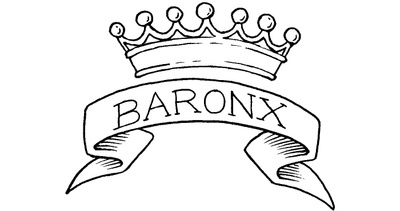 Baronesses, Barons and Baronx- at this level you will have access to all of the posts from the Page and Knight Levels and also my Genderqueer Comics series. I have drawn over 150 strips, all of which are posted here on patron at least a week in advance of being posted elsewhere online. You will also be getting pencils, cut pages, and updates on my book Gender Queer: A Memoir. Any gender-related short stories I write for anothologies will also be posted at this level, such as my 9 page story "What Am I Waiting For?" about top surgery anxiety.

I will also mail you between one and four surprise treats per year, usually a small zine or postcard!

Welcome!
My name is Maia Kobabe and I am the author and illustrator of GENDER QUEER: A MEMOIR. I started this patreon account back in September 2016 and the support I received here was vital while I set aside other projects to focus on that book. On this blog I post about all of the things I am working on now, many of which need to stay semi-secret until they are ready for publication. I post thumbnails, pencil sketches, and finished art from short stories for anthologies, comics which will be published online, and the children's picture books and young adult graphic novels I am developing. Here are some of the projects I have posted about in the past: Genderqueer Comics
This is a series of short comic strips about being genderqueer and what that means to me. These comics will be accessible to anyone who supports me at the Baronx Level or above about a week in advance of when they post on instagram :) These comics were the earliest draft of GENDER QUEER- I have over 160 strips available in the archives. Strength Through Unity
This comic ran on The Nib in May 2017. The subtitle is "How to Spot Fascism Before It's Too Late."  If you've never seen this before, it's available to read in full here. Queer Pride Month
This comic, written by Josh Trujillo, ran on The Nib in July 2017. It can be read in full here. Tom o'Bedlam
A 24 page comic adaptation of a medieval ballad poem of the same name, which was recently nominated for an Ignatz Award and accepted into the 2016 Society of Illustrator's Comic and Cartoon Art Annual. You can read the whole comic here. Fairy Tale
A 12 page comic based on a poem of the same name by the Czech poet Miroslav Holub. You can read it on my website here. The Sun
This 8 page comic was based on the Tarot card "The Sun" and appeared in the 2017 kickstarter anthology Tabula Idem.

The Imperial Malady
A wordless 6 page comic about caring for a loved one with cancer. You can read it on my website. The List
An auto-biographical comic about books and lists, which can also be read online! Why Patreon?
I love making comics, and I am very committed to posting them online for free. Patreon is a platform which allows you, dear readers, to support me on a monthly basis so I can keep doing just that. Patreon is similar to a smaller, sustained kickstarter campaign, in which you send in money in advance of the things that you will later receive- in this case, access to the Patreon-locked blog posts, postcards, welcome packets, and other stuff which I will be sending out to you all :) You can jump in for one month of support or multiple months, and you can change the level of your support or cancel all together at any time. I've been supporting a handful of other artists on here for a couple of years, so I can attest that it's a very easy site to work with. I'm happy to answer questions about it if you have any! Thank you so much for concidering becoming one of my patrons~
All the best, Maia
By becoming a patron, you'll instantly unlock access to 167 exclusive posts
356
Images
1
Writing
By becoming a patron, you'll instantly unlock access to 167 exclusive posts
356
Images
1
Writing