mCraicin is creating content you must be 18+ to view. Are you 18 years of age or older?

You're An Absolute Star!
$1
per month
Join
🕺   Early updates! see updates as they are completed, weeks ahead of anywhere else..

Big Man Himself
$3
per month
Join

🕺  WIPS - Get to see DÉCALÉ in its raw unprocessed stages, This includes the planning,  sneak peeks and to see the goofs before they've even hatched.


🕺 Spicy Content - What it says on the tin! This tier is for any nsfw content I create. It also includes the super secret works in progress for the Ahanu and Mr Finn side comic.


But do remember, grown-ups only!

HIYA!
It's me, Craicin/Ceara. I'm an Ireland born Comic artist who currently resides in the Netherlands. 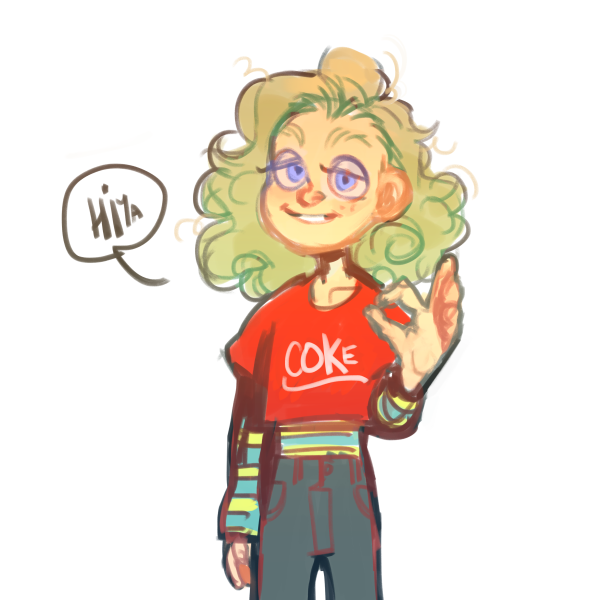 I'm the creator of  DECALE!

An Animated webcomic about self-proclaimed dance prodigies, their dear happenstance friends, their reluctant tutors and doting families. Based in beautiful Mexico with an  LGBT+ main cast.

NOW - Don't get in a tizzy, DECALE will always be free to read! But supporting me in making them, now wouldn't that be grand as well.

The goal here is to allow me the ability to work on comics a lot more, full time even! Which would mean a lot more updates, which means a lot more goofs...

So if you want to support me and DECALE in the most literal and efficient way possible, this is the best bet!

AAND for your mighty sacrifice of your hard earned single-digit dollars, you will be handsomely rewarded with my love and getting first look at how the story goes, the behind the scenes and
ofcorse, the ever sought after side comics!

$26.56 of $100 per month
If we reach this goal, I will release a Patreon exclusive sidecomic about Ahanu and Mr Finn!
It will be an exploration of their relationship.
This comic will run alongside the main DECALE comic and be fully canonical!