You’re the Temperamental Engine!
Pledges of any amount get access to the two monthly bonus strips and wallpaper -- as well as my eternal thanks!
$5
per month
Join

You’re the Captain!
You’ll get access to Patreon-only sketches and sneak peeks of upcoming projects — comics, puppets or whatever I’m working on! Plus, I’ll post commentary on the current day’s strip!  Of course, you also get all of the perks of a $1 pledge!
$10
per month
Join

You Fly the “Steel Duck!”
All the stuff from $5, plus access to all the strips from the original run of Melonpool —that’s 2,162 strips that may or may not have anything to do with the current continuity!

I'm Steve Troop and I created Melonpool in 1978. That's not a typo. I've been drawing this little spaceman since I was six years old. My comic strip has appeared in four school papers (1984-1998), a four-issue comic book series in 1996 and as a (mostly) daily webcomic from 1996-2005. This last run produced 14 books, all available through my website. 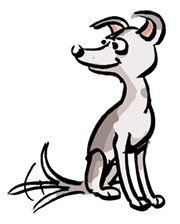 Melonpool is the story of the crew of the "Steel Duck," a giant-hamster powered spaceship commanded by a sci-fi addicted captain as he explores the galaxy with his crew consisting of a hyper-intelligent dog, a mad scientist and the mad scientist's "evil" clone (who's actually a nice guy).

In 2014, I rebooted the strip, which runs daily at melonpool.com. There are multiple perks to supporting me through Patreon, including access to Melonpool works that are no longer online (or never were). It also puts food on my table and keeps my dog happy.