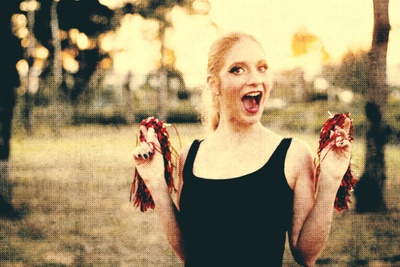 You dance, you flail, you chant "Ninja Squad" in a stealthy but cheersquad-y way... The fact you're choosing to support me on here really does mean the world <3

Instant gratification [one-off]: a big virtual hug cause your pom pom skills brought all the boys to yard!

Long term gratification: To see Patreon posts, which may include updates, behind the scenes or previews to YouTube videos! 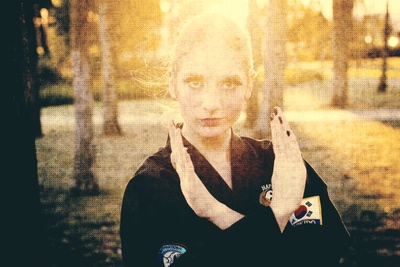 You are now part of the Meri Amber ninja club. This means you are more stealth and awesome than everyone else around you that isn't a member. Congratulations on your awesomeness!

You get, everything above +

Long term gratification: TWO SONG DOWNLOADS A MONTH of songs that were used in YouTube videos I posted + access to the Patron-only channels in the Sork Family Discord + credit at the end of videos! 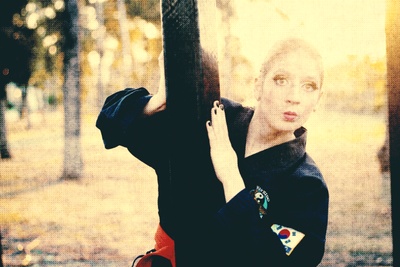 You are now part of the Meri Amber ninja club, but you're better, more stealth and awesome than the regular members. Congratulations on your extra level of awesomeness!

You get, everything above +

Instant gratification [one-off]: Along with the computer game pop covers [which you already get], a set of three Meri Amber badges!

Long term gratification: Instrumental/karaoke versions of the above tracks [if they’re available] + Chord sheets with the lyrics and chords to the songs!

Hiya, I'm Meri Amber! I write songs that mostly fall into the categories of story-telling, comedy, social commentary and filk. I also have a superb novelty hat collection :P

Quite seriously, the music I create is "different" and really difficult to market in a traditional sense. I love writing songs that make you think, are constructed in an unusual way or tell an odd story. More than anything I love making people laugh and smile.

That's why you'll find everything from crazy psycho girlfriend songs, to songs written entirely out of maths symbols, or songs about robots taking over the world, or songs inspired by air vents...

When someone out there in this big, slowly melting, planet connects with my songs, it's the most wonderful thing ever. I know that, somehow, on some sort of supersonic level, we're on the same nutball wavelength. How rad is that?

I created this Patreon account and the Ninja Club so that you can help support me in creating a steady flow of new, original music and accompanying music videos.

Being able to do this, do it more and do it bigger is my absolute dream. By supporting me you are making it possible, and that means more than you'd ever know.

It would mean the world to me if you'd consider hitting that "Join" button under one of the tiers, and I'll do my darnest to keep creating continually better nutball songs in return!

Thank you, already, for reading this far through my ramble. And, to those who are already part of the Ninja Club, thank you so much for believing in me and supporting what I do!

That's a quick rundown of the ongoing perks of being a part of the Ninja Club, but you can read the full details right here on this page!

As well as ongoing perks, new members also get a one-off perk when they join!* One of these is a download of three fully produced computer game pop cover tracks. Here are some of the custom postcards I've made and sent out in the past to members too [the front of the postcard, which you can't see, also has a Meri Amber print].

Thank you again for caring enough about what I do to have gotten this far down the page <3 You rock all the Lego blocks!

* Please Note: If you join one tier and then move to another, you won't be sent a second set of items. You'll be sent the items from the first tier you joined.

$511 of $1,000 per month
With $1,000 a month, I can get at least one song FULLY PRODUCED with an ACTUAL PRODUCER with ACTUAL SCHMANCY AUDIO ENGINEERING GEAR!

This would be a SERIOUS level up in sound quality and would free up more of my time to work on my favourite part of the process, actually writing the songs, so that they can be [potentially] even better!!