HOODWINKED BY AN ANGEL MICHAEL FAZIO

HOODWINKED BY AN ANGEL MICHAEL FAZIO

is creating cost of living in the philippines videos, dollar bill videos, ph

THE ONE DOLLAR TIER FOR MECHANICAL REPAIR INSTRUCTIONS AND SOME MISC. VIDEOS 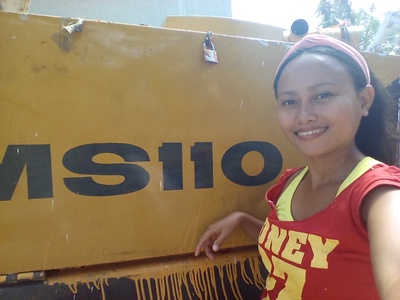 $1
per month
Join
ALL MY MITSUBISHI REPAIRS AND OTHER TOOL REPAIRS. .. 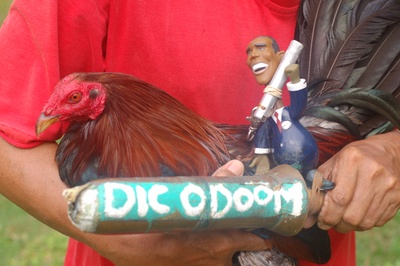 You will be able to see videos that YouTube no longer deems or allows to BE monetized {[ demonetized by YouTube ]}  MINIMUM 7 VIDEOS PER MONTH To be updated on the 15th of each month , because of words that are used inside the video that their computer picks up to be politically incorrect.

ONE example of that is the following word phrase;

[ Milwaukee Magnum hole shooter drill ] whereas there worthless computer program just picks up the word shooter and takes monetization OFF THE videos and that will be my gift to you all for $3 a month.

This includes many older videos from the year 2013 on that are not even published or allowed to be published because of these ridiculous words censoring programs YouTube is now using.

PLEASE UNDERSTAND that There may be videos you have already watched but are no longer public but most of these videos are very old or from The year 2014 and before.

So if you are seeing this video again I apologize but I don't know who saw what or when and I can't be in control one know what has been viewed and what hasn't been viewed but I will release 7 videos each month and hopefully they are new to you.

Thanks For your understanding in advance.

The ACTUAL truth about living in the Philippines
Limited (193 remaining) 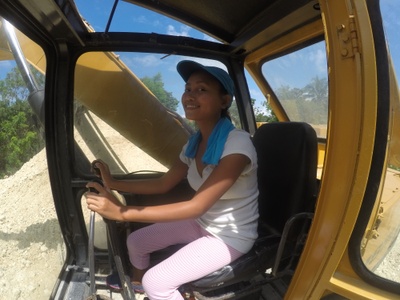 $5
per month
Join
Those paying $5 a month (or higher) would have their questions answered honestly and uncensored.

PLUS the first tier rewards.

You will also have access to 5 videos that would normally get someone thrown off YouTube for the political satire/comedy that I do with politicians. Some of which you won’t even believe the creative genius aspect of let alone the total disregard for politicians… LOL you might even see in Mister Obama taking care of business in the bathroom baby… LOL

$5 Tier You get the satire and crazy stuff videos that gets people banned on YouTube Plus all the benefits from tier one.

$5 TIER. You also get the exclusive email address where we try and answer your honest questions about coming to the Philippines.

TIER $5 Access to the older videos and exclusive content. Plus all the benefits of tier $3, you get all the videos that YouTube have demonetized and are now only available to Patreon supporters,

PLEASE UNDERSTAND THAT SOME OF YOU WHO HAVE BEEN MY Long-term Subscribers may have seen some of these videos for and I will apologize in advance because I don't know what you saw.

Some of the videos I will be posting on this tier level I assure you would get your channel taken down And if not certainly you would receive a STRIKE.

This is the reason are required a personal email address in order to answer your questions and to make it perfectly clear that the CAVEAT for watching these videos is that they are EMAILS to you with the understanding that if you reload these videos to YouTube you do so at your own risk.

I am not familiar with this PATREON ACCOUNT system and or what affiliation it has with ZOO TUBE INDUSTRIAL COMPLEX,

So you will have to start one of those Hotmail accounts or something similar so these links can be sent to you Privately.

Thanks for your understanding in advance.

Regards from Michael and Daisy Mae

PROOF THERE IS NO SEPARATION OF CHURCH & STATE ~

MY YOU TUBE HAS ALWAYS BEEN ABOUT THE TRUTH - HOWEVER YouTube has been taken over by some form of POLITICALLY CORRECT BULLSH!T ENTITY THAT IS NOT ALLOWING THE TRUTH TO BE TOLD in a public Format... HOWEVER now I have access a.k.a. the PATREON ACCOUNT To speak untold truths that no one on you to or any other public agenda will dare speak and one example of a truth that everyone should understand is that the Vatican and or whoever or whatever controls the VATICAN CONTROLS THIS WORLD which I have proven beyond any doubt in video format which is why they are now censoring me on YOU TUBE ...so be prepared to see videos {[ HERE AND VIA E-MAILS sent directly to you for some off the chain videos ]}  on truths that No one dare discuss in a public venue.

And this is all proven in my book a.k.a. {{{ Angels on the Ark by Michael Fazio }}}
http://www.amazon.com/Angels-Ark-Michael-Fazio-ebo...

IN ADDITION you will see videos of Michael Fazio and Daisy Mae building their new hotel in the Philippines and the constant updates every 2 to 3 days that are Now being censored on YouTube via skewed view counts and zero AdSense.!

HOWEVER MY MAIN TOPIC WILL DIGRESS TO WHO CONTROLS THIS WORLD AND...

1] PROOF THERE IS NO SEPARATION OF CHURCH & STATE ~ Now about this previous sentence/statement America was founded on the principle that there Should be separation between church and state but I have a $10,000 running challenge that unequivocally STATES;

Among other things the dollar bill has a picture of the YALE SKULL AND BONES LOGO's Inside the nose of a hog nose bat Which is 2 and three-quarter inches wide And three quarters of an inch in height that you can see on my homepage video on this site along with...

And of course.. THE BOHEMIAN GROVE OWL opposing the hog nose bat itself when the bill is folded in a particular simple one time fold.!

And here is the link and title That you should view and share with everyone you know in my opinion.!
7 Secrets on DollarBill YALE SKULL&BONES 322 OWL ON DOLLAR BILL DIC OF DOOM using CANON VIXIA HF G20http://youtu.be/crHDjYsR7O8

Now as Pink Floyd would say... LET'S GET ON WITH THE SHOW.!

3] THE [[ SKULL & BONES WITH TEETH }} PROVES THE YALE SKULL & BONES HAS BEEN AROUND THOUSANDS OF YEARS ALL THIS I HAVE PROVEN BUT MOST DON'T CARE SO FOR YOU ~ FUCK U PROPER FUKUSHIMA IS A DEATH WISH FROM BIG BROTHER TO THE SMALL MINDED PEOPLE OF THIS PLANET...

Also in addition there will be hundreds of videos both future and past that have not been made public of the Philippines for you to look forward to At least once a week and probably 2 or 3 times each week a new upload will be available that is not available on YouTube itself.

Thanks in advance and have a great

from Michael and Daisy Mae In the Philippines baby

37% complete
1] MY FIRST GOAL is to provide you with interesting uploads on fields Of topics in regards to building and construction jobs in the Philippines.

HOWEVER the primary reason for starting this PATREON ACCOUNT is to Regroup some Some of the monies I have spent on cameras and computer hardware And thousands of hours of my time over the last 3 years while in the Philippines.

That amounts to approximately US $5450  IN EQUIPMENT ONLY and includes the following;

[ PLUS ] 3000 hours of my time  $60,000 at a minimum answering thousands upon thousands of questions and comments and purchasing equipment fixing and charging batteries and uploading videos And maintenance on equipment which take no less than 3 hours to make up load tag title and publish for each individual video.

1] the go Pro hero 2 which lasted less than one year Because of a factory defect in what is known as the C – 10 BUTTON/switch Which I was told is not available in the Philippines at a cost of $250 or 12,500 pesos which is total junk at this point.

2] so I upgraded to the hero 4 black edition which lasted 2 years at a cost of US$400 or 20,000 Pesos and again when I wanted to have it repaired the repair costs were more than the price of the camera or thereabouts? That is also junk at this point.

4] my original Asus computer laptop which also has no parts available and is going to have to be replaced shortly because the Wi-Fi aspect of the computer is totally gone and no parts are available. In addition the screen is gone and so is the keyboard so I will need 30,000 pesos or $600 to replace it with an equal and compatible product.

7] a Nikon camera for photography with lens which took a crap 6 months after I got to the Philippines totaling another wasted US$1000 or 50,000 Pesos because no one wanted to ship it to Manila via Any of the local stores because they would prefer to sell me a new one and I did not replace that Photography camera.

10] and an additional 50,000 pesos or US$1000 in miscellaneous incidentals such as underwater housings extra batteries and Chargers and about $700 in the new service contract for GLOBE Internet.

The total for the above is $5450 HOWEVER this doesn't include one peso or one penny for my time and labor or cost of electric including air-conditioning and building Work area to work on the cameras for charging and computer accessibility.

Those costs based on my labor rates in America And the fact that I spent about 3000 hours in the last 5 years making videos Would total over 65,000 American dollars for my labor only based on the hourly rate I would charge of $20 an hour minimum to even talk to somebody in America about anything I did for a living.

All told I have over $75,000 in time and equipment invested into making YouTube video so I ask you to donate if you wish to continue Michael Fazio and Daisy Mae Videos.

You pay for every other form of entertainment so if you cannot afford a few dollars more that is understandable HOWEVER you will not receive any private Advice and I will not even respond to your comments because they are far too many at this point to invest my valuable time when I could be working on my hotel project..

I have thousands of comments each month that I have given my knowledge and time to freely but no longer can this be accomplished because of YouTube's new AdSense policies which have reduced my income to about 30% of what it was 3 years ago.

I won't get into my earnings on YouTube but 30% of what it was 3 years ago is just not going to allow me to answer everyone's comments nor does it pay for me to do so.

So don't take offense if I don't answer your comments but typically in my life I got paid when I provided a service and it shouldn't be any different now considering I am offering you entertainment At a great expense and time factor to myself if nothing else?

Any monies that you donate on a regular basis will be taken into consideration when Mike 2.5 to 3 star hotel is opened up I will help you out In a reciprocal Manner based on your donations a.k.a. FAZIO DISCOUNT DOLLARS which I will determine upon looking at your history on my PATREON ACCOUNT

Regards from Michael and Daisy Mae in the Philippines baby.!

PS in case you didn't get it in the body of this letter comments will only be Addressed if you come a patron member. Sorry about that but that's the way it has to be.

Let me thank you for your patronage in advance and let's hope that this is a successful endeavor.

Recent posts by HOODWINKED BY AN ANGEL MICHAEL FAZIO