is creating Cartoons, Comics and Artwork 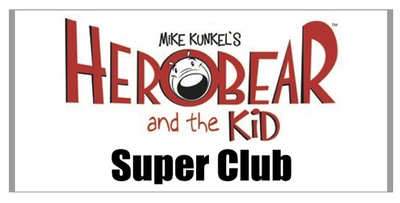 $2
per month
Join
Two gooood! Super GOOD of you to support the creation of more Herobear and the kid! And for your goodness you will receive :

$5
per month
Join
High Five for Five!  THE GREAT Level, is well . . . pretty GREAT.  And the GREAT thing is you will receive all previous rewards :

the Herobear and the kid SUPER CLUB!

Hi! I'm Mike Kunkel.  I'm a Cartoonist. Something i've wanted to do since i was little kid was write and draw cartoon stories.
I've worked for over 25 years in the Animation Industry on numerous Television and Film projects as a Director, Story and Development Artist, Character Designer, Screenwriter and Animator.  I've worked for such studios as Warner Bros, Nickolodeon, Cartoon Network, Sony Entertainment, Universal Pictures and Walt Disney Studios.
As a designer in television, i've been honored to win the ANNIE AWARD for Best Character Design in an Animated Television Production.
And as a published writer and artist, i've been nominated three times for the prestigious EISNER Awards and four Ignatz awards, and am the creator of the two-time EISNER Award-winning comic book series HEROBEAR AND THE KID.

Q. What is Herobear and the kid?

I created HEROBEAR AND THE KID for my kids, friends, and family.  I wanted to truly make an All-Ages comic series.  The stories are a nostalgic view of childhood, complete with new schools, bullies, true love, imagination, and…a magic bear.  It is a tale of childhood adventures about two best friends… Herobear and Tyler.
I've been working on it for nearly 20 years, and I've been overwhelmed and grateful for all of the AWESOME FANS that have embraced it.

Q: What is the SUPER CLUB?

I wanted to create a special club for HEROBEAR AND THE KID fans in the vein of the classic radio and tv fan clubs.
This Special, Secret(not-so-secret), Super Membership Club will give you unique access to the creation of my brand new and upcoming HEROBEAR AND THE KID comics, toys, products, art and other cartoon creations.
You'll see sketches and development of the next story AND get access to Patreon-Only Super Club EXCLUSIVES!  Even special pins, stamps and membership cards! 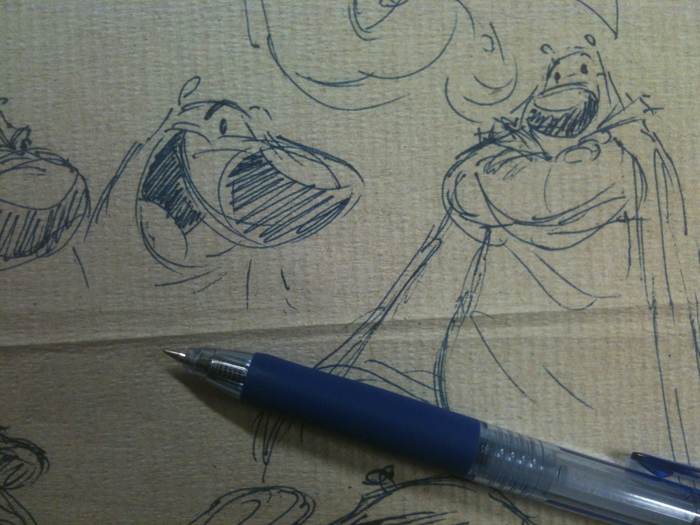 Q: What is this thing you call Patreon?

Patreon is similar to Kickstarter . . . however, where Kickstarter supports a one-time project such as a toy, craft, book or film project . . . through Reward Levels, Patreon is designed to allow support for the creating of ONGOING PROJECTS (such as comic/book series and creative brands) that they love such as HEROBEAR AND THE KID.    AND I really wanted a place where all these fans could join together in one place to enjoy the creation of my new comics and stories and projects.   Well, this HEROBEAR Patreon is designed to do just that.  :)

Q: How does Patreon pledging work?

By building a large community . . . small incremental support goes a long way.
The HEROBEAR AND THE KID Super Club on Patreon works like this: By joining one of the fun Reward Levels, your small donation-pledge each month brings you special artwork and story development, behind-the-scenes, unique exclusives, plus other perks all early and often unique to only here. AND you can join a community of other HEROBEAR fans!

My goal will be to update the look and feel of this project as it grows by adding new exciting rewards and interacting more with those that join the club.

- As you look around and check out all of the different REWARDS, i just want to
THANK YOU all for visiting and for joining in on this adventure!