NO AMOUNT IS TOO SMALL! 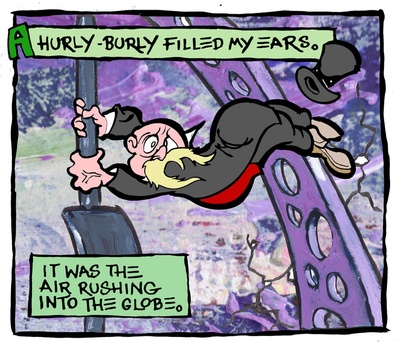 $10
per month
Join
No pledge is too small (well, hardly):
$2.00 will not only get you access to my exclusive creator's blog and a hearty (and heartfelt) "Thank You!!" on it, but also a BONUS PDF Monthly Subscription to works from my vaults going back 40 years! And on the blog, you'll be seeing previews of works-in-progress! Sketches; animation tests; see it all!

$10
per month
Join
$10 and up Patreon Subscribers get not only my hearty (and heartfelt) "Thank You!!" but also the Monthly PDF subscription PLUS an additional thanks: "Knight Life", a typeface font based on my comics lettering! Six delicious varieties, including Regular, Bold and Italic! 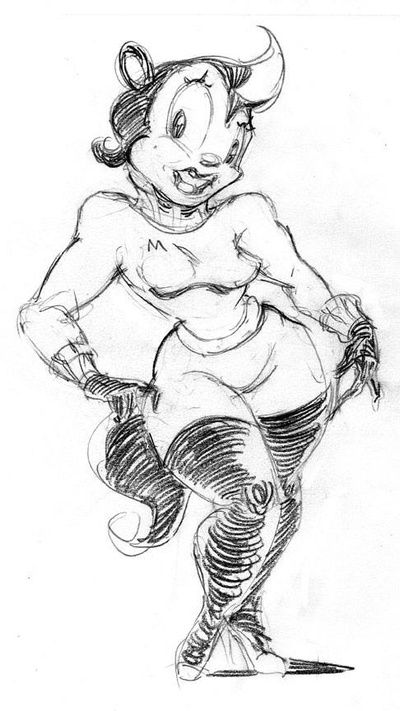 $20
per month
Join
$20 and up Patron Subscribers will receive not only my heartfelt "Thank You!!" and access to my exclusive Creator's Blog; you'll get the Monthly PDF Bonus, the "Knight Life" font, PLUS the additional reward of a black-and-white pencil sketch of one character, mailed to YOU!!

I'm just into graphics moving. Brush lines, ink lines, paint techniques. Graphic art. That's my interest. Not to see "something moving", but to see drawn or painted art moving. That is my interest in animation.

I am always at work on several projects simultaneously; currently, commissions, personal paintings and animation.

Born in 1962 in Mineola, N.Y. Started drawing, painting, creating my own attempts at comic books and animation at age two. Always enthused about drawing and creating characters, so much that it became a life force.
I've never formed a barrier between fine art and cartooning. The art of expression was always the most important one to me, and growing up, I treasured Chinese watercolors, Breugel, Charlie Brown and Terrytoons equally. My very young childhood was during the era of "pop art", when fine artists were freely inspired by comics and other popular culture; I remember being captivated by these works during trips to museums and galleries in New York.
Graduated from BOCES Cultural Arts Center (Syosset, N.Y.),then took classes in art at Hofstra and School of Visual Arts while beginning a freelance career.
Wrote and drew comic books and comic strips, illustrated, designed record covers, posters, candy and T-shirts, and exhibited paintings. My work has appeared in Heavy Metal, High Times, National Lampoon and Nickelodeon Magazine, and my comics titles include Hugo, Midnite the Rebel Skunk and Slug and Ginger. Came to the West Coast in 1991, working in animation as a designer, animator, and breaking in as a director on Felix the Cat.
My first Zora Neale Hurston adaptation, “Filling Station”, appears in African American Classics from Eureka Productions (for whom I have been adapting the work of classic authors since 2002). I also continue work on a stream of independent projects; animation, writing, more comics. I continue work on a stream of independent projects; animation, writing, more comics. My interest in every type of art I make is not in recapturing or approximating reality, but in creating new forms and abstractions and giving them their own unique life. www.miltonknight.net