About Me
Hi! I'm Mirabelle. I'm a queer ENBY visual and performance artist, writer, and creative technologist hailing from the Bay Area and currently living in Denmark. A former sexual assault and domestic violence crisis counselor, I run the grassroots organization Art Against Assault which encourages the creation of artistic works by survivors of sexual assault and domestic violence in order to raise discussion and funding for survivor resources.

Why Patreon?
Like many artists, COVID19 has made it impossible for me to attend residencies, speaking appointments, and other opportunities which would help sustain my practice. In response, I've started teaching online workshops which help emerging artists and technologists through a difficult time by offering instruction on developing a portfolio, deploying new technologies and finding opportunities.

What I Offer For Your Support
By supporting my Patreon, you can ensure the creation of these workshops and get additional perks such as early access to workshop materials, workshop requests, private Q&A, portfolio reviews, one-on-one advice, and interviews with artists, curators and collectors. I'll also regularly post interesting calls for art, residencies, and other opportunities as well as tips for assembling your application. For supporters who are interested in following my work, I'll provide behind-the-scenes documentation as well as tutorials so you can learn my processes as I develop them.

About My Expertise
My instruction is based on over ten years of experience as a professional artist having attended multiple residencies, exhibited around the globe, and served as a guest speaker and lecturer at universities across the United States. My work exists in numerous collections including the Center of Contemporary Art and the One Archives (the largest LGBTQ collection in the world). I possess an MFA in Book Art and Creative Writing, and worked for the Academy of Art University for a decade. Most recently, I helped lead an internship program, participated in community outreach, and developed permanent interactive works as a Designer / Developer for Meow Wolf. Above all, I want to encourage emerging artists to overcome their fears of making the leap into working as a professional artist and embrace their talents through careful guidance and community building. 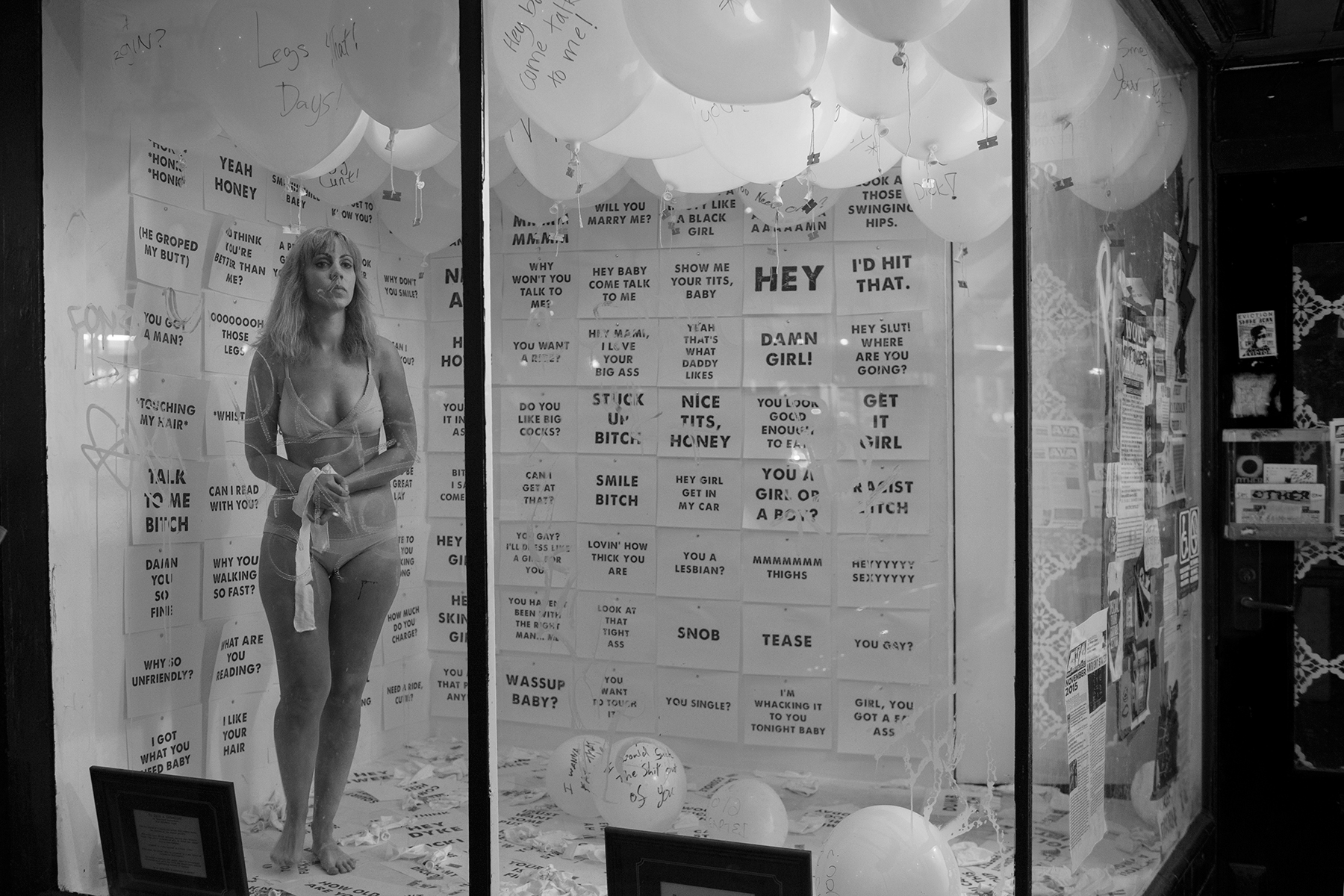 [Still from "To Skin a Catcaller" at ATA Window Gallery, San Francisco 2015. Photo by Lieven Leroy of Subversive Photography] 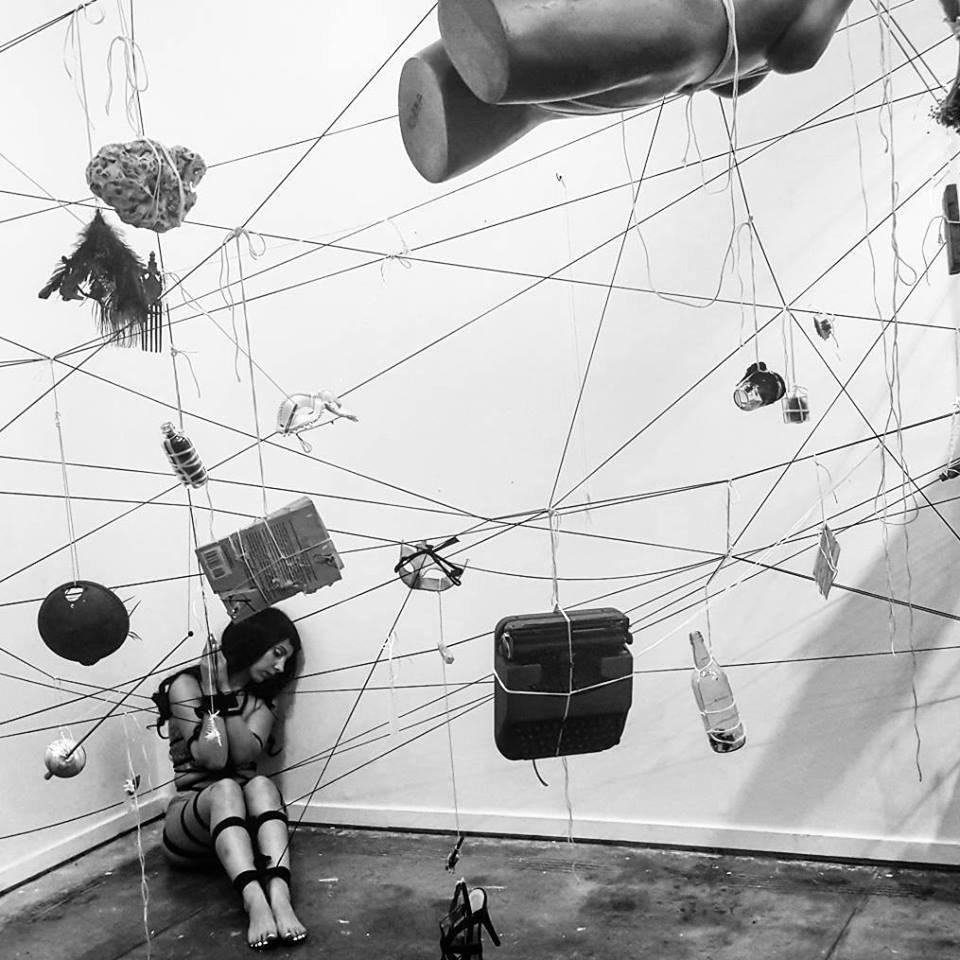 In 2015, I performed To Skin a Catcaller, bringing international attention to the issue of catcalling and street harassment. The performance, which stemmed from my personal experiences as well as my work as the community art's organizer for Hollaback! LA, went viral generating a conversation about street harassment around the globe which continues today.

Having worked as a journalist for over a decade, I've contributed articles to several outlets including Ms. Magazine on the subject of women's safety in public space, the importance of survivor narratives, and domestic violence. 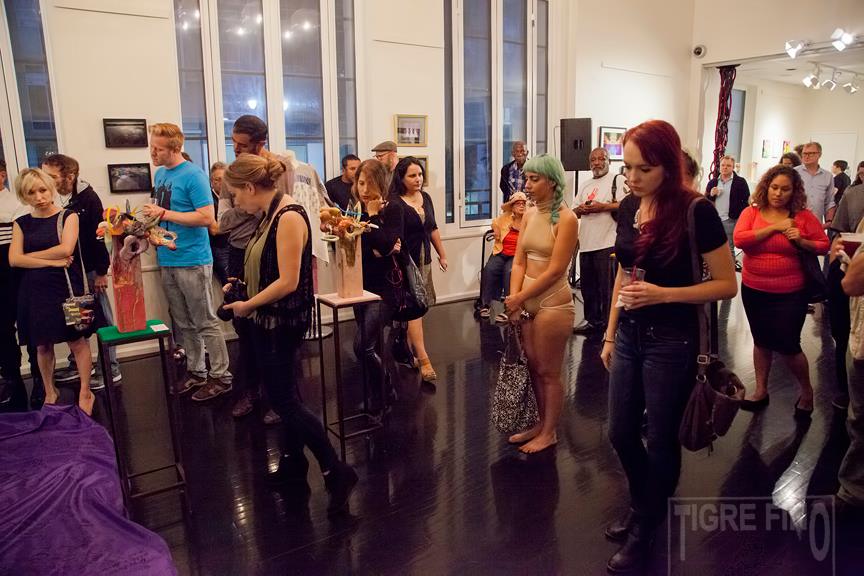 [From the performance "Violence and Visibility" regarding safety and queer identity. Montalban Theatre Los Angeles 2016 Photo by Tigre Fino Projects] 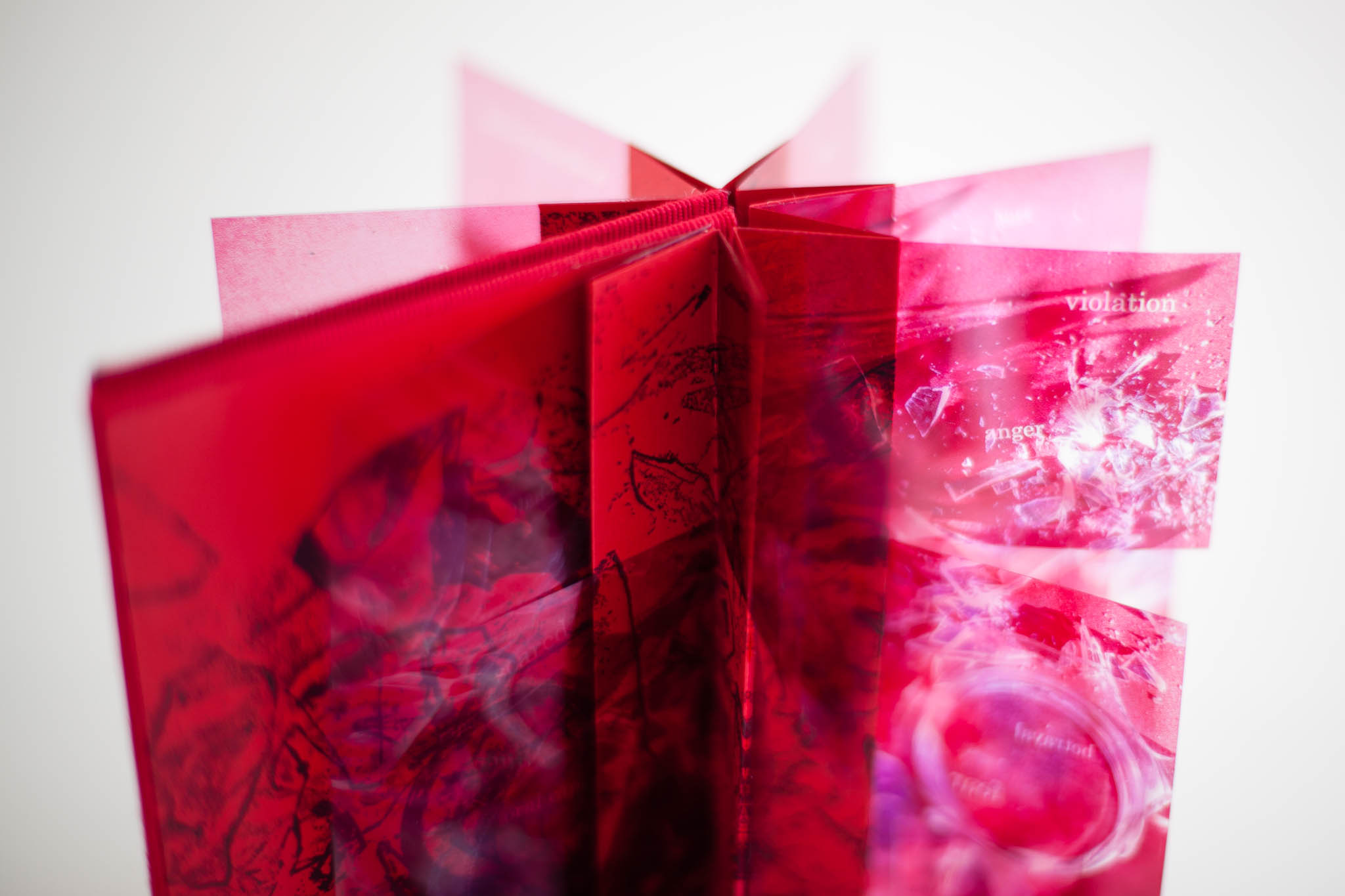 [Book two of JARRING III: A set of three books in an edition of 50 that share the true narratives of sexual assault survivors. Photo by Alex Brown]

[I AM NOT A CAT: collaborative public art performance. Letterpress cards say "call me" are passed out to catcallers. When the number is dialed, the catcallers are led to a voicemail with a collection of people's responses to catcalling.] 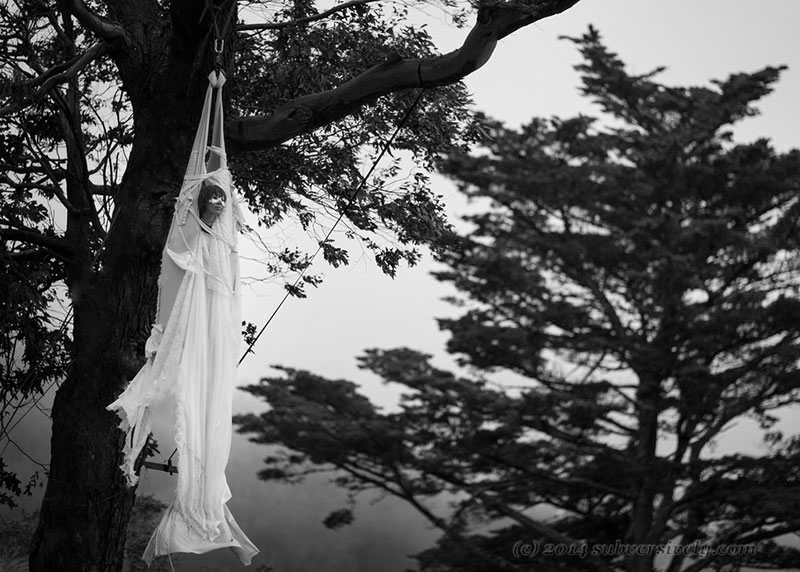 [From the performance "Cocoon" in which I lived in a textile cocoon in a tree in San Francisco for 18 hours. Photo by Lieven Leroy Subversive Photography]

But Wait, There's More!
I can safely say that my work is a balance of play-inspired, community-building projects, and critical social engagements.

To that end, I can also boast that I've lived in a cocoon in a public park in San Francisco, buried businessmen alive with a gaggle of infernal nurses, staged a slumber party with a live Where the Wild Things Are re-enactment in the IKEA bedroom department, held a metro-themed beauty pageant in Berlin, engineered a book that reads human gestures as creative languages, been painted head to toe with make up while suspended from a 30' truss, and endured the worst things said to women in public space in the buff and covered in powdered sugar. 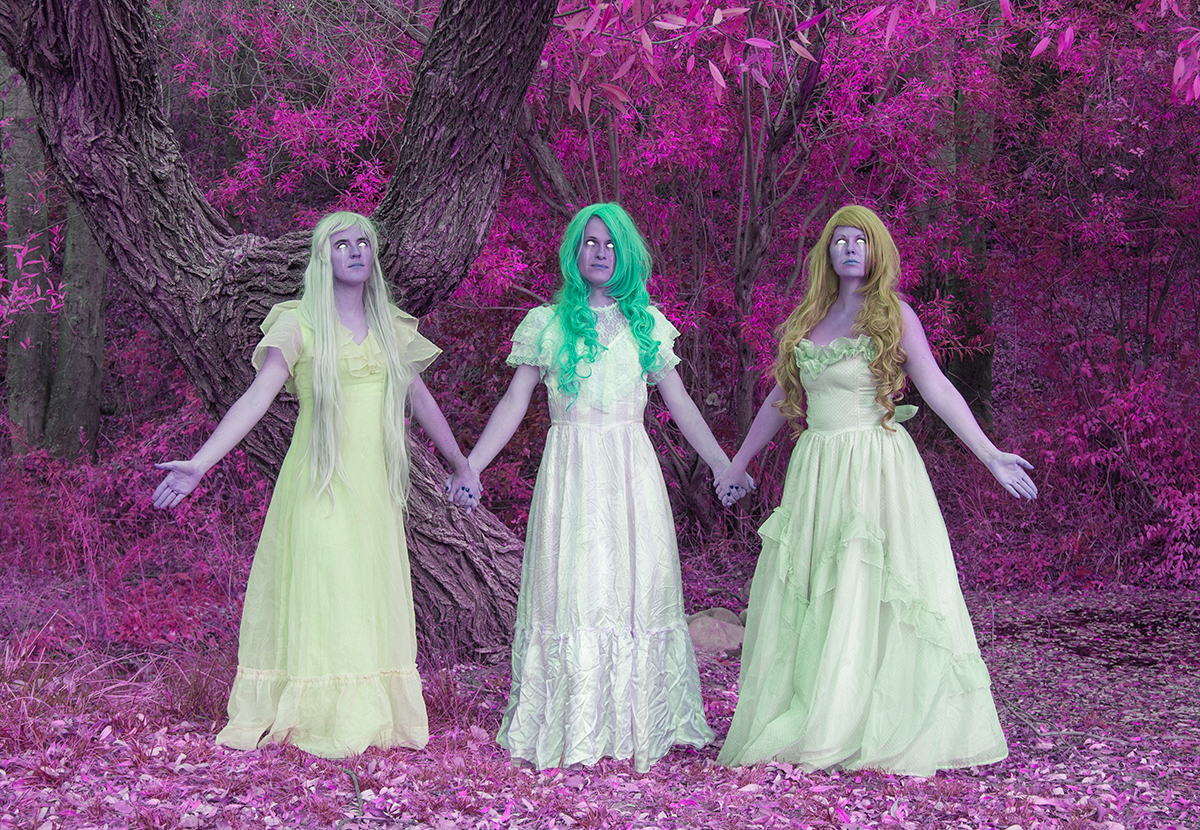 Want to See More of My Work?

Please visit my website for my full portfolio at: MirabelleJones.com


Thank You to My Supporters
Your support shows that you not only appreciate the work I do, but that you want to be a vital part of making future works possible. As an artist and educator, this is the greatest compliment you can pay me. I cannot thank you enough for your support.