$5
per month
Join
or save 8% if you pay annually
Full access to the NA/EU/JP version of the Speeder, including future updates.
Includes Discord benefits

$10
per month
Join
or save 8% if you pay annually
Full access to the Korean version of the Speeder, including all future updates.
Includes Discord benefits

$10
per month
Join
or save 8% if you pay annually
Full access to the Chinese version of the Speeder, including all future updates.
Includes Discord benefits

—removes/adjusts the 500ms delay between abilities (abilities/spells/weapon skills can be used in instant succession IF they are off cooldown [i.e. you still can't spam GCDs back-to-back]),

—automatically adjusts prices on all retainers while AFK (on multiple characters if desired) with a bevy of options (min/max price, ignore/match specific retainers, etc.),

—automatically lists items from inventory and/or retainer inventory while AFK,

—removes animation lock for abilities such as limit breaks and assassinate (not jumps unfortunately),

—increases the target circle of mobs and players to allow for more distant casting/ability activation,

—overlays a radar of nearby mobs and objects (toggleable),

—allows for the teleportation of one's character to anywhere in a zone, including to any of the six waymarks, under/over the zone, and to the cursor on the map, through the use of keybinds,

—allows for the ability to walk through objects and walls (i.e. no-clip),

—locks a player's movement speed to any value with an auto-adjustment for buffs/debuffs and mounts,

—allows for target canceling under any circumstance, resulting in the duping of hidden gathering items (and possibly others as well),

—allows for automated macros with the help of ACT triggers,

—reduces GCD by an assignable amount,

—queues macros as if they were regular abilities,

—sends retainers back out again while AFK,

—hacks the placement of furniture,

—places waymarks at exact xyz coordinates, even during battle,

—allows for the use of convenient, quality of life commands like /quickraise, which will raise anyone nearby, prioritizing healers and RDMs,

The full version also comes with a GUI, keybinds to turn these functions on/off, and regular monthly updates. As of right now, the tool only works with the DirectX 11 version of FFXIV for the NA, EU, JP, Chinese, and Korean clients. If you wish to use it with the Korean or Chinese client, you must purchase the "FULL (CHINESE)" or "FULL (KOREAN)" tier. Note that these clients are not translated.

To run: simply run the executable (as administrator) while FFXIV is running. Excluding "FFXIV Speeder.exe" from your antivirus may be necessary. 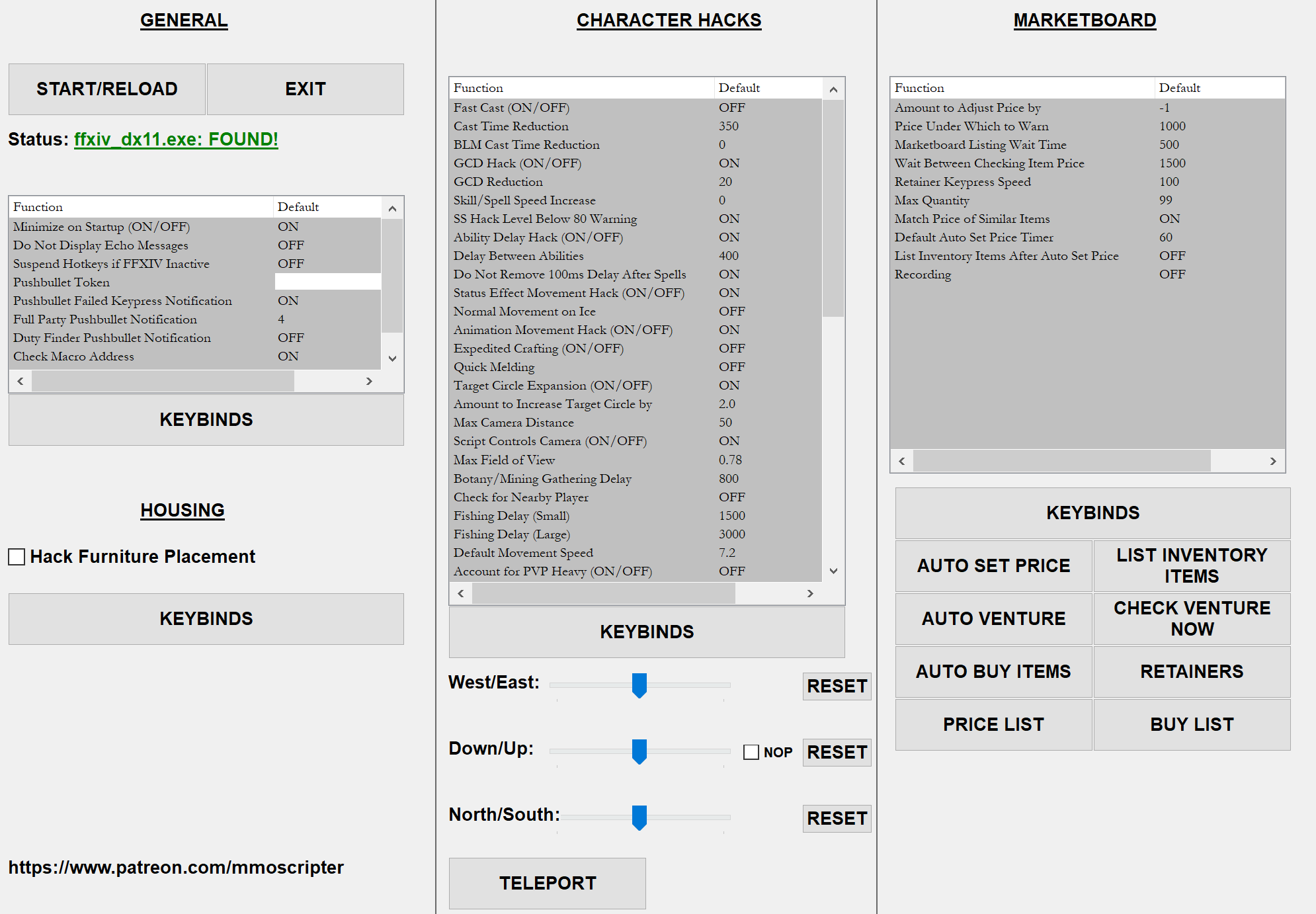 I will include a demo version here, which has the cast time reduction feature. Simply run the demo as administrator—while FFXIV is running—and all your cast times will be reduced by 0.35 seconds. The full version allows you to adjust the reduction to whatever you want, although 0.35 seems to work best. (Sometimes I forget to fix the demo after an update, so if it’s not working, contact me on Discord.)


About me: I've been playing FFXIV since release. All of the tools released here are tools I've made for myself over the years. It all started with the mudra lag (I used to play NIN) and my trying to diminish it as much as possible.