is creating Art and Production
Select a membership level

The Sunlight Zone
$1
per month

Thank you for your support! Under this tier, you will receive:

The Twilight Zone
$5
per month

The Midnight Zone
$15
per month

🦀 Suggestions on the next monthly topic for the polls!

Hello! I am Kal, although you might also know me as Psychorrhax online. I am currently a freelance artist with focuses on illustration and 3D production. Monkfish Studios is the little company name I work under, and maybe it can be something more in the future.

I create commissions of character art, concept art, and 3D animate. I am currently working on mastering the entire 3D pipeline! While doing so, I am creating a small webseries called 'Keepers of Grey'-- a D&D world with flairs inspired by other high fantasy I enjoyed. The 3D process may take a while on my own, but I will always show progress.

What this Patreon is for?

I appreciate all the support, whether it is people who enjoy my art or people who donate to my Patreon! While I plan on continuing to work on my art, supporting my Patreon allows me to dedicate more time to creating. I hope in the future to be able to sustain myself and no longer need a concurrent job. Finances saved will also go to supporting costs when I reach the stage of needing voices, sound, and music.
Due to the D&D-related content of KoG, it is not patron-exclusive, but will be shown to patrons a week earlier before going public.

I will continue to create illustrations, including a monthly full digital painting as voted on by Patrons.

What are the cool things that Patrons get? 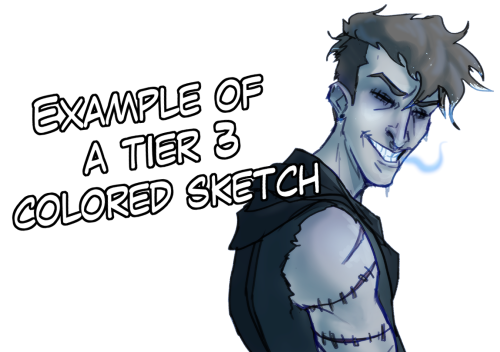 I will also show appreciation to people who support my work through specific tiers. While they might currently be limited, I can expand them in the future when I can gauge what I will be capable of.
(Tiers may change in the future depending on the number of patrons, but patrons will still get their appropriate tier reward for that month if this occurs.)
If my Patreon reaches member milestones, enough for a regular community, Monkfish Studios will open an official discord.

Thank you for passing by!

0% complete
At this goal, I will be able to completely dedicate myself to my studio!
1 of 3