pledging 5$ may not seem like a lot, but it's basically buying my a coffee once a month and you wouldn't believe how much coffee I drink!!!!! It'll give you access to my patreon feed which'll INCLUDE (*•̀ᴗ•́*)و ̑̑

pledging 15$ is HUGE, that's a yard of fabric!!!! this tier will give you access to some rad stuff which INCLUDES (๑•̀ㅂ•́)و

✪ all ✧ ONE STAR UNIFORM ✧ perks!
✪ access to photo-editing streams when I edit (usually around 1-4 times a month!)
✪ first dibs & discounts on buying my costumes when I put them up for sale!
✪  receive 1 polaroid a month from a costume I've shot!
✪ access to a monthly live Q&A!
✪ submit Q's to the Q&A!
✪ access to my private instagram!
✪ access to a patron only discord server!
Includes Discord benefits

✰ what dreams are made of ✰


there are still a ton of costumes i haven't tackled yet and dream shoots I've put off bc of how expensive it would be to make em happen due to materials & equipment! so I thought this would be a cool way for people who follow my work & are interested in seeing/learning more about it to do that while helping me ✶ESCALATE✶ the types of costumes I can make!! right now i'm pretty constrained by time/money so I often have to make more simple costumes that I have to sell after wearing once, where as if had a more steady dependable income for costumes I'd be able to focus on bigger projects!! 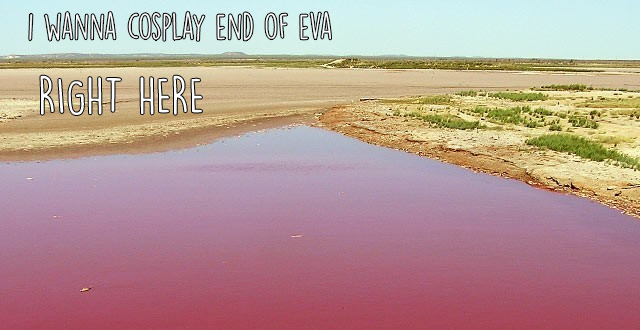 ✰ i want skye to choke me out on this beach ✰


one thing I'M SUPER interested in doing but i've never been able to for financial reasons is travel for cosplay shoots!!! the first place I really wanna go is ✞ THE BLOOD LAKE ✞ in texas to shoot end of eva!!! 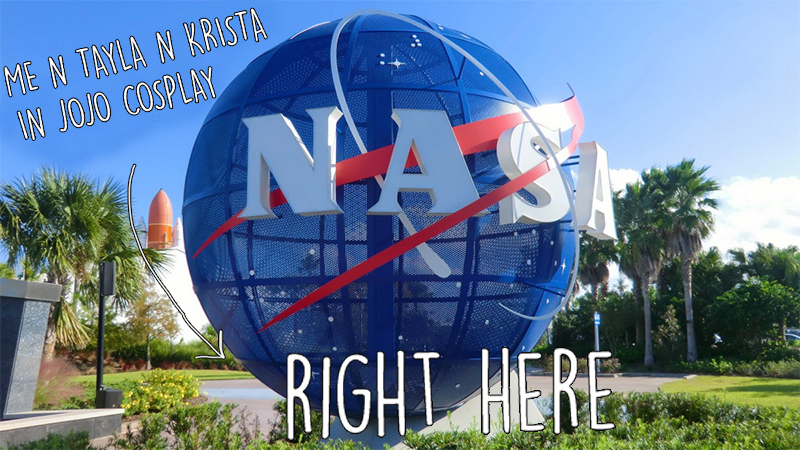 
another place I wanna travel to is florida!!!! I desperately wanna do a JJBA Stone Ocean group in front of the NASA globe & in a closed down prison location!!! AND RENT AN ALLIGATOR TO TAKE PHOTOS WITH!!! logistically this would be a super expensive endeavor AND on top of that I'd wanna do a bunch of different costumes over the course of the stay so this is a WILD PIPE DREAM but the kinda thing I'd ♥LOVE♥ to be able to do one day!!!!

real talk I'm going to try and make my dream costumes & do my dream shoots no matter what, cosplaying is a huge passion of mine!! but I know there's people who would be interested in sharing in ❇THE JOURNEY❇ with me & if you wanna come along n support me it'll also BIG TIME help!!! so hopefully things are just gonna keep getting cooler & XTRA, thank you so much for stickin with me!!! ❀❀❀

❤ what you're gonna be seein if you become a patron ❤


✩ a TON of sneak peek behind the scenes shots!!!

✧ ONE STAR UNIFORM ✧ & UP! INCLUDES ☛
✧ when i'm making the costume, so HELLA PROGRESS SHOTS!! I'll post more here than I do anywhere else, and you'll get to see everything i'm working on EARLIER than my other media feeds & MORE of it!
✧ when i'm shooting the costume!! I usually take a ton of selfies & behind the scenes photos that I don't end up posting, so this would be the exclusive place to get em, & I'll put em in a zip folder so you can just download em bada bing bada boom
✧ when finished photos from the shoot are READY!!! You'll be the first to see em & I'll post the whole HQ shoot in a zip for you to download!

✧ i don't post my upcoming costumes anywhere, so no one....actually really knows what I'm going to make at any point in time, this way you'll KNOW what's up!!! 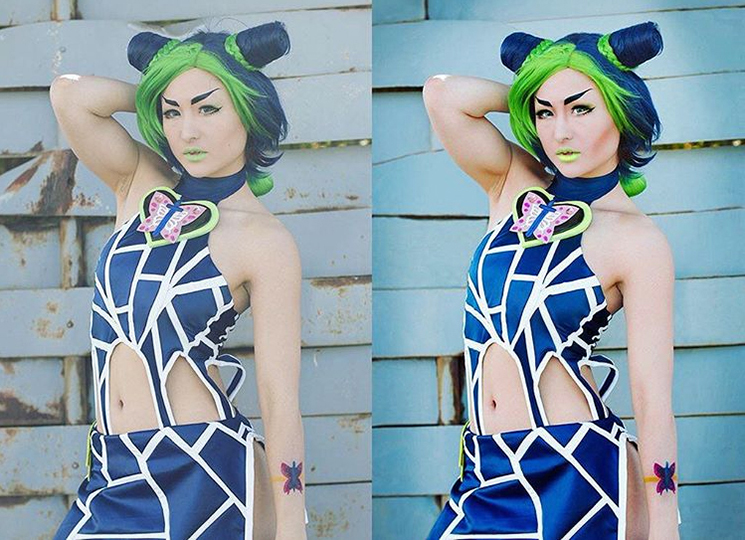 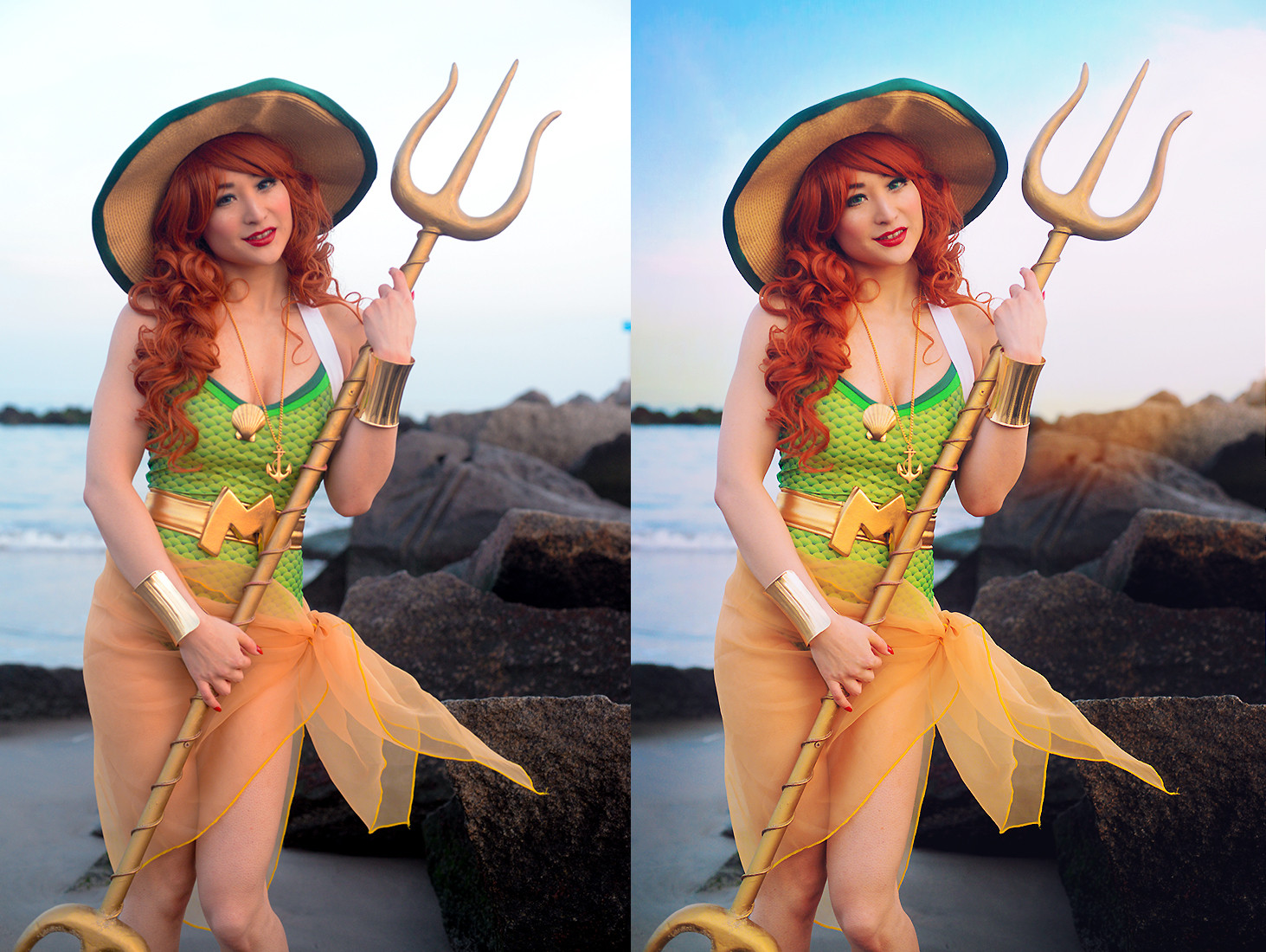 ✰ before & afters!!! i love you photoshop ✰


✩ photo editing streams!!!
✧ TWO STAR UNIFORM ✧ & UP! INCLUDES ☛
✧ i mainly work with one or two photogs & they're chill with me editing their pix!!! I edit several times a month, which I'll STREAM right from my computer so if you wanna see what I do with photos or learn how i edit you can!!! I've never had professional training BUT DAMN do I do it a lot!!! Maybe this'll give me an opportunity to learn something from you guys too!!! ♪(๑ᴖ◡ᴖ๑)♪


✩ monthly Q&A sessions!!!
✧ TWO STAR UNIFORM ✧ & UP! INCLUDES ☛
✧ live video replies to questions you submit over the month! y'all can ask me about anything!!! if you need help with a costume, or we're watching the same anime & you wanna talk about it or if ya just got something on your mind u were wondering!!!!
✧ THREE STAR UNIFORM ✧ Q's will be bumped to the top if there end up being a a lot of em!!!

✩ polaroids!!!
✧ TWO STAR UNIFORM ✧ & UP! INCLUDES ☛
✧ one free random polaroid a month!!! I'm gonna try n shoot at least once a month to keep up with this so expect new stuff ON THE REG!!!!
✧ THREE STAR UNIFORM ✧ get up to THREE free polaroids a month!!! you'll be able to choose which costume the first polaroid is of, and the other 2 will be random!!!

✩ first dibs on costumes i'm selling!!!
✧ TWO STAR UNIFORM ✧ & UP! INCLUDES ☛
✧ i often sell costumes after I've worn them 1-2 times, this way you'll get FIRST DIBS before I post about selling the costumes to the public!!! you'll also get a discount on the price of the costume equal to your monthly patreon donation!!!
✧ THREE STAR UNIFORM ✧ dibs get counted first!!

✩ swatches & hands on sewin help!!!
✧ THREE STAR UNIFORM ✧ & UP! INCLUDES ☛
✧ if you want (ya gotta lemmie know!!!) I'll mail you swatches for costumes I'm working on!!! This will include notes about where I bought the fabric & if I have any thoughts on working with it!!
✧ if ur ever having sewing problems WHENEVER you can contact me directly through here and I'll do my best to help out!!!


✩ i will straight up make a costume of your choice!!!
✧ KAMUI GOD ROBE✧ INCLUDES ☛
✧ this is only available for THREE people!!! if you're signed up to this tier for ONE WHOLE YEAR i'll make a costume of your choice!!! make sure you've got a few things in mind bc if it's something I HATE or it's wildly out of my skill range I'm not gonna do it that's fucked up, but I assume since you're interested in my cosplay we have some interest overlap!!! if ur curious before pledging to this tier if I would be okay making whatever it is you want me to make feel free to message me n ask!!! ღゝ◡╹)ノ♥

$254 of $1,000 per month
I'd really like to have a stream set up for when I SEW which is god damn constantly!!! but camera equipment is expensive, especially for sewing which would require multiple cameras/a WHOLE situation!! so this is ✷THE GOAL✷ this would also cover enough of my expenses that I'd be able to focus more on makin BIGGER more elaborate costumes/shoots!
1 of 1