Mike Allen is creating content you must be 18+ to view. Are you 18 years of age or older?

is creating novels, stories, poems & other types of writing 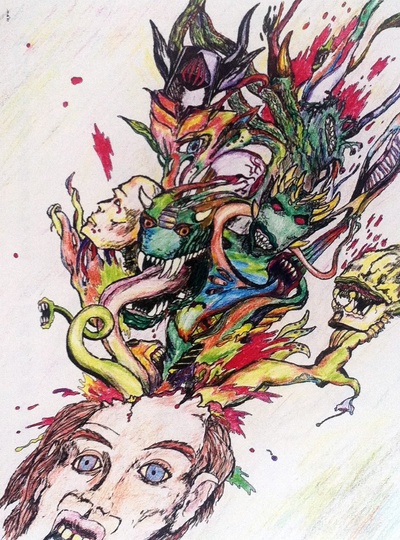 For now, I'm staying basic. Pay what you want and I'll share things I've concocted that can't be found anywhere else, such as ongoing drafts of stories and novels, works that can't be currently found in print or online, and even sneak peeks at brand spanking new projects.

Howdy! My name's Mike, and I write horror, sci-fi, fantasy, and stranger things. I'm also an editor and publisher — with my wife Anita, I run Mythic Delirium Books. This Patreon, though, is all about the writing side of my creative life.

I sold my first speculative poem in 1991 to a university lit journal, and my first short story in 1992 to a pay in copy zine that briefly achieved newsstand distribution before vanishing into the void. Since then I've been on a long, winding journey with some surprising highs. My poems "The Strip Search" and "The Journey to Kailash" won the Rhysling Award in back-to-back years, 2006 and 2007. My poem "The Thirteenth Hell" was picked for The Best Horror of the Year in 2009. That same year, my horror story "The Button Bin" was a finalist for the Nebula Award. My first book-length collection of horror stories, Unseaming, was a finalist for the This Is Horror Award and the Shirley Jackson Award in 2014. Three years later I was nominated for the World Fantasy Award, though that was for editing Clockwork Phoenix 5, the latest in my Clockwork Phoenix series of anthologies.