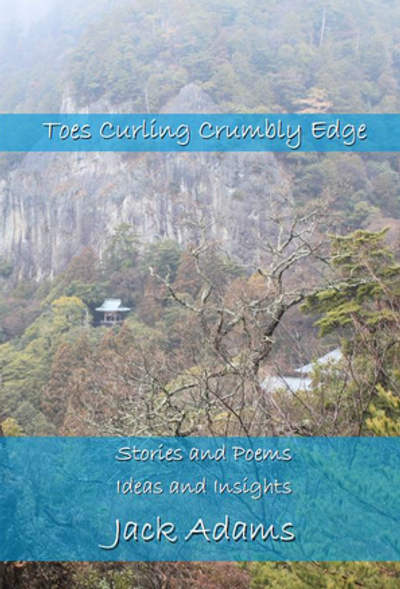 About Mythologies from Jack Adams

Almost 30 years ago I read the words, "Mythology, and therefore civilisation,..." and something just awoke in me. I had to read the page again to make sure that I had understood what was being said but there was no mistake. In those four words rested the claim that mythology and civilisation were synonymous, an idea that I had never encountered previously. I was a homeless man keeping myself warm in a library but that was the moment my life changed. I knew that I wanted to study mythology as a subject, study it intensely and very seriously.

If you had been standing in that library on that day and seen that homeless man sitting at that desk with the two bags containing his worldly possessions by his side, a second thought would have seemed an unnecessary luxury to you. Should another person have tapped you on the shoulder, you would have listened incredulously as they whispered into your ear:

I was 36 years old when I was sitting in that library. If that same person had whispered those same words to me as I sat before my book I would have told them that they were clearly insane.

However, here in 2020, those small whispers hardly scratch at the story of what my life became after I had finished the last page of Joseph Campbell's first book in his Masks of God series, Primitive Mythology. I have lived, breathed, slept and sweated mythology ever since simply because I fell in love with the ideas I began to discover. This was never a chore, this was always a passion. Now, as I reach my middle 60s, I am starting to share what I have learnt and put forth some of the research I have undertaken.

Why am I starting to learn how to do podcasts? Why am I teaching myself yet another software program? Why is any of this of interest to anyone but myself?