Who are Naïve Sprites?  What is the Project?

Naïve Sprites is an indie otome game group that’s currently developing a visual novel entitled A Very Important Date. Our goal is to make stories that all of you wonderful people want to read. We hope to shake-up the visual novel market with more westernized stores, while still retaining the beautiful anime inspired art.

A Very Important Date is a project that started in June of 2014 by Noelle while she was struggling to get a job because of a multitude of health concerns. Since that time, Noelle has joined forces with other like-minded individuals to help create this game.

Noelle, being an avid collector of other otome titles, has based the design and format of the game so that it is both familiar to veteran mobile players and newbies alike. When A Very Important Date is released, players will be able to follow the story with two vastly different suitors, with three (or more) planned to be added later. Each story will follow our main character, Alison, through twelve chapters, two separate endings and a three chapter epilogue. Sequel stories have also been planned for each suitor, covering eight to ten chapters.

Currently, A Very Important Date is scheduled for the late summer of 2016.

A Very Important Date follows the life of Alison Sunderlund (default name), an ordinary, small town young woman from Edelburg, Ohio. By day she works as a server at a café and by night she takes care of her house and family, her dad and younger brother. It’s a relatively average life, although, she never gets much time to herself. One night, Alison decides to play a game on her handheld console before falling asleep. But when she wakes up the next morning, she finds herself sitting under a tree in a strange new world.

As she explores her new surroundings, meets a few of this new world's citizens, and accidentally sets off a top of the line theft protection system, leading her to the mansion of one Gwyn Arkwright. After hearing Alison's story, Gwyn offers Alison both a place to stay while she tries to figure out how to get to her real home, and job at his café, The Looking Glass. Being a new employee at the café, however, means she'll have to be trained by one of its current employees. Which job will Alison choose to train for? Will she be a server, a cook, or a dishwasher? Will Alison ever figure out what strange world she is in? Is she even on Earth anymore? Will she ever return to her old life? But then again... will she even want to? 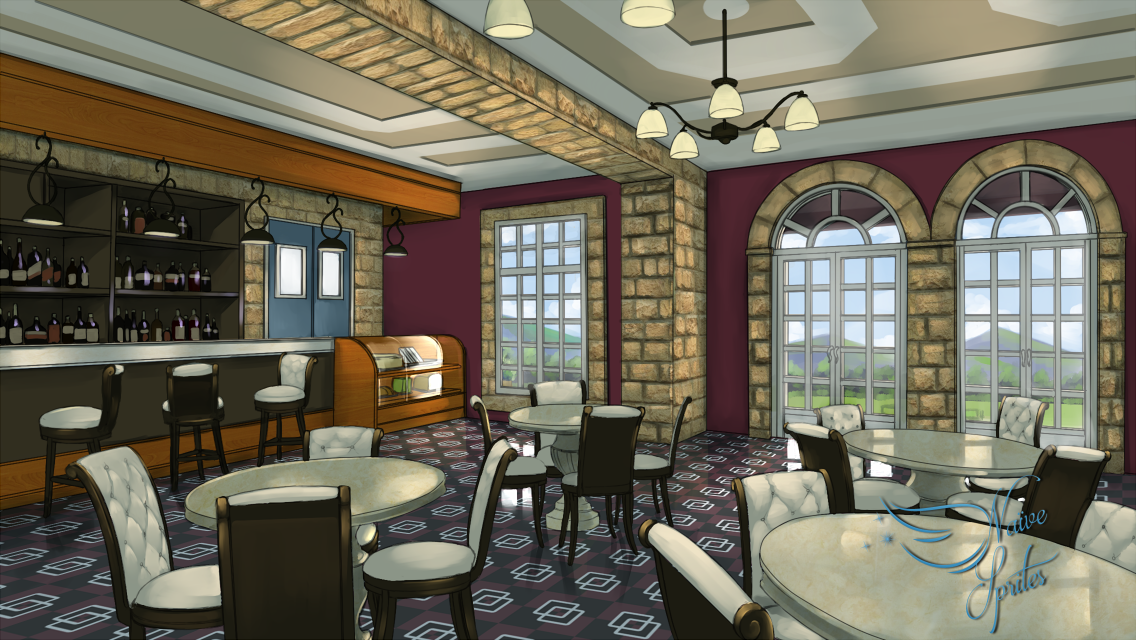 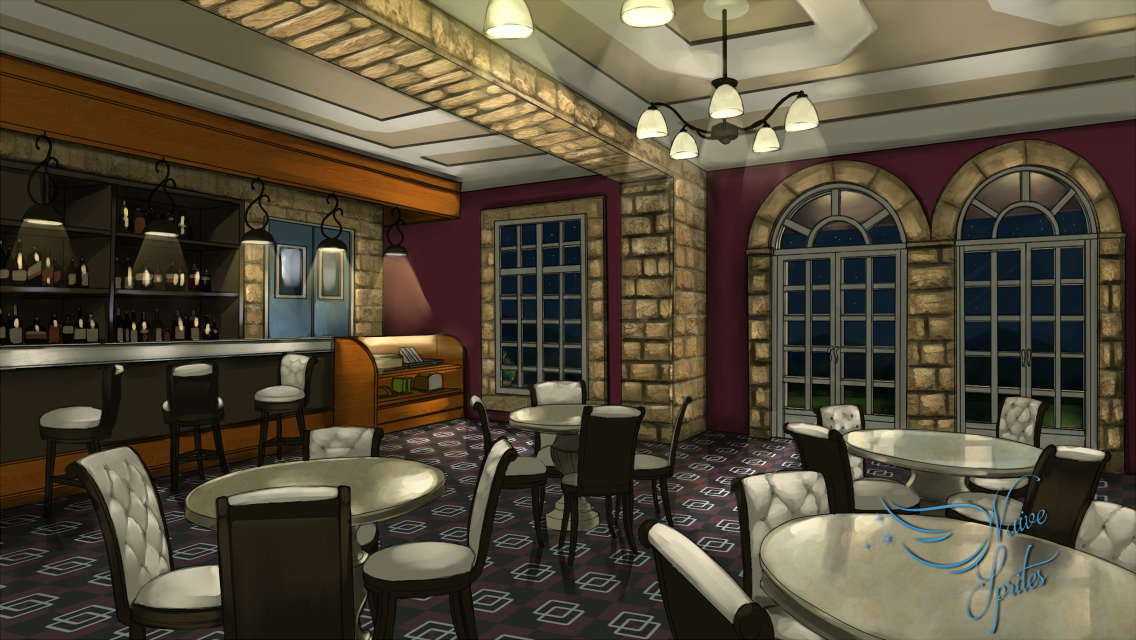 It’s here! It’s here! Our First Very Important Demo is available for download! Again, just as a warning, this demo is very basic, but we wanted to show progress of some of what we have so far. The backgrounds are finalized pieces and the GUI design is finalized for the most part. As we’ve said before, our sprites are being redone, but the overall character design is staying the same. We are still working on the music department, so we apologize for there being no music or sound within this demo. Once we have more finalized, we plan to release another demo, which will feature Gwyn’s and Emil’s first three chapters.

So please enjoy! Any feedback is appreciated.

Most of the members on the team are either college students or recent graduates who are struggling to get into their industries. Because of this, we are low on funds and want to pay people the money they rightfully earn on this project. We don’t want the lack of funds to slow down the project, or worse cause us to have to bump back the release. We want to get this game finished so we can get it out to all of you wonderful fans on schedule. 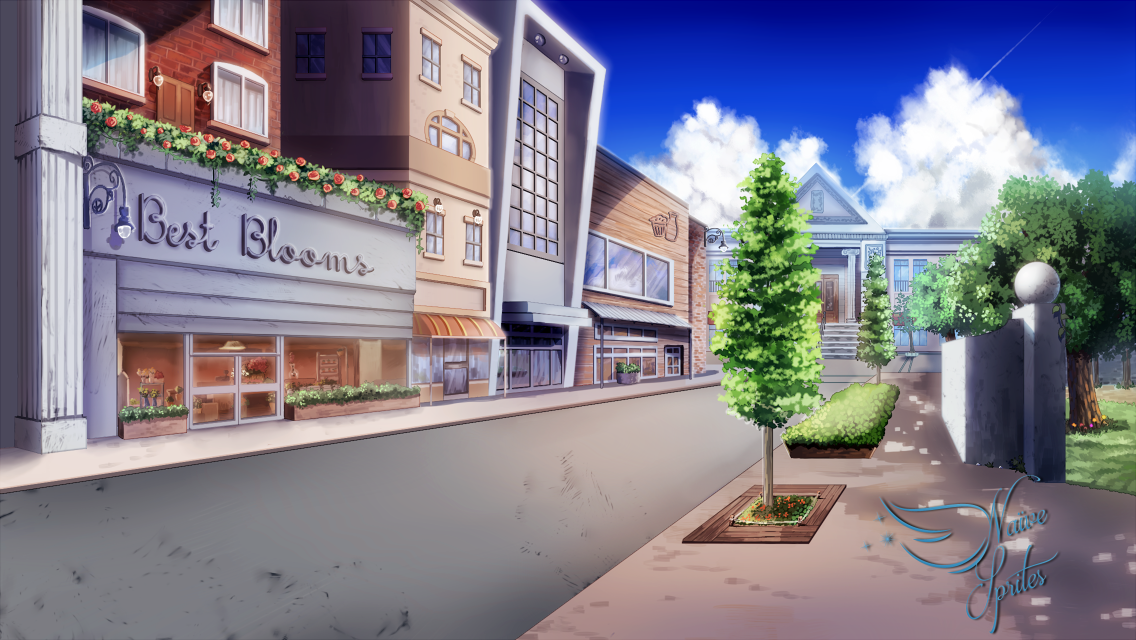 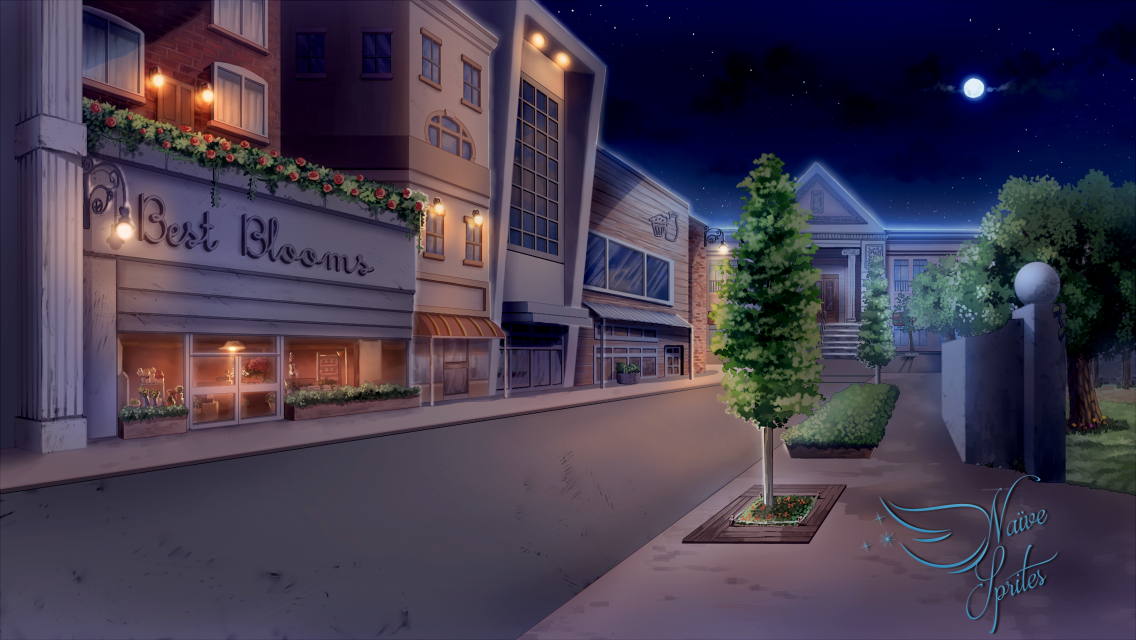 Where will the Money go?

Funds gained through Patreon will be going to our sprite artist, concept artists, and background artists. Sprites average at around $100 each with all of their changes, CGs/Event images start at $60, backgrounds range from $45 to $75 each based on difficulty, and concepts can range from $30 to $50. At the moment, we are still working out the music prices. We currently have it planned to have 5 CGs/Event images per main story and we don't want to have to cut that down. If anything we want to increase that number.