nalem is creating content you must be 18+ to view. Are you 18 years of age or older? 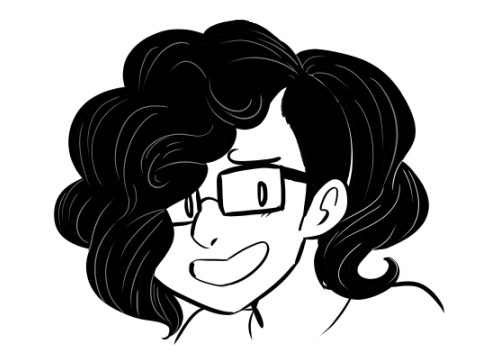 Hi!❤ I’m Mel and I am a nonbinary Latinx cartoonist.
For the past decade, I’ve gone by the pen name nalem.

I created a comic called Lighter than Heir. The famous Zeppelin Von Schultheiss is tired of living in the shadow of her father. So what if he was a war hero? there will be other wars! And who cares if everyone loves him? Love is for people without true ambition! And it's not like it's a big deal that he could fly. I mean... well okay, that was kind of a big deal. But Zeppelin can fly too! And unlike her beloved war hero father, she isn't dead.
So join Zeppelin on her personal quest for praise and glory, or just sit back and get on with the praising and ...glory-ing. Because the military is going to be a cakewalk for someone this headstrong and arrogant.
Right?
(Start reading here to find out!)

Sometimes of the sexy variety!

I love producing comics and cartoons for everybody, but those things usually have to take a back seat to day jobs and freelance work to make ends meet.

But I can put all my focus back into those projects with your help!

By becoming a monthly patron of my work, I’ll be able to afford to pass on the other work so I can put more time into producing more Lighter than Heir, artwork…And can even start on some new projects! 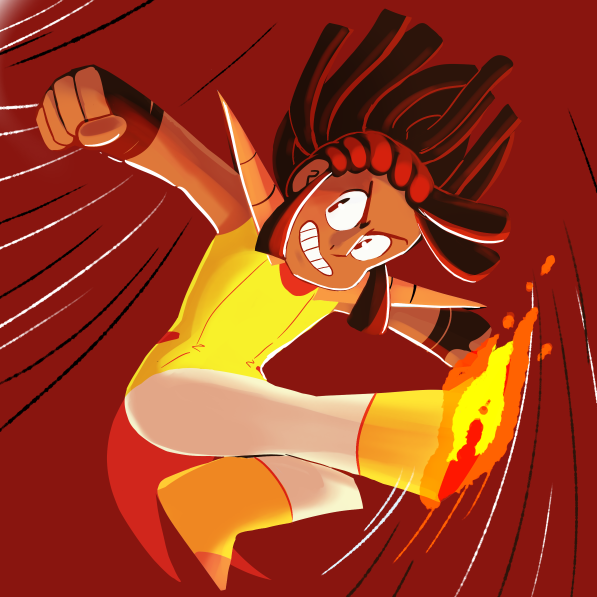 The world is under attack by strange phenomena. The protectors of the planet come in two classes: the hardy brawler, one who’s skilled in hand to hand combat and projectile energy, and the tender mage who summons magic with fabulous costumes, glitz, and glamorous trinkets. Both co-habituate and developed certain societal roles and attitudes regarding what's acceptable behavior pertaining to their class.
Since they were a child, Sol Dorado was expected to be a mage, but the role never quite fit. They always found themselves more drawn to the brawler lifestyle and preferring sparring matches over frilly dresses any day. But that doesn't sit well with some. It's OK, because Sol refuses to go down without a fight!
Dine N Dash [NSFW project, coming 2020] Dine ‘n Dash is a story about love (not a love story) and two women,
one seeking fulfillment through commitment-free adventures and the other hoping for a romantic partner. In this universe, the Emperor successfully destroyed Aku, so the nameless Samurai ended up having a relatively normal life... but Aku left behind 7 daughters, and after 25 years, they want revenge.
(Read the prologue now!)

My webcomics will always be free to read.
This is just a way to help keep the work coming! 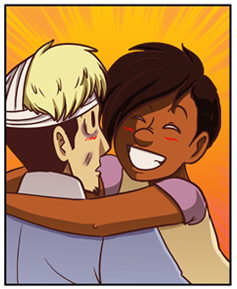 Thanks so much for your time! Take care! ❤
-Mel