is creating live shows and podcasts

$5
per month
Join
or save 16% if you pay annually
Become a patron at this tier and receive:

$10
per month
Join
or save 16% if you pay annually
Become a patron at this tier and receive: 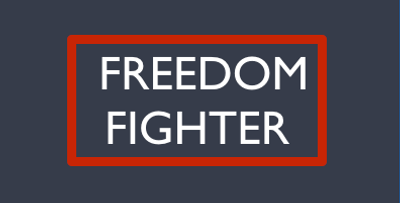 $20
per month
Join
or save 16% if you pay annually
Become a patron at this tier and receive:

After the 2016 U.S. election, it was clear that something was broken in our democracy. I had to find out what happened so I launched a blog. That began a now 5-year journey exposing the attack on America's democracy and everything else that followed.

At heart, I'm an investigative reporter with an unquenching thirst for truth, I spend my time obsessing over the details so you don't have to, looking for ways people, places, and events connect to each other and building narratives that are revealing and entertaining. Narativ has broken many major stories and with your help, I'll continue to do so until our democracy is fully restored.

In 2020, the blog became s live video show on Twitter and YouTube (Tues, Wed, and Fri at 7 PM ET) and a video and audio podcast. Narativ has become a staple for journalists, celebrities, academics, activists, and concerned citizens seeking a deeper understanding of current events in our fast-changing world.

It's all because of amazing patrons like you. You produce each and every show we make and every investigation we launch. Without you, much of what happened since 2016 would never have been revealed. I can't thank you enough for believing in me and for supporting democracy.

Feel free to share your thoughts and suggestions below. I love hearing from you.

PS: Scan the QR code in the image above for immediate access to the podcast on Apple Podcasts.  Don't forget to hit the follow button.

28% complete
Our Mission:
To tell the true story of our time through an independent lens using emerging technologies to empower informed action.
2 of 2