is creating a celebration of Japanese Literature, Cuisine, and Culture 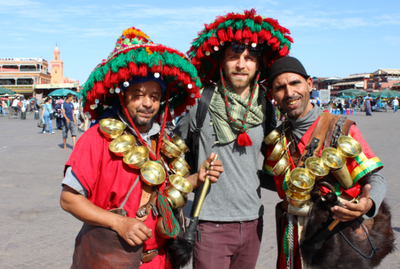 $1
per month
Join
"One Dollar, Almost Free." A phrase heard throughout the markets of Cairo. And hey, it's not so far from the mark. And that's the beauty here: if your really think about it, one dollar can change the world. I am truly grateful for your contribution and will write you a personalized email with some of my favorite quotes and suggested reading. 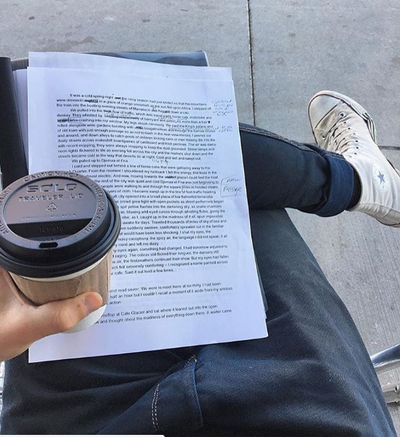 $5
per month
Join
A personalized monthly letter, including a hitherto published poem. And yes, we're talking snail mail here! for those of you nostalgic as myself for the feel and experience of opening far-flung letters. Featuring background stories and updates from the website, unique finds in my constant hunt for vintage ephemera and bizarro objects, and other confessions of my meniacal, writerlyself.


Think of this as a personal conversation.

Japanese Film: A Journey in 10 Films 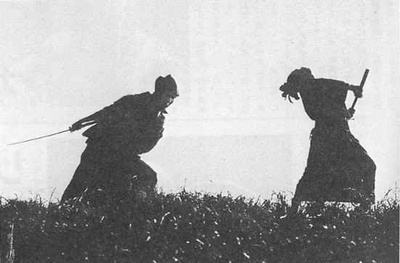 $10
per month
Join
Welcome to Japanese Cinema!
Your mission should you choose to accept: We'll cover 10 films from the cinematic world of Japan, from myth to mythic, fact to fiction. While the West has taken on the mantle of Marvel, Japan continues to explore new territory, preserving the past with such titles as Shin Godzilla, and exploring new frontiers with the likes of Ringu, Battle Royale, and Tampopo. This brilliant industry paved the foundation of what became such treasures as Avatar: The Last Airbender, Star Wars, and a new wave of American animation. The list goes on.
Despite having a 120+ year history, beginning in the late 1890s, little is known of 日本映画 (Nihon Eiga) aka 邦画 (hōga, "domestic film") outside the heartwarming and strange genre of anime or thrilling monster flicks. And I hate to break it to you but Godzilla, Pokemon, Dragon Ball Z, and Miyazaki, these are not the only films coming out of Japan! But it's not our fault. We don't ask the questions we simply don't have the language to ask and frankly the fact that Hollywood does little to expose the West to World Cinema is one of the greater disservices of modern art. This limited exposure obfuscates one of the world's most rewarding, culturally diverse (sometimes perversely racist), and proactive mediums and it's my hope to share the pleasures, rewards, and heartache that accompany each film respectively.
From mind-bending soundtracks to colorful displays of affection. From slapstick "ramen westerns" to various period pieces. From slash-em bash-em samurai flicks to the monster and superhero films that arguably inspired the world as we know it. Addressing such age-old questions as:
What is reality?
Did George Lucas rip-off Japanese Cinema in the production of Star Wars?
And more on point:What is Bunka Eiga
What the hell is with those costumes? The charades? Could this all be for nothing?
What is Kubuki?
What is reality? Again, really, tell me!
I'm looking forward to your feedback and would love to know if any of you out there are interested in the subject because I would absolutely love to take this journey with you. Alternatively, give me a big thumbs down if I'm beating a dead horse because... sometimes I tend to wander aimlessly down rabbit holes. But I figure that if you're going to join me in this journey across the Floating World, then we best start from a point of familiarity, before diving into the deep past.
10 Films. 10 Weeks. Asynchronous if you wish, for I'll deliver these beauties weekly, postage paid. Should you choose to join me all you need to do is sign up, I'll deliver more information on that presently, and you can sit back and enjoy a new film delivered to your mailbox every Sunday for 10 weeks. Additional content will include a breakdown of each film with an attached program explaining, to the best of my knowledge, the significance, importance, and value of the film in question.
I promise you this will be worth your time!
So what will it be? Yes, No? Yea, Nea? はい (hai), or a big resounding いいえ (iie)?

Hello and ようこそ!
I am a student of Japanese language and literature at the University of Missouri-Columbia and it is my immense pleasure to welcome you to the airy, the eerie, at once sensual and sterile, the Floating World of Japanese literature.