Nick Sun is creating content you must be 18+ to view. Are you 18 years of age or older? 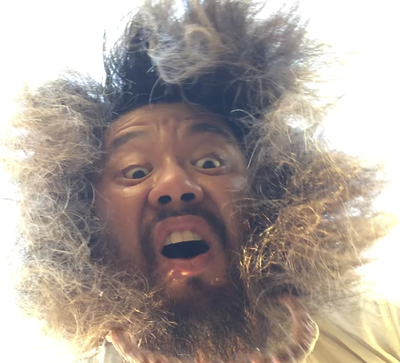 $2
per month
Join
- You will gain membership into my religious cult for the duration of your support. This has untold benefits upon your life in this world and the next, namely free entry onto the mothership once it arrives PLUS a complimentary drink at the bar.

-  You will gain access to secret videos that I would prefer to not have public due to a range of personal and legal reasons. 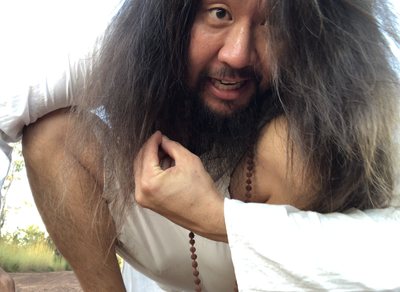 $5
per month
Join
- You will gain access to all lower tier rewards.

- You will also get a complimentary E-copy of my book once it has been fully produced.

- You will gain a greater insight into the nature of reality through being more intimately connected to me because you are giving me more money.

- All karmic sins up to this life will be cleansed and forgiven, and you may now commit any grievous acts of gross impropriety and get away with it, as long as you don't get caught. 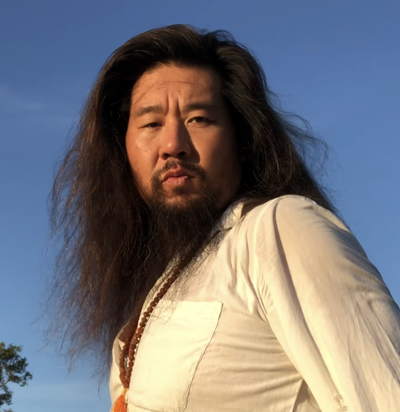 $10
per month
Join
- You will gain access to all lower tier rewards.

-  I will provide psychedelic integration/spiritual counselling via email or whatsapp.

- I will assume the role of the ethnic-secret-knowledge-holder-archetype and visit you in your dreams and tell you everything that you want to hear and MORE.

- You will be given at least five major secrets to the universe.

Who am I?
My name is Nick Sun.
I am a thought loser, change anus, light wanker, spiritual groper, sham-man and golden way shower.
I am also the creator of my as of yet unnamed religious cult that is based on worshipping me as the saviour of humanity through frequent barbecues with vegan options.
Prior to this, I was a comedian for 14 years, before seeing the light and realising that the time for laughter was over. After spending five years eating several times my body weight in psychedelic plants and documenting my healing journey in my popular underground blog
(www.medium.com/nicksun), I came to the realisation that I was the chosen one sent to liberate human beings from themselves through enslavement within my religious cult, where I shall indoctrinate them with my hilarious comedy writings and videos that cover a wide array of topics such as psychedelic plants, spirituality, the apocalypse, and self-growth.
I am also the writer, producer, director and star of the critically acclaimed, immensely popular and widely venerated Post Apocalyptic Lifestyle Show, PALSS, that can be seen on my youtube channel (https://www.youtube.com/channel/UCeRTMPLaHRHqjffwv...).

What do I do?
I do many things. I make comedy videos. I write funny articles about what it means to be a human being in this world right now. I am in the process of editing my first book. I am also the only living embodiment of God-consciousness upon which the very axis of this world spins
I also do many things that I would prefer not to discuss in public thank you very much. I live. I breathe. I think about the future of the human race.
I also think about burritos. Mmmm burritos. Nothing like a burrito to take the edge off the apocalypse.

Why do I do it?
I can't help but not do it. Creating comedy content in various mediums is the only way that I can process this insane world, otherwise I lose my mind and feel mentally ill.
Nobody else sees the world the way I do. Not everyone will get it either, but those who do get it, cannot get it from anywhere else.
I provide a left-field perspective on the world, something that is much needed in this time, as we are experiencing a famine of ideas and it is only through alternative ways of seeing and doing things that our civilisation can hope to survive.
Yes that's right, I am the saviour.
Join me.

What do I want?
In a perfect world, I would like to have to have my existence subsidised by people who enjoy my creations, so I can continue to devote the majority of my waking existence to making my religion the most financially successful of all world religions, as well as creating more comedic content, for it is only through the creative act that I find solace from the pain of being human hahaha!
(I thought I would put a 'Hahaha!' at the end so the statement sounded a bit more light-hearted.)
If I can cover food and rent, I will be able to focus on creating more articles and youtube videos, as i continue to attempt to decondition myself from internalised control systems that were imprinted into me by life in the matrix.
There is no one who sees the world like me. My comedic perspective is of outstanding value to not just the human species but all forms of life both in the physical and non-physical dimensions. In fact, scientific evidence has concluded that I am by far the greatest human being who has ever walked this planet.
Take my hand, let's make humanity great again.