Personal "thank you" message, plus early access to new chapters of "The Poet In Me"- a (satirical) romance novel by none other than Prince Mith, Enderal's favorite underappreciated poet!

All of the above, special Discord tag, read each chapter 1 day early (sent via email with thank you message)

All of the above, special Discord tag, your name at the end of each chapter

The web version of Book 1 is officially finished! Pledges paused until Book 2!

I'm currently grinding away on the physical version of the novel, which I plan to make available for pre-order in January and done by June 2020. It will come with a new cover, a fresh round of professional copy-editing and a pretty much completely revised manuscript with several substantial changes to the story. Once the manuscript is on its way to the editor, I'll start with Book 2, hopefully releasing the first chapter in July or August.

In the meantime, I'll try to post regular updates on my progress as well as new chapter on my satirical romance novel "The Poet In Me," but you will not be charged any money. You may still sign up to support me if you wish. :)

Thank you for your support and patience!

Read the latest chapter: Dreams of the Dying - CH 33

Click here to join the Enderal community on Discord!

Subscribe to my newsletter for updates and a ping when the paperback comes out
What do you create?

"In a nation where wealth equals worth, a mercenary, a priestess, and a psychic must enter a merchant king's disturbed, dreaming mind to prevent a civil war."

Glad you made it here! I'm Nick, and I write a Fantasy web novel called Dreams of the Dying. It's set in the  Enderal universe, a popular Skyrim Total Conversion for which I wrote the story, but the novel stands on its own - you don't have to play the game to understand the book. There's also an audio-book version in the works - you can listen to the latest chapter on YouTube.

So, if you care for a modern Fantasy tale with mystery and horror underpinnings and a bit of romance, give it a try! :) 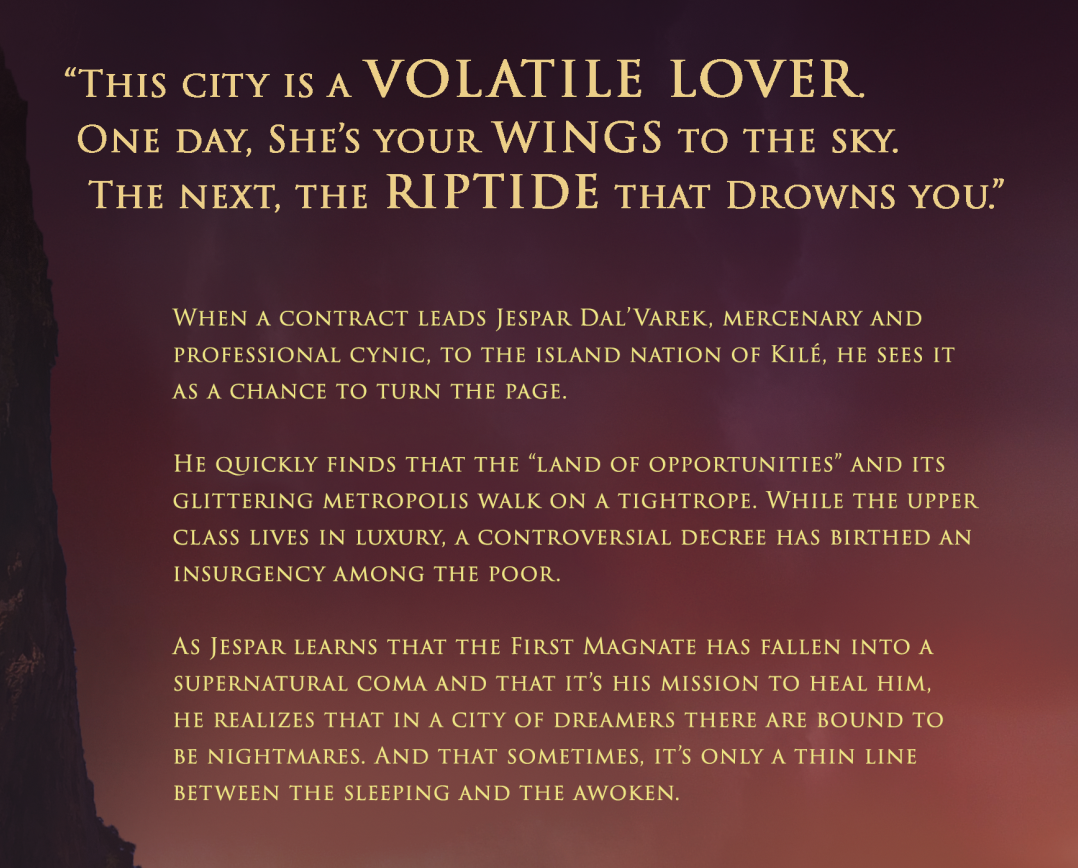 Dreams of the Dying is a spin-off web novel to Enderal. It’s the first installment in a free-to-read series called “Every Day Like the Last”, that explores the past of Jespar Dal’Varek, one of Enderal’s protagonists.

I will release a new chapter each week. The book will always be available for free, though there are some perks that come with being my Patreon. Furthermore, I will release a paperback version at the end of each season.

Though not the focus of the novel, it contains violence, psychological horror, and sex, and is therefore intended for a mature audience.

And who are you?

I’m Nicolas Lietzau, a game writer and novelist from Munich. I wrote the story of the non-commercial, award-winning Skyrim Total Conversion “Enderal”.

I love stories that entertain, stories that are genuine, and stories that have an impact. While each of these aspects makes one enjoyable to me, it’s those that accomplish all three I remember the most. That’s what I want my stories to do: Draw you in, make you laugh, crawl under your skin, shake you up, and leave you thinking.

Okay, but if it’s all free, then what do you need money for?

Enderal, the game, took us seven years to complete, involving thousands of hours of pro-bono work. Though “Dreams of the Dying” is also a non-commercial project, I want it to be as good as possible, which requires professional editing, cover design, layout, and translation. I’m currently covering all these expenses myself, and your support would help me to at least "break even."

However, even if you can't afford to financially support me, I appreciate every single reader! After all, that's what it's all about. :)

What are “story polls?”

Story polls are polls that take place 2-3 times each “season.” There, Patreons of the higher tiers get a chance to decide over aspects of the story for the next novel. Think of these as “story pillars” rather than plot points – such as the setting of the next book or the theme it deals with.
Naturally, I’ll only present options that I have ideas for and that I fully support. No matter how a poll decides, the result will never impair the authenticity of the book or influence the way a plot plays out.

Example: Which country will the next novel be set in?


The poll decides which one comes next. With some exceptions, the other options might or might not reappear in the next poll, alongside new choices.

When Enderal first came out, the way it connected with some of you meant the world to me. The fan-art, the tribute songs, the fanfic – it’s humbling.
Every book that gives readers a good time is valuable, but I also believe that fiction can be even more than "only" entertainment. Stories shape our culture, make us think, inspire us, and help us through difficult times. They certainly have helped me, and if my work could do the same for someone else – well, then I’m happy. 😊

So, if any of this piqued your interest, simply scroll up and take a look at the current version of the novel or subscribe to my newsletter to stay up to date regarding the paperback release. Happy reading! 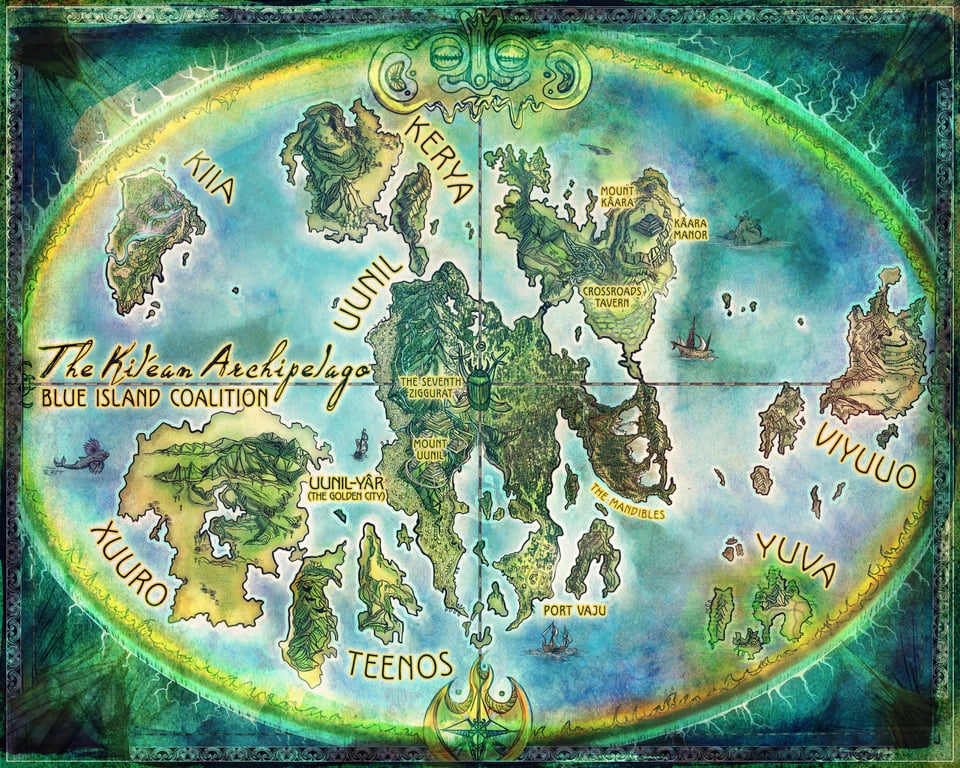 Map of the Kiléan archipelago by Tiffany Munro
If you'd like to reach out to me, you can do so via [email protected]

Alternatively: "Dreams of the Dying" on Wattpad
Join the community on Discord!