Kalyskah Team is creating content you must be 18+ to view. Are you 18 years of age or older?

Kalyskah is an Adult Action-Adventure Role-Playing Game where you control Kalyskah Karnstein, a noble lady of a long-dead vampire family who wakes up after thousands of years of slumber. What awaits upon her awakening is a world that has changed for the worse. It is up to you, the player, to help our heroine (or anti-heroine, if that is your choice) fight back or embrace the chaos and gain back control of her lost powers and abandoned followers.
The game features an immersive combat system with RPG elements, an open world where you can experience quests with multiple endings and occasional interactive sex scenes, for those who play their cards right...

The open-world is under development and it's getting new quests and enemies as we work on the game. But here you can see a sample of a quest we have been working on:
The video above is from an earlier version of the game. The lights and glitches you might see have been fixed on the latest patches.

In our current demo, the player controls Kalysakh as she makes her way through a linear dungeon. We are working on the surface world of the RPG, where Kalyskah ends up after fighting enemies and solving puzzles throughout the dungeon. The world we aim to present will provide players with quests and freedom to explore. Initially, this will mean a small area outside the initial dungeon, however,we will be increasing the explorable region with steady updates that will come once every two months.
Our 25$ patreons have access to scripts and uncut voice-dialogues before they are implemented on the game, the $10+ patrons always have access to the latest game demos, and the 5$ patreons have access to the latest demo one month after it’s release. The 1$ patreons can participate in debates that will help us to shape the final product and also have access to NSFW screenshots of WIP pictures of the game’s development. The public version will be one or more steps behind the latest demo version.

A long time ago Kalyskah had a hard battle that made her body weak, with wounds that would kill any mortal. Not even blood could heal those wounds, only time. So Kalyskah went to an isolated temple inside of a mountain and told her acolytes to wake her up after one hundred years passed. The problem is that when vampires pass to much time sleeping, their blood become weaker and it takes a lot of decades to get the former strength back. Knowing that, Kalyskah asked their acolytes to forge a golden idol and on this idol, she made a red gem out of her own blood. This gem stored her power and after one hundred years, she was supposed to awake and consume this gem, to instantly earn her powers back.
But something happened while she was sleeping and all her acolytes were killed and raised again as undeads. Unable to be awake, Kalyskah spent ten thousand years sleeping, her name was long forgotten until she was found by James, a hunter that was trying to become an inquisitor. To prove his loyalty, he had to recover this golden idol from the old dungeon that she was sleeping (He didn’t know that she was there). Kalyskah woke up while he was investigating her crypt, but she was tied up and to weak to fight back when he took the golden statue from her, and the passage that he used to leave was blocked by a landslide. Now she is trying to get out of this place to recover her golden idol and discover what happened to her acolytes. Discover the province of Tulgatha, with a variety of locations where, depending on your choices, you can find new friends and allies or enemies, as well as powerful items. Satiate your thirst for blood through mastering a challenging combat system and engaging in compelling quests. During those quests, your choices might help Kalyskah get a bit more intimate with some of the NPCs who are especially thankful for your help. SKILL SYSTEM
The skill system allows you to learn new abilities when leveling up, gradually altering your approach to gameplay and making it yours. Once obtained, skills can be upgraded, allowing the player to change attributes such as cast or projectile speed and damage, further individualizing your style of play.

BLOOD THIRST
Kalyskah being a vampire, needs to feed on blood from living being, humans or animals. This does not necessarily mean you have to kill those you feed from, as the players can interrupt the feeding animation when they feel they have enough sustenance, thus avoiding becoming a murderer.
However, when attacked, the player does not need to hold back. After taking a certain amount of damage, the enemies will grow weak and Kalyskah will have the opportunity to grab them and feed on their blood as a finishing blow. 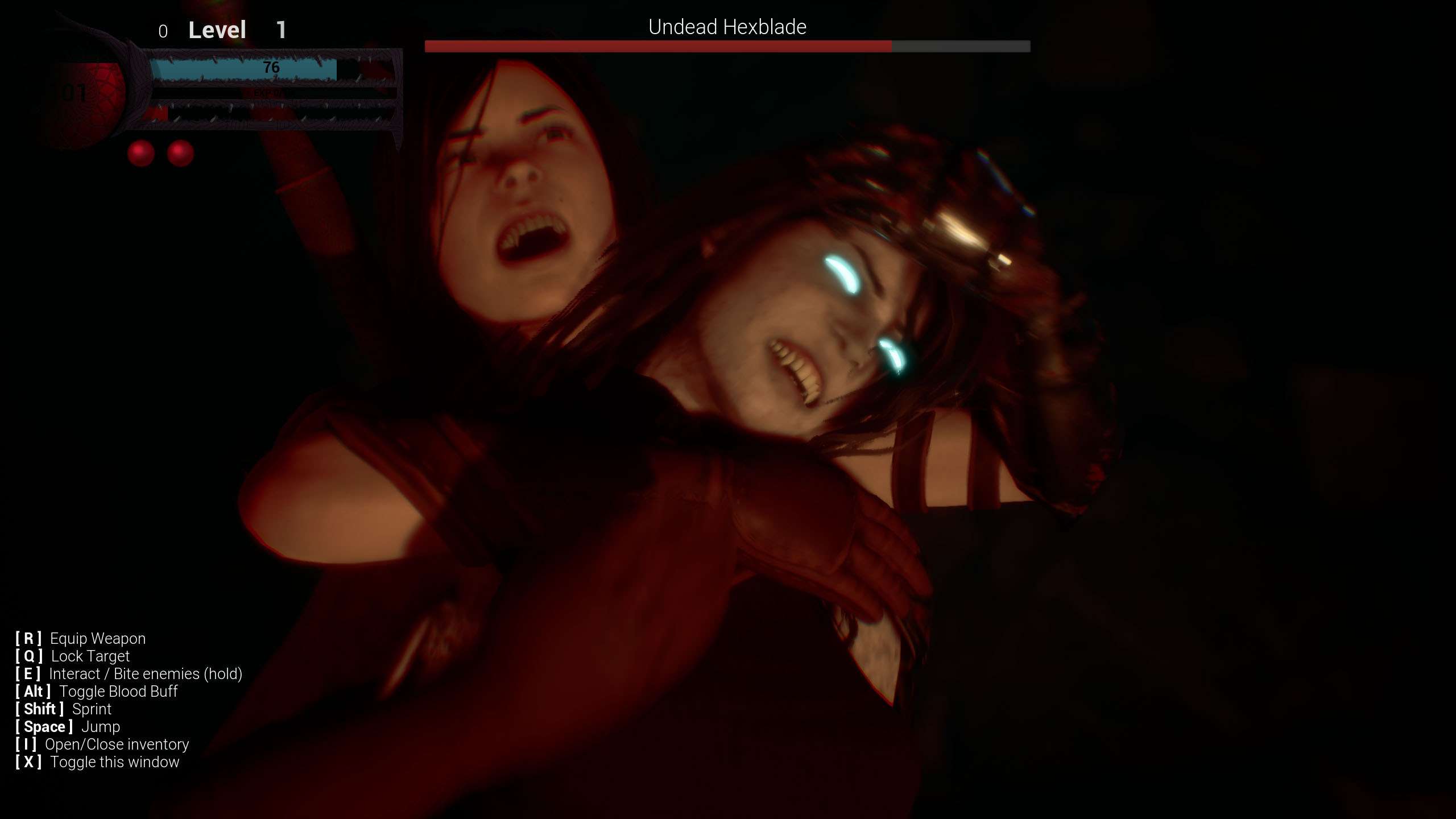 We aim to make a deep RPG experience, with an immersive world and a plot that puts every interaction into context, including sexual encounters which will flow naturally from the dialogue. We want everyone to be able to play and enjoy the game for its gameplay, regardless of whether they are actually interested in the NSFW part of our project.

Join our community!
Feel free to jump right into our Discord chat. We will show you game related stuff that we are currently working on and talk with you directly about our games. Support included!

$3,267.94 of $4,000 per month
This would allow us to hire character and creature designers to add new content to the game. Also to increase the speed that we build the world of the game, by hiring level designers to work on greater areas than the small villages that we are currently building.
5 of 7