No Justice No Pride

No Justice No Pride

Every single dollar goes a long way to ensuring our critical programs and organizing work can continue. By selecting this option you are taking your first step in joining our Sex Worker Support Circle and will be able to access our basic Patreon Content.

Every single dollar goes a long way to ensuring our critical programs and organizing work can continue. Selecting this option will make you a NJNP Community Ally! you are taking a crucial step in joining our Sex Worker Support Circle and will be able to access our basic Patreon Content.

Every single dollar goes a long way to ensuring our critical programs and organizing work can continue. Selecting this option will make you a NJNP Community Supporter! you are taking a crucial step in joining our Sex Worker Support Circle and will be able to access our basic & Premium Patreon Content. 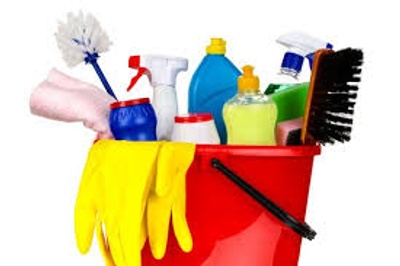 Every single dollar goes a long way to ensuring our critical programs and organizing work can continue. On top of being able to access our basic & Premium Patreon Content, as well as being a crucical advocate for Trans Sex Workers; but you will also receive a #DecrimNow Sticker!

WOW! Your support will go so far to ensuring our critical housing programs and organizing work can continue. On top of being able to access our basic & Premium Patreon Content, you will also receive a No Justice No Pride Mug!

Power, Gas, Water and Internet begin to add up while the Collective is at full capacity this winter. Help us keep the lights on!

WOW! YOU ARE INCREDIBLE Your support will go so far to ensuring our critical housing programs and organizing work can continue. Select this pledge to receive:

Contribute to a room♥♥ 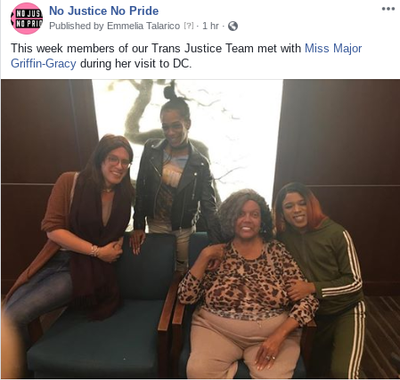 Contribute towards a monthly estimated partial cost of a room at the NJNP Collective. 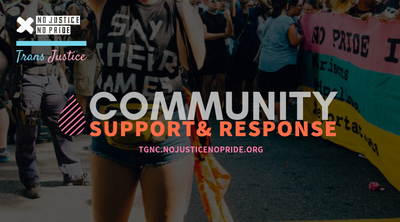 Contribute towards a monthly estimated cost of a room at the NJNP Collective.

The NJNP Collective  currently has nine long term trans tenants, many of whom lack access to stable employment and need our help in order to remain in the district near vital resources and work.

NJNP additionally provides temporary housing, and sometimes in rapid response situations; for 5 to 20 young trans and queer people lacking stable housing a night at the collective or throughout our local network. Your monthly contribution will go a long way in preserving the space!

Want to ensure Black and Brown Trans people can be supported when inviting them to speak at your events, to conduct training's for you, etc and have a little extra to give? Select this pledge and we will offer you or your organization prioritized consulting advice on any of the following:

Lots of Organizations take their issues to DC and this can be an option to have on the ground support from activists on the ground and familiar with the local environment.

About No Justice No Pride

The NJNP Collective has been a vital resource to DC's Trans and Activist Community and is one of the few places in Washington DC providing intensive housing support to displaced Trans people, and in particular to those over the age of 24. Started by No Justice No Pride in April 2018 as a response to the increased criminalization and violence of Trans Sex Workers caused by the passage of FOSTA / SESTA.

The NJNP Collective is currently supporting a number of Black & Brown Trans Women between the ages of 17-65 with long term and transitional housing, many of whom lack access to stable employment and need our help in order to remain in the district near vital resources and work. NJNP additionally provides temporary housing, and sometimes in rapid response/emergency situations for as many as 30 people a night at our safe houses or thru out our larger DC Movement network. All without any government funding or support and is completely community supported.

We know that in order to center those most on the margins requires us to support each other and our communities💕♥, to keep one another safe, fed, and housed as we fight for a world that affirms us all, and we know that we can't do that without you!

All funds raised will be used to help cover the costs of the House, including rent, utilities, food, and a House Manager.

Donations can be made by becoming a Patreon or contributing to the following:
Our Website | Paypal | TeeSpring | Facebook Fundraiser
<hr>

In addition to providing housing, we also work with Collective Members (those who stay at a NJNP Collective home) to access help with finding long term or permanent independent housing, help with name changes, legal support and support for returning citizens who are TGNC.
Facilitating things that should just be accessible

We work with a network of community partners that include medical organizations and service based organizations to ease access to crucial health services. In addition, we also buddy with collective members to doctors and other medical appointments that sometimes TGNC community members miss from social anxiety.

Micro-Grants
When funding has allowed, NJNP provides small support requests to our Collective Members in need. From Lyft rides, to cell phone payments; our community members need to stay connected for safety's sake!

Building Power
NJNP’s response to FOSTA and SESTA additionally strived to build capacity via a popular education based Organizing Training Program, which we call “OIT” for short (dont ask). The program works to develop the organizing and leadership skills of Black and Brown Trans Sex Workers (Those most directly and disproportionately impacted by violences resulting from the criminalization of the sex trade) while providing them stipends as an alternative form of employment to street based sex work.

Program participants attend six weeks of skillshares, workshops and trainings; led by peers who were previous participants. Since 2018, NJNP has completed three six-week program cycles with 10 participants total, and are awaiting funding to start our fourth cycle. Participants have gone on to continue organizing under NJNP while receiving a stipend for their work as funds are available. Former participants sit on NJNP’s Steering Committee and are active stakeholders in the NJNP Collective and help manage the different homes. We continue working with other participants in our organizing and movement building, including but not limited to housing support and other programs at the Collective but we also work with community partners to find positions related to their organizing training and experience as well as consulting gigs.

We know for many in our community, it’s hard to access organizing spaces when you are spending nearly all your time working to obtain resources for you and maybe anyone you may be care taking.

In April 2018, with our communities facing increasing levels of violence because of FOSTA/SESTA, NJNP doubled-down on providing Rapid Response Support to our Trans familia and expanded our Trans Justice Program. We started in a small 2 bedroom apartment in Columbia Heights, with a handful of supporters living rooms for additional support ensuring as many as 12 of our loved ones were safe and housed each night. The Columbia Heights home faced a lot of scrutiny from neighbors and the police who a spotlight at the home each night. “Its to deter people from breaking into the abandoned building” the police would explain at the time, referring to a vacant building accross the street. The spotlight however seemed permanently fixed onto the NJNP Collective. The landlord ultimately were friendly with the police and asked us to leave by August, citing they would like to move back in (which is how alot of landlords get around evictions in DC when there isn’t grounds to do so). The house however was listed back for rent the following month.

After an exhausting first summer looking for a home more suitable, we found one just in time of our move out date and settled in promptly. We thought we found peace, but it was short lived. By December, we were receiving emails weekly from our new landlord with complaints from the neighbors. Almost all entirely of petty nature and almost all around the trash. At one point it was so bad that when a Collective Member took out a couple of bags of trash right before the trash collection came, a neighbor took pictures of it, sent it to our landlord and claimed it had been out there overnight and had already been ran over. By the time the email was forwarded to us less than an hour later with the pictures it was picked up by the Trash Collection.

In June after being harrassed in the neighborhood, our home felt like it was being attacked on all sides. Gentrification and displacement have a huge psychological toll and we agreed with our landlord to not renew our lease and once again we had to move.

Summer of 2019 was filled with trauma and triggers of the year before move, difficult conversations with community about what it means to support, and the long daunting house search that would later turn into a search for multiple homes allowing us to expand. By October 1st, we were able to obtain two homes for our collective members and (as of 10/24/2019) working on a 3rd home for our long term members who are without personal rooms at the moment while fundraising for our November Housing costs.

Our current rent costs currently is larger than $7,000 a month. With a third home, we’re estimating our total rent costs to be around 10K a month; and none of that includes the costs of utilities, meals, cleaning supplies, a stipend to a person to help manage the homes and other related costs to housing. That is a lot of money! As we’ve continued to grow we’ve struggled to keep up with the ever growing costs. Over the next two years NJNP is hoping to buy a large home to continue this crucial programming out of. We are in particular looking into ways to obtain abandoned and vacant properties from the city and restoring them ourselves.

Keep on the lookout for updates on this as we kick into starting on this in early 2020. #DecrimNow #HousingNotHandcuffs <hr>
About No Justice No Pride:No Justice No Pride is a collective of organizers and activists from across the District of Columbia. We exist to end the LGBT movement’s complicity with systems of oppression that further marginalize queer and trans individuals. Our members are black, brown, queer, trans, gender nonconforming, bisexual, indigenous, two-spirit, formerly incarcerated, disabled, white allies and together we recognize that there can be no pride for some of us without liberation for all of us.

About NJNP’s Trans Justice Program: Since its inception The Trans Justice program has been involved in coalitions around Decriminalizing Sex Work and Fare Evasion as well as other community safety oriented coalitions. Over the past year we've adjusted more and more to focusing on Emergency Rapid Response Support and mutual aid for TPOC: including housing, emergency care support, fundraising, legal support, and employment help.

About The NJNP Collective: Violence against sex workers often go unreported and unaddressed. Homelessness greatly exacerbates the violence an individual can experience as well as the dependency on the sex trade itself. We know this well at the NJNP Collective — which was created as an intentional community home for Trans current and former sexworkers in search of safe housing… read more

Recent posts by No Justice No Pride