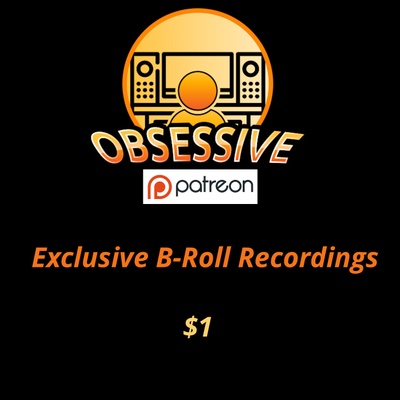 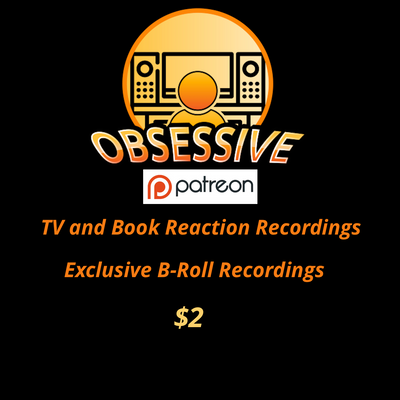 $2
per month
Join
Patrons at the $2.00 level will get the same benefits as $1 patrons (Patreon-Exclusive Recordings) plus exclusive TV show reviews and book reaction recordings! 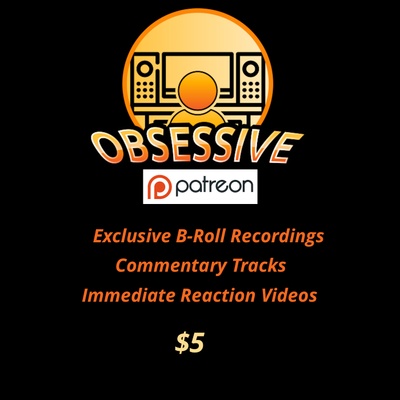 We at The Obsessive Viewer Podcast and (its spinoff shows Anthology & Tower Junkies) strive to create quality audio content devoted to our love of movies and television. Your donation will go directly toward the hosting fees associated with the podcasts.

The Obsessive Viewer is a weekly movie and TV podcast that covers a specific topic (be it genre, trope, movie or show) each episode. It is hosted by Matt and "Tiny", two friends who love talking about the movies and shows they watch. For over 100 episodes, their friend Mike was a co-host and now checks in from time to time. The show also features recurring guests, bonus episodes, and special episodes recorded at live events.


Anthology is Matt's solo side project podcast exploring science fiction anthology television. Each podcast, he reviews one episode of The Twilight Zone as a first time viewer and round out the show with a bonus review of a movie or show related to the week's main topic. He also covers modern anthology science fiction shows, such as Black Mirror, Dimension 404, and Philip K. Dick's Electric Dreams in bonus episode review series.


Tower Junkies is a podcast discussing the themes, characters, and mythology of Stephen King's magnum opus, The Dark Tower series. We discuss the series in “palaver” episodes and review the books and comic series in “khef” episodes. We also discuss non-Tower King novels, TV and film adaptations of King’s work, and the latest news about potential Dark Tower related adaptations and merchandise. The podcast is hosted by Matt and "Tiny."


If you just want to make a one-time donation instead of monthly, all you have to do is simply become a patron and then cancel once your first charge goes through.

100% complete
$45 per month is what it costs to host the media files for Obsessive Viewer, Anthology, and Tower Junkies on Libsyn, Each show has it's own RSS feed and each feed costs $15 per month.

These are the minimal costs for the podcasts and don't account for the yearly domain costs, convention costs, recording time, editing time, and promotional material/live events we do. But as a minimum goal, $45 per month keeps the lights on for the podcasts.