Panther VN is creating content you must be 18+ to view. Are you 18 years of age or older?

$3
per month
Join
Be informed any time there is a new public release of any of our games.
Includes Discord benefits

$5
per month
Join
The above, plus you get to vote on which direction we take the games. Have your voice heard!
Includes Discord benefits

$10
per month
Join
The above, plus access to new versions of our games before they're released to the public.

Also, downloadable art galleries including all art from all our released games so far.
Includes Discord benefits 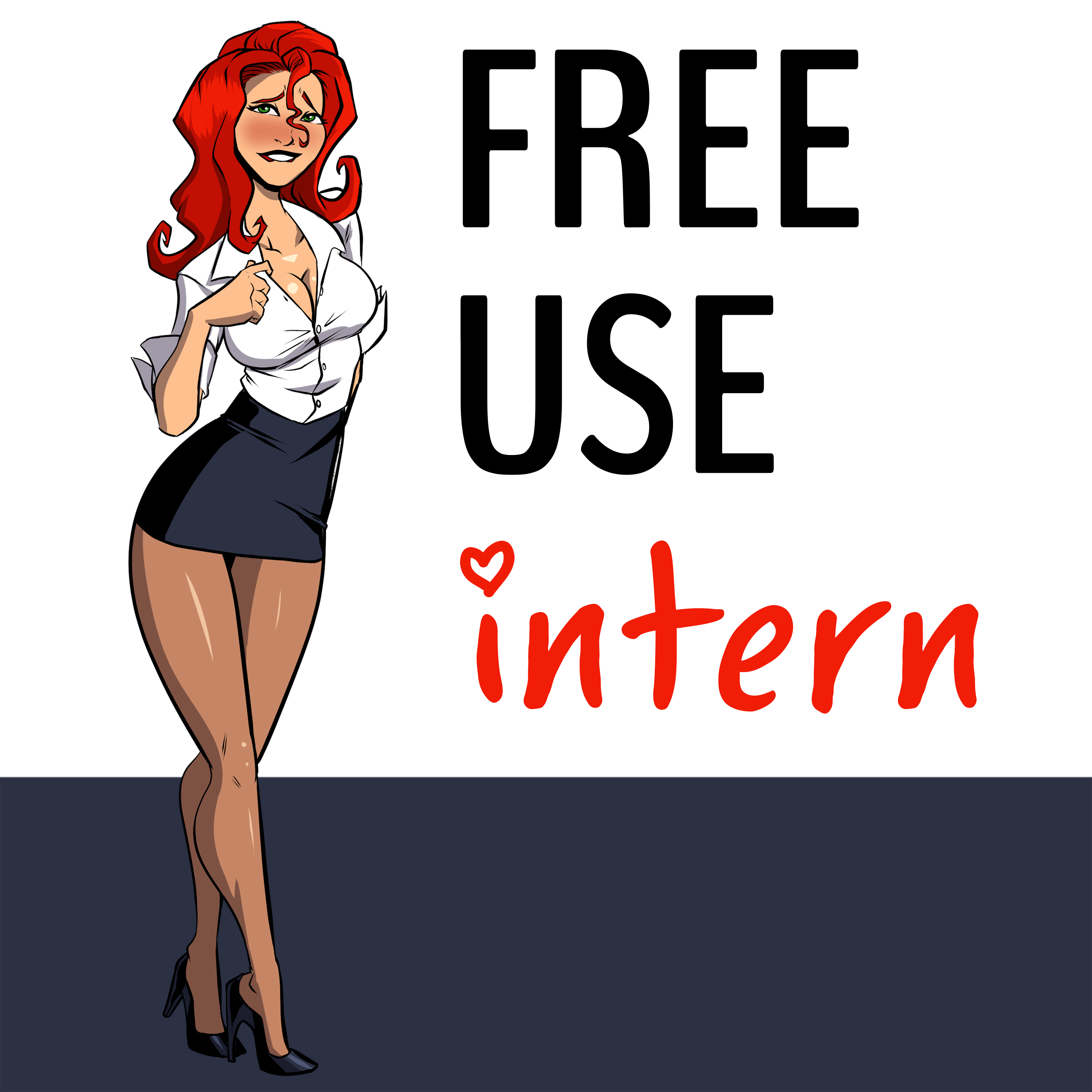 Free Use Intern will be released online for free, and funded through our Patreon and SubscribeStar pages. Your support will allow us to put more time and effort into this high-quality game.

The game follows the tales of Quinn and Emma, lifelong best friends, as they discover that their new workplace has some unusual requirements of its interns. Emma is immediately put to use by the team. You play her buddy Quinn, who's had a crush on his best friend for as long as he can remember. If he can complete the tasks set by their new boss, he’ll get to join in the fun.

By supporting us on Patreon, you’ll get to play early releases, get previews of game art, help us finish the game as quickly as possible, and make more fun, exciting adult games.

Pan (writer) - Pan has been a full-time writer and game designer for almost a decade. His stories have been read millions of times, and his work has been featured everywhere from Cracked.com to the British Comedy Guide.

Socrates (developer) - Socrates is credited as one of the founders of Western philosophy, and as being the first moral philosopher of the Western ethical tradition of thought. An enigmatic figure, he is chiefly known through this bio which Pan has written for him.