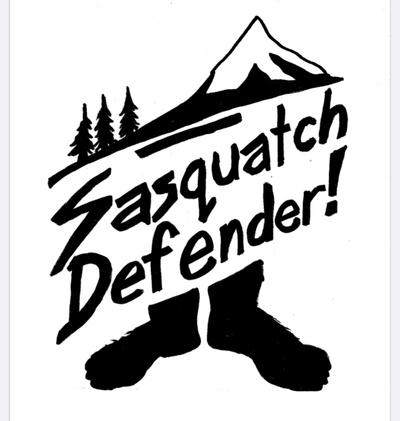 $4
per month
Join
Patrons at the Sasquatch Defender tier will be glad to know that 25% of their contributions will be directed to organizations that work to preserve Sasquatch habitats across North America. Tier benefits include:
Taco Lord
$5
per month
Join

Who doesn't want to be a Taco Lord?

Seriously, though, if you are pledging at the Taco Lord level, I am going to offer you opportunities to make story-line requests via polls and surveys. You are also entitled to use the hashtag #TacoLord in any social media posts regarding Larry and the Beast Beyond Time. Beware of false Taco Lords.

This page is the first row seat to the further adventures of Larry the Horrible Time Traveler, among other high weirdness. The first Larry the Horrible Time Traveler serialized novel was featured on the now defunct website JukePopSerials from 2012 to 2014. A paperback version made a small release in 2015. The first story was a high energy, low attention span romp across the entirety of human existence culminating in doomsday showdown between robots and dinosaurs. Pretty frickin' cool, right?

Ever since wrapping up the first story the fandom has been demanding more. And the fandom keeps growing. The only problem was, since the demise of JukePop, I didn't have a  platform to showcase it.

I was grumbling about this problem to my friend, Evan. He said, "dude, why not check out Patreon?"

And here we are.