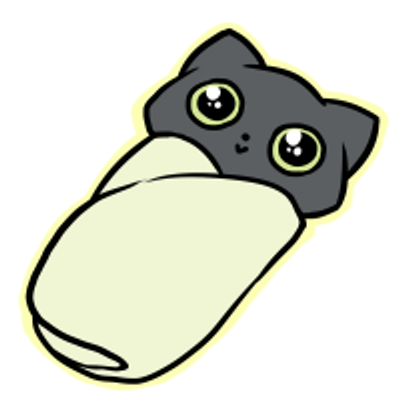 $1
per month
Join
Ah yes, this purrito will grant you the sight of everything in progress. Marvelous. 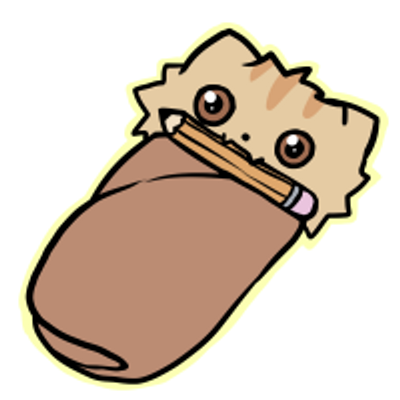 $2
per month
Join
Good choice, this purrito will grant you the power of involving your ideas in the adventures. Very good. 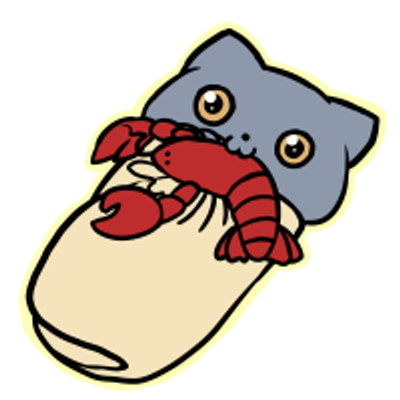 $3
per month
Join
A fine option, this purrito has an eye for the greater things in life. It will grant you the best of quality in your rewards.

Heya there! I'm glad you popped in, please do have a look! :D
My name is Billie but I go under the username Pastelkatto (formerly known as Missangest) :)
I have a cat (Nils) and a dog (Luka) that often appears in my art/comics, they're both rescues and best bois in the world! The floof and longo!

Art is something I've always enjoyed. Just for fun, to express feelings, deal with anxiety and even to bring in some sort of income at times where I've had no other income.

My games are mainly what I'm known for. It's something that started out as just a fun project and eventually turned into my job. Everything was working out well and I kept improving as a developer despite not having any proper education for it. However in 2018 came the big hit of the deprecation of flash which I've been working with. It has been a rough year and I've worked hard to figure out how to do HTML5 games and apps (only android so far, iOS is much more complicated). In 2020 I decided to move on from Adobe's Animate CC to Unity since I felt Animate's future as far as game development goes was bleak. Again focusing on providing games on dekstop, browser and android!

You can play all of my games here (or check out the apps available in the google play store  here):

What your support can do: I always keep my games free. However these games takes a lot of time and work to finish. For now my income comes from ads, however with increased patreon support, I'd be able to remove the in game ads, maybe in the future remove more ads. I'd love to be able to provide ad free games for you, but for now I need it to be able to sustain myself.

My comics are something that, just like the games, I just started out for fun. In March 2018 a comic of mine went viral on facebook, later in November 2018 my comics were featured in an article on boredpanda.com, after that they started getting more and more attention. I love that people really seem to enjoy them, so I try to make more of them!

You can check out my work here on patreon (finished comics will always be free for everyone to watch, no need to be a paying patron):


What your support can do: The problem with them is that I can't monetise them, so I still need to spend most of my time on the games so I get an income. I prefer to keep the comics free and post them as they are on social media so people can share them freely with each other rather than just posting them on a website and have people click a link to watch it so you can get ad revenues from that website. With your support I can continue making them and post them on social medias free for you to share!

Commission, merch and other art

I will also draw commissions to have an additional income and sell merch, neither of them doing so well right now. Everyone has their own merch store these days so you're often lost in the crowd. Commission work is an unreliable source of income, I may be swamped with commissions one month, but have no commissions at all the next. I also find that commissions doesn't bring in that much income either unless you're well known so you can actually charge a reasonable amount of money for your work. But at this point I keep both possibilites open.

You can check out my available merch here:
https://www.teepublic.com/user/pastelkatto


Other than that I sometimes draw art just for myself, I find that it's important to not lose your passion as art becomes just work and stress. What I do depends completely on what I feel like for the moment, sometimes what I feel like turns out to be something I can actually use for merch or something else. But for the most part I just try to not think about what I can use it for and just focus on doing something that gives me energy.

What you get as a patron

I have bundled up all support here on patron, so wether you're here for my games, comics or other artworks, you'll get all perks that I offer. Most perks are for the games, but if you have any suggestions of other perks I could offer then I definitely want to hear about it!

And of course my eternal gratitude! My father has always told me the importance of working with something you enjoy and patreon has been a big help in me getting to do just that. It's a privilege not everyone gets and I will keep working hard to keep it.
Thank you <3

Sounds like something you'd like to support? Then go ahead and pick out your purrito to the left and join the party! :D