is creating a revolution, and it ends well 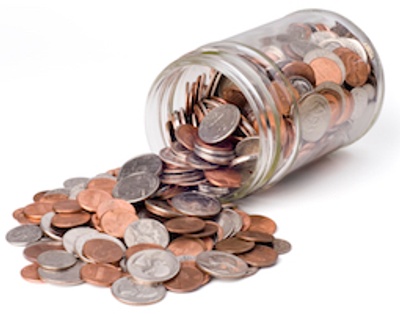 $1
per month
Join
or save 5% if you pay annually
Check your pockets. Can you spare a dollar? You'll get exclusive content before non-patrons do. 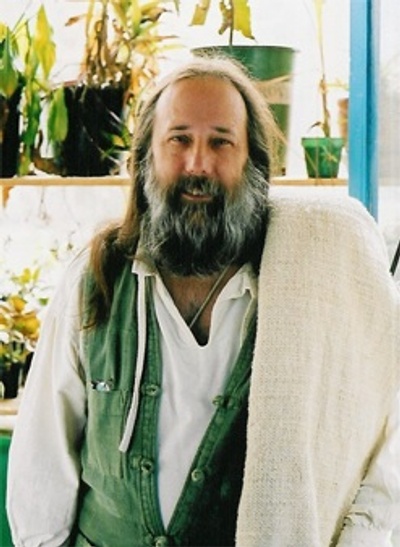 $7
per month
Join
or save 5% if you pay annually
You help me get my blog posted every week. You make that possible. You encourage me to do more and then tell you about it. I am thinking of you. 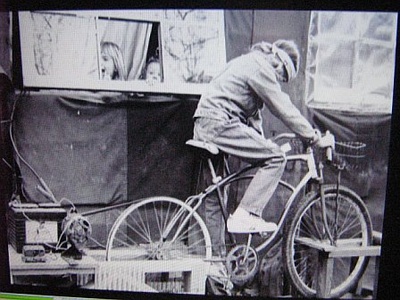 $20
per month
Join
or save 5% if you pay annually
I'll give you my number and friend you on WhatsApp and Facebook. I'd offer you a T-shirt and a mug but I haven't come up with one yet. Instead, I pledge to earn the respect you have given me. We are going to do this together. We are out to save the world.

Hi, I’m Albert Bates and since March 2020 I’ve been writing this from a thatch palapa in a Mexican nature preserve. In the past, you might have found me in my octagonal home at The Farm, but times have changed and I am self-quarantining until it is safe for me to be out and about again.

A Walk in The Woods

If you live in the Hamptons and work at Goldman Sachs, you might at first glance think my life has been a complete waste. I was born from a deep line of New England blue bloods. I trace my ancestry to John Isaac Bates, one of the first planters at the Jamestown colony of 1607 and to Clement and Anne Bates who sailed to Massachusetts in 1635. Three of my line served with General Washington at Valley Forge. One of those, my great great great great grandfather, Issachar Bates, was a Shaker poet and hymnist, crossing the Appalachians, meeting with Tecumseh and The Prophet, and founding the western Shaker colonies in Ohio and Kentucky, where his 1804 house still stands (I've slept in it). He should have ended my line right there, because the Shakers were celibate (although The Prophet named his daughter Marsha Bates, presumably after Issachar).

Fortunately, Issachar had a son. Artemis, before he forswore pleasures of the flesh, and Artemis then had a son, my Great Grandfather Artemis, who marched South to the War Between The States. My own grandfather was a Marine Captain when the entire Corps numbered 98 officers and 3481 enlisted men. Cut to the chase and I was raised in Connecticut, schooled in fine schools, competed in Olympic-level dressage, jumping, and cross-country eventing, played rugby and lacrosse, traveled the world, took a law degree and then… dropped out.

Like Issachar, I walked the Appalachian Trail and wound up in Tennessee, where I joined the big hippy commune called The Farm. I'd still live there now, if the pandemic were over.

Back to The Future

There are good things about these life choices we make and some not so good. For me the good thing was a life well spent. I became a farmer, horse logger, vegan cook, baker, flour miller, builder, mason, scrap metal hauler, typesetter, graphic artist, schoolteacher and videographer. As an inventor in those heady years of the 70s, I developed concentrating solar arrays and a solar powered automobile we showed off at the 1982 Knoxville World’s Fair. I patented a cylindrical tofu press and rotary flour sifter, and hybridized fast growing strains of trees for land reclamation and biomass conversion (a.k.a. firewood). 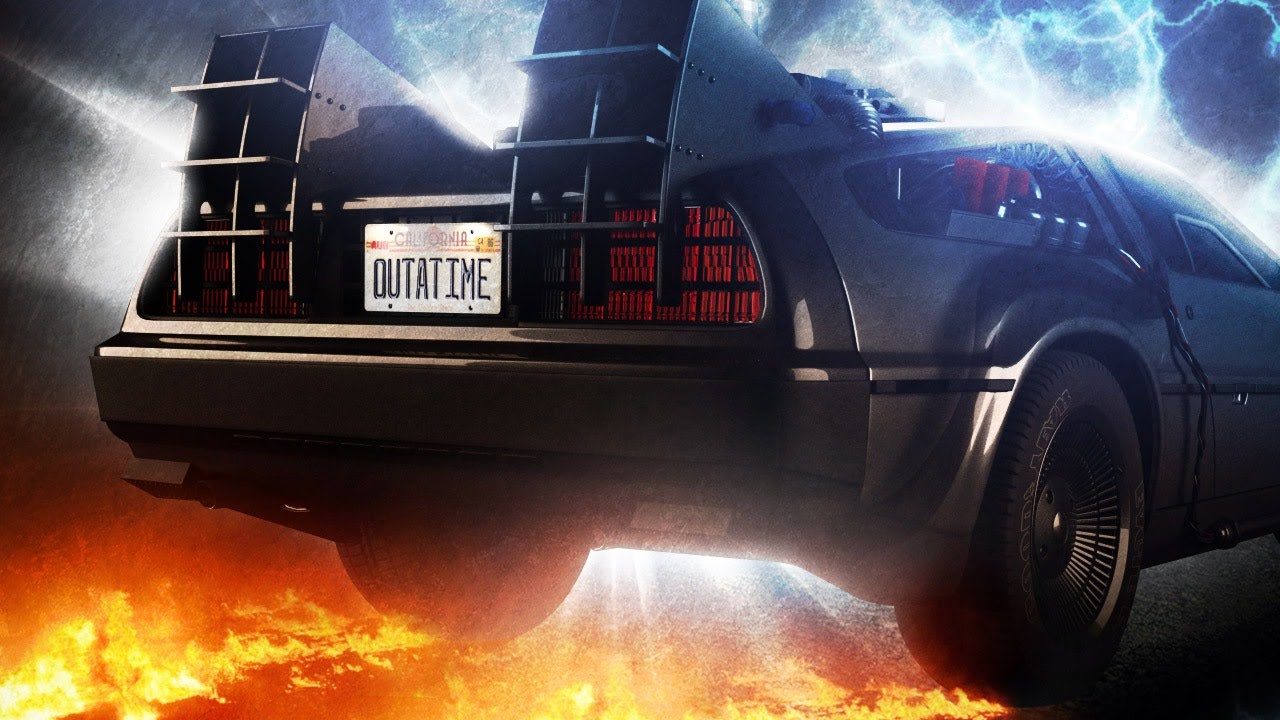 Returning to my training, for 20 years I was able to practice law on my own terms, suing chemical companies, the nuclear industry, the military, the FBI and other dark actors from the eyrie of the Natural Rights Center — really just a dimly lit room in the cavernous potato barn I had built years earlier as a Farm mason.

The Farm gave me the freedom to be a battleship on the board, moving at will to attack targets of opportunity and return to the safety of our lair. The Village Voice dubbed me “a hero of the revolution.” With the rest of my team at The Farm I shared the first Right Livelihood Award in 1980 for our work assisting native peoples to stand against empire. That was also the year I restored the voting rights of all the convicted felons in Tennessee, forcing the state to set up balloting in the prisons, and won a big case for the atomic veterans, which changed federal laws and forced the VA to begin compensating radiation claims. Earlier, we’d won a similar victory for Agent Orange, again the first of its kind. I went after the FBI's secret program targeting war protesters and preserved for historians The Farm's massive surveillance archive through the Freedom of Information Act. With the power of a community egging me on, I was fearless.

A case I took involving chemical waste ended up involving climate change and in the process of bringing in experts and discovering evidence, I scared myself. My confidence was deeply shaken. I had what might be called a dark night of the soul, as I learned, in the early ‘80s, about the potential — maybe inevitability — of  near term human extinction. That led to my retiring from law and becoming a mushroom farmer for a while, before being roped in to help with the global ecovillage movement.

But my brush with climate change continued to color my reading and travels, and for 25 years I was obsessed with the issue, looking for some way out, any possible way that humans might escape an otherwise certain fate. With the help of Peruvian shamans and Native American road chiefs, I communed with ayahuasca and peyote and asked the spirit world for guidance. I attended climate summits and spoke with scientists and policy wonks. I studied permaculture, carbon farming, ecological restoration and agroforestry.

Eventually I discovered, deep in the Amazon, upstream from the Wedding of the Waters, a way out.

Now I have the solution, and I am writing books, attending conferences, and jawboning with big wigs to get it out there as quickly as I can. I only hope it is not too late. You can read about this is in some of my books: The Biochar Solution, Pour Evian on Your Radishes, The Paris Agreement, and Burn: Using Fire to Cool the Earth. I blog weekly at The Great Change — every Sunday morning. I occasionally write for magazines and journals. I do interviews, webinars, and teach wokshops and master classes. I post the occasional video to YouTube. I've had several books coming out during the pandemic—Transforming Plastic, Dark Side of the Ocean, Plagued: Surviving a Modern Pandemic, and two for young adults 8-12, Taming Plastic and Making Waves. But if you haven't read it yet, it is Burn that promises to be the real game changer, now in paperback as Burn: Igniting the New Carbon Economy to End the Climate Crisis.

I have more books and articles in the pipeline. I am delivering papers at scientific conferences. I am giving workshops and doing webinars. I am offering real solutions, not magical thinking.

But there is a dark side to some of my life choices, too. When I joined the commune, at 25, I gave up everything I owned and anything I would inherit. To become a voluntary peasant I severed the artery that carried my blue blood. For nearly half a century now I have labored only as a volunteer, my basic subsistence met while the communal society existed, but no salary, no wages, no W-9s, no earned income credits, and no paycheck deductions to Social Security. When the commune dissolved and became a cooperative, I was left with no safety net. Social Security pays me the minimum required by law — $290 per month. From that, they deduct $200 for Medicare, leaving me with $90, which just happens to be the monthly dues at The Farm so I can keep my 2-story yurt. My Medicare coverage does me no good in México. I have to pay full price for prescriptions, doctor visits, and treatment, which mostly I cannot afford.

I have woven my life-long discoveries into a prescriptive model I call Civilization 2.0. It integrates the UN’s Sustainable Development Goals; soil sequestration of carbon; preserving the cultures of indigenous peoples; ecovillage modalities for governance, education and self-provision; anti-fragile biomass to biochar renewable energy; climate moderating semi-aquatic ecosystems; and microenterprise innovation, incubation, acceleration, B-corporation hubs that function as cooperative, bioregional, circular economies. I sketched all this in the 90-second video we did in 2016 for the MacArthur 100 and Change Challenge that led to my new videos and essays you will find on GVI(x).org. I described it all in greater detail in Burn. An autographed copy of every new book awaits you at the Power Up! level.

Now I am going on Patreon to get a little help for the home stretch. Give me a shot in the arm. I’m not done. Let me run my heart out. I’ll give you my best. If you would like to see what I was able to do with the Patreon donations I received in 2018, I have a full report available here. The report for 2019 is available here. Thanks for your help!