is creating audio documentaries and discontent with Jacobin magazine

Be the first to know about People's History events and news💖

Get access to our People’s Anthology — a spinoff reading series, featuring some of our favorite poets and researchers📚 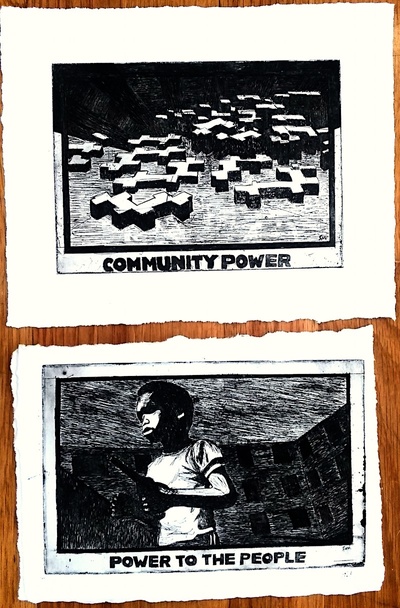 A People’s History is a new documentary podcast series from Jacobin, with support from the Economic Hardship Reporting Project.

Inspired by Howard Zinn’s A People’s History of the United States, the podcast focuses on several important events in working-class history. Our first season traces a social history of Boston from the urban rebellions of the 1960s through busing in the 70s.

We have decided to tell these moments through the lens of one community: Columbia Point, the largest public housing project in New England. Built on an isolated landfill site next to the Boston city dump, it was the site of major organizing, from Welfare Rights to a Free Breakfast program. It was also the first public housing project to be sold off and redeveloped as private "mixed-income" development (and was a model for the federal policy "HOPE VI").

Featuring new music from Marisa Anderson, Visitor (Liz Harris and Ilyas Ahmed), this is the untold story of the tenant struggles in and around Boston public housing. It’s a story about regular people—mainly Black mothers—standing up to the mayor’s office, organizing sit-ins to get the services they were owed, fighting evictions, and creating their own power. ✊🏾

We can’t wait for you to listen to A People’s History Season One — The Point: Rebellion and Resistance in Boston Public Housing. Subscribe now.

This podcast follows Zinn’s core belief that “you can’t be neutral on a moving train.” We unabashedly take the side of the people, and actively stand in solidarity with workers over owners, tenants over landlords, and the masses over the police and carceral state. None of that “both sides” stuff here — for season one, that means you will be mainly hearing from the tenants themselves. We’ll be providing full transcripts of each episode — and oh, no ads 😊

A People’s History has been years in the making! We've relied on the assistance of a bunch of folks who have had to balance their time producing the pod with their time making money at their main jobs — and while everyone has received a stipend, we want to reimburse them fully for their work.

Your contributions will also go towards prepping for season two!✌️We’ll need to pay producers, editors, designers, and more to bring you another in-depth documentary series that focuses on history from below.

In collaboration with Boston Review, we’re creating a series of texts and speeches to supplement the main podcast called A People’s Anthology. Our first season brings together key primary sources relating to urban rebellions, from Claudia Jones to the Combahee River Collective, introduced by radical scholars such as Nikhil Pal Singh and Jackie Wang.

(Now, we don’t believe in eternal paywalls, so A People’s Anthology will become publicly available some time next year 🎧 but for now only our Patreon supporters and Boston Review members will get access to this pod!)

We're also making a limited run of copperplate prints which will be available at the $10 tier (more details forthcoming).

39 of 100 patrons
Help us widen the people's history community to produce season two!
1 of 1