Hello everybody. Tihon is 11 y.o. He began playing chess at the age of 3,5 y.o. At the age of 5,1 y.o. Tihon fulfilled the norm of the first adult level in chess ( ELO = 1900), which is a record of Ukraine and entered into the Book of Records of Ukraine.

And we are especially proud, because in our family no one is engaged in chess - Tihon is the first !!! 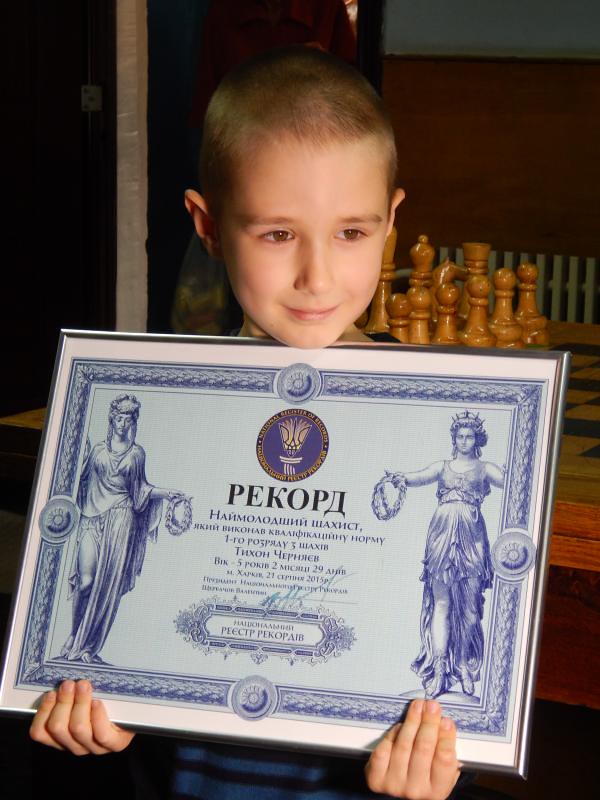 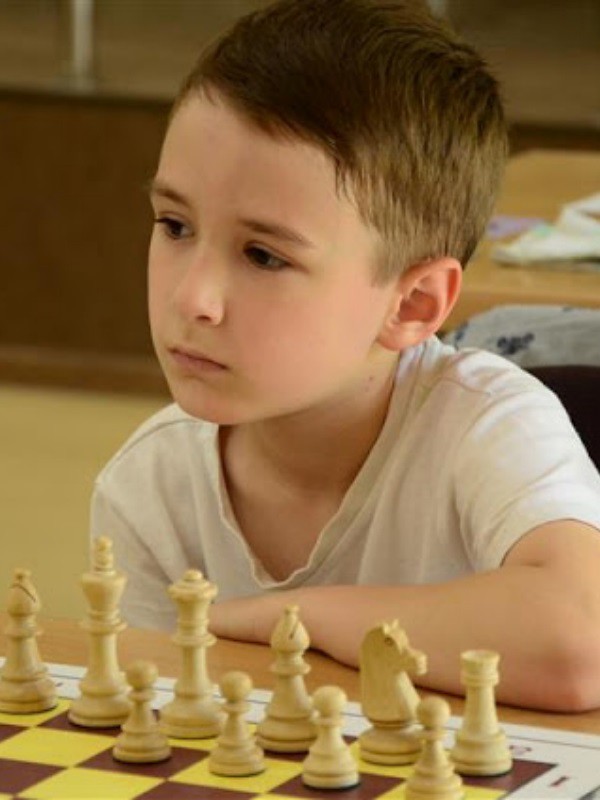 At the age of 7,10 y.o. Tihon became The youngest Chess Streamer in the World!

In June 2018, at the age of 8,3 y.o., Tihon became a Double World Chess Champion Rapid and Blitz at the World Cadet Championships under to 10 y.o., although he had every right to participate in the age category up to 8 years. 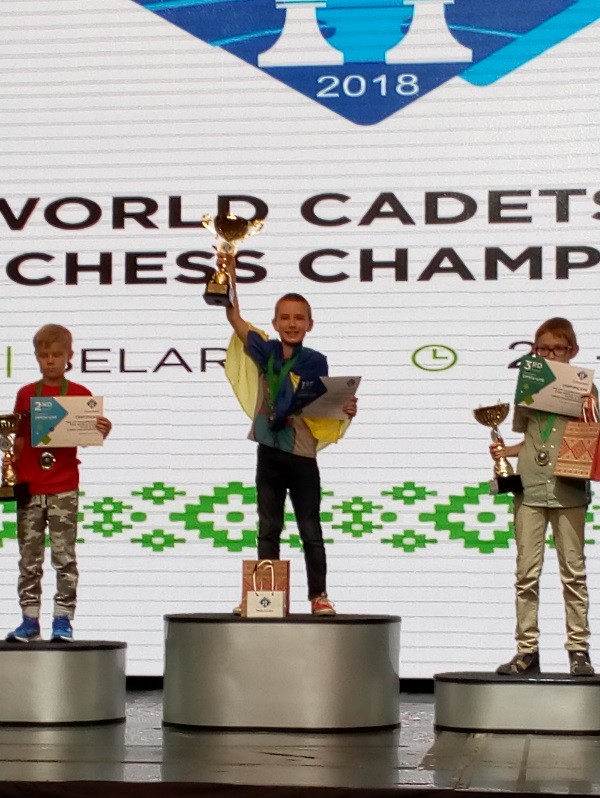 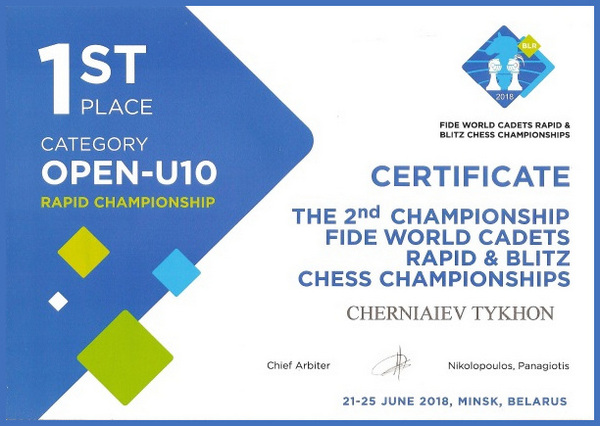 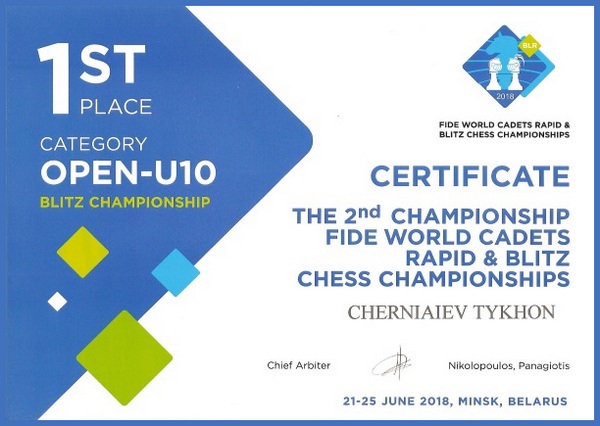 From the age of 8 Tihon leads streams on YouTube and on Twitch in English. He is doing great (for his age) to speak English. While this is not his native language, he keeps improving his pronunciation and language skills. And it does not prevent him from  leading streams, play at a High level and win in many online chess tournaments. 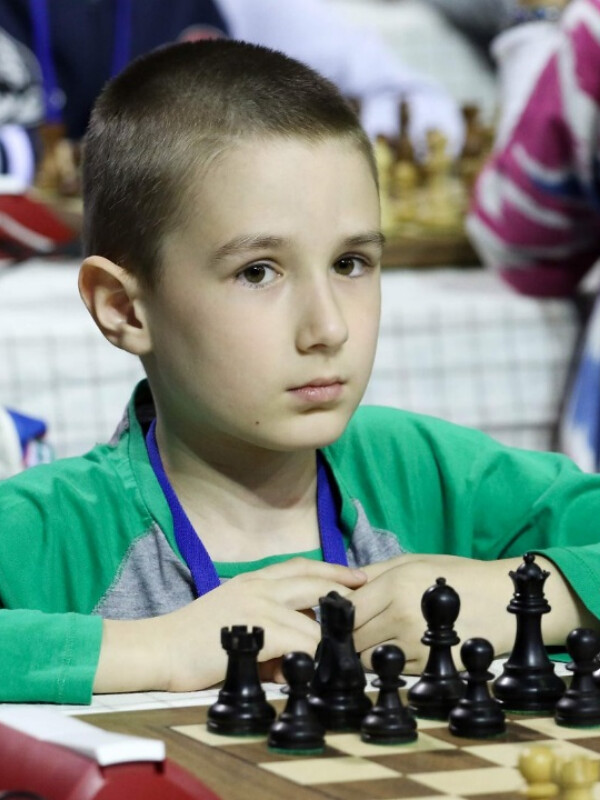 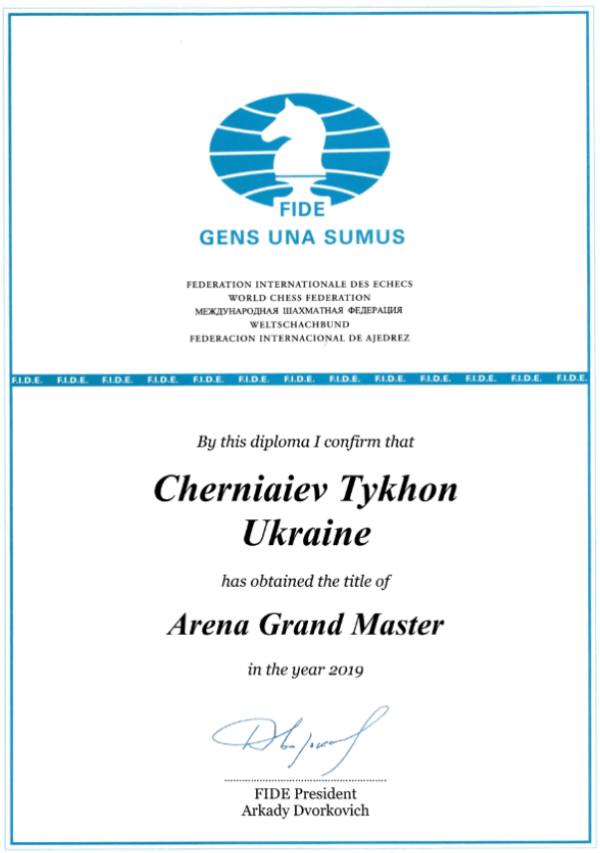 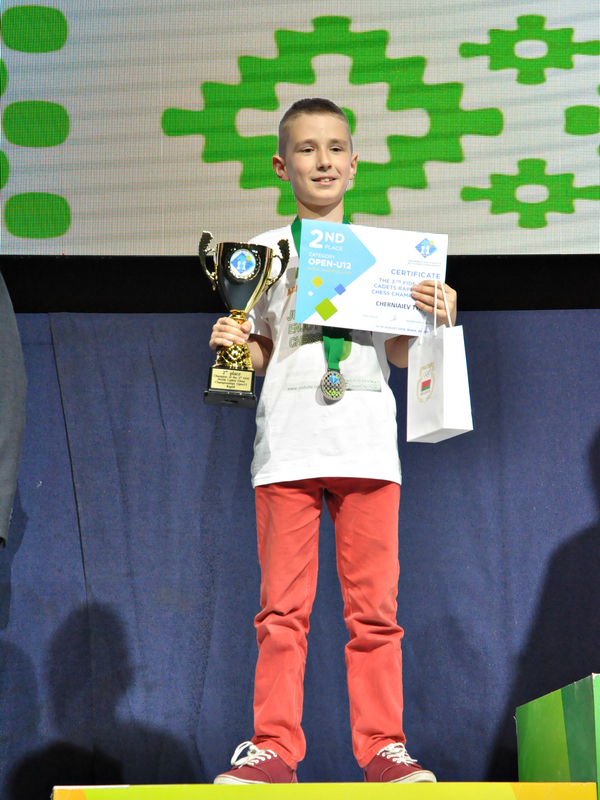 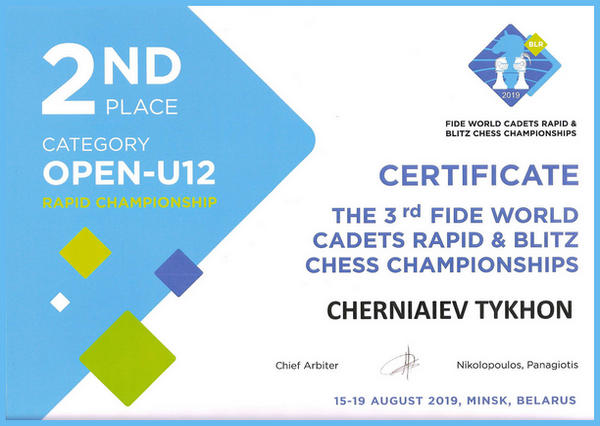 In February 2020 in Kramatorsk (Ukraine), at the age 9,11 y.o., Tihon became a Champion of Ukraine in Blitz at the Ukraine Chess Championship, boys - U20. 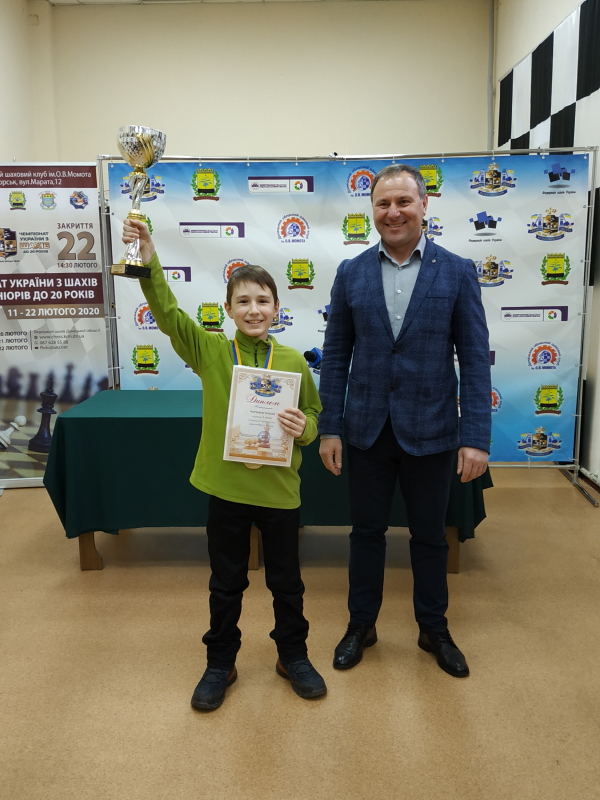 Tihon possesses an exceptional ability of self-learning, has an excellent working capacity and perseverance in achieving his goals, namely to become The Youngest Grandmaster in the world, and also to win the Crown of the Absolute World Chess Champion, (classic, rapid, blitz and even bulet). And for this, he has everything Except one: STABLE FINANCING necessary to attend tournaments of same level as well as pay coaches and sparring partners of this level (Funding for tournaments is especially needed).

That's why we created our channels for:
Firstly, to show the World the Level of our son's play at such a young age, in which many only take the first steps, and Tihon plays on equal terms with Titled masters.
Secondly, we want to find fans of our son's talent to achieve goals together! We really need your help!!! 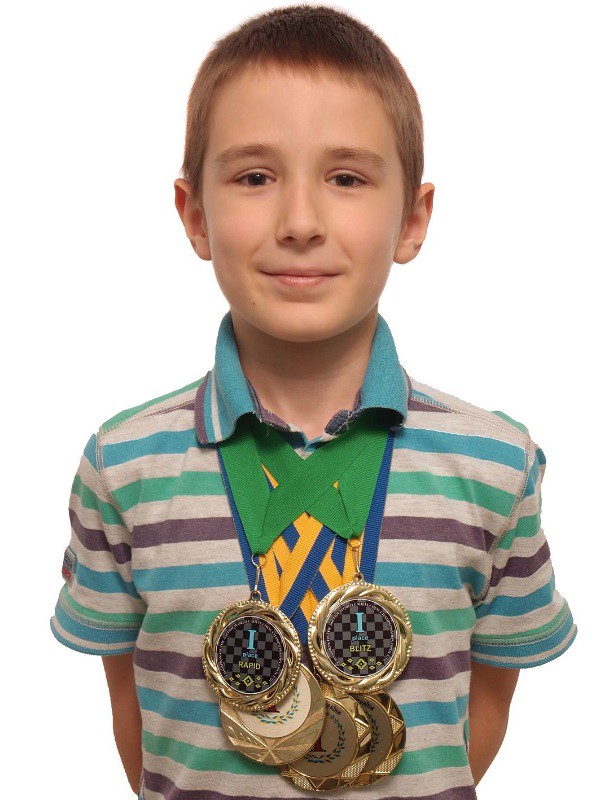 This is a very funny adventure, JOIN US !
You can become part of a GREAT CHESS HISTORY.

♚ WE CREATE HISTORY TOGETHER!!!

Thanks to everyone who is already with us, helps us in this case!!!!
Sincerely Chernyaevs.