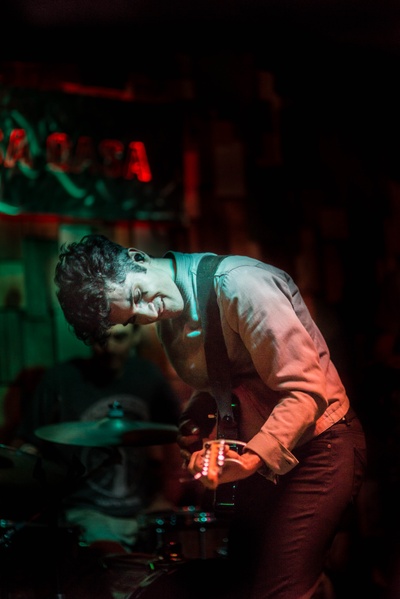 $2
per month
Join
Humbled by your support; every dollar helps! Thank you for believing in me and moving this forward!

I'd like to send you a goodie bag and gain access to patron-only stream (digital zine, song updates, music I'm inspired by).

Receive annual goodie bags for every 12 months of continuous support. Goodie bags include music in customized formats, a letter, findings and drawings. 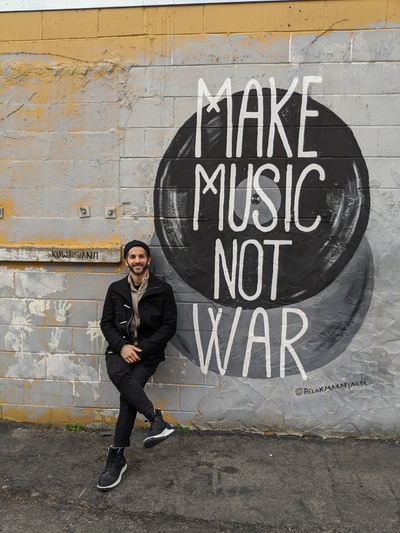 $5
per month
Join
Do you love listening to content? This is the perfect package for audio-centric patrons who appreciate sound as a medium for creative expression. Follow along +Aziz's journey through his band, riff ideas and monthly videos as he works through demo recordings, rough mixes, acoustic versions & outtakes from rehearsals.

Weigh in on the material and gain access to exclusive audio.
+ Be the first to receive our vinyl for free (date TBD)
+ Receive at least 3 audio files a month.
+ Hear tracks mid-way through the mixing phase (before they are sent off for mastering) and weigh in with comments.
+ I'd love to send you cassette mixtapes if you have a way to play it!
+ Be the first to know about livestreams and seasonal playlists +Aziz puts together on Soundcloud and Spotify.
+ Receive a signed copy of our debut CD and a sticker after you've remained a subscriber for 3 months. 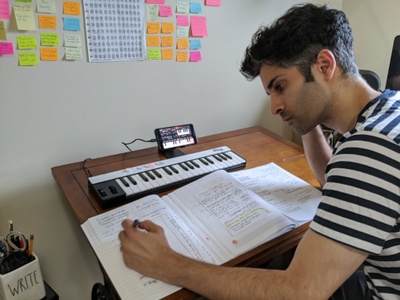 Immerse yourself in my progress! This includes sharing song content, networking experiences, tour plans, music videos and receving merch/music in the mail.

I'm a Kuwaiti songwriter/performer dedicated to expressing my take on Khaleeji identity and what it means to be Arab today. I write, play guitar and sing in Arabic/English with some help from my friends on Patreon!

Contributors' dollars go towards writing, recording and releasing music, and helps me manage other costs directly associated with my music hustle. If you believe in my voice & my ability to foster cross-cultural understanding, please consider becoming a patron!


My Story | An In-depth Interview

After developing a debut solo EP while living in NYC, I relocated to New Orleans in 2014 to develop a world rock group Kuwaisiana (2016-2021). Patreon is set up to work in tiers, but I show love and working to keep in touch with supporters at all levels.

My identity is comprised of being a native Middle Eastern artist with American roots. My goal is to continue ideating against the concept of Khaleeji Rock in order to synthesize the experiences of everyday Arab-American youth, Muslims, and express emergent perspectives of Khaleejis living in the Arabian Peninsula. Whatever the future holds for musicians, this is the path I've chosen!

Kuwaisiana Chapter 2(Jan. 15, 2021) was released independently in the midst of the pandemic. As of April 2021, the key single Bara7a amassed 26K+ streams on Spotify alone!


Chapter 1 (الباب الأول) (March 18, 2018) was released 2 years after forming my band, Kuwaisiana. elaborate music video for Gashxi as a way to say hello to the world. Chapter 1 was released through Universal MENA.


RMDN was my debut release to kick off my career! It was released as a lead single to my solo album, SoHo Spirit (April 2014), all of which was funded by a crowdfunding campaign I developed while I was living in NYC.