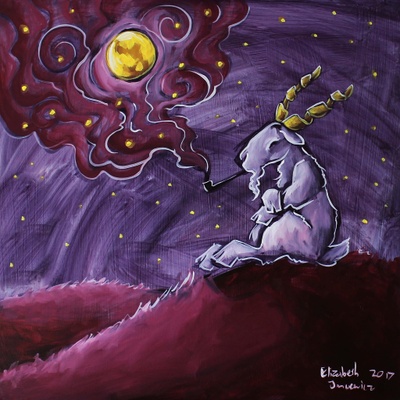 $1
per month
Join
At this pledge, you will receive:
-Exclusive access to Elizabeth's graphic novel pages months/years before it gets released
-Access to all exclusive patreon blog posts, early access to videos we make, and some free stuff we find and put up every so often
-several exclusive song downloads found nowhere else 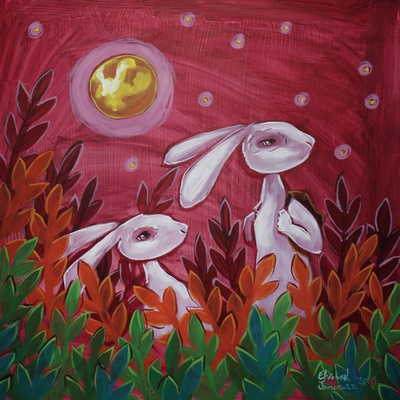 $3
per month
Join
At this pledge, you will receive:
-Everything in the previous pledge
-PLUS, the Patreon-exclusive Pocket Vinyl album "Old Sun" to download
-PLUS, 25% off nearly everything in Elizabeth's art store
-PLUS, our ambient instrumental feel-good album "Hygge" to download 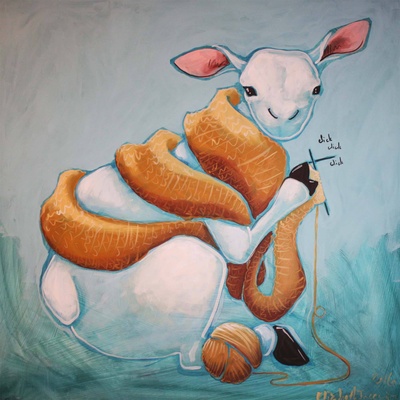 At this pledge you'll receive:
-Everything in the previous pledges

-PLUS a free download of our fantastic 2018 album "Uncomfortably Unsure"

-PLUS we'll send you a postcard next time we're on tour from some stop along the way, personalized to you or someone you love if you're an awesome friend like that.

We are Pocket Vinyl.  We're two people who like to do a lot of artistic things.  Eric (myself) does music stuff.  Elizabeth does visual art stuff.  Our main things are:

-Pocket Vinyl, our touring "piano slamming mixed with live painting" act
-The Touring Test, the semi-autobiographical comic Elizabeth makes about being in a band, living as a full time artist, and cats

We've played over 900 concerts, released 8 Pocket Vinyl albums, drawn over 300 Touring Test comic strips, and even filmed/edited/created a full length feature film about what it's like to live as small full time touring musicians.

1. Continue strongly with our webcomic The Touring Test, putting out 2 strips a week, throughout its second year in existence

2. Consistently work on and update you all on the graphic novel we're working on, written by Eric and illustrated by Elizabeth, called "50 States in 45 Days" based on our 2019 tour where we broke the world record for "Playing a Show in Each of the 50 States in the Fastest Amount of Time."  It will be published by West Margin Press in Spring 2023.

3. Continue work on our other graphic novel "Lucifer and the Predetermined Timeline", which you can read the first 50 pages here.  It is currently on pause while we work on "50 States..."

4. Announce and release the next Pocket Vinyl album, which is focused around grief, anger, and how they relate to theological experiences.

5. Return to playing live shows, pandemic-willing.  We hope to hit at least 50 if possible.  - CURRENTLY HAPPENING!  A fall tour is happening, and will include our 1000th show!

6. Replace our beloved car Dr. Periwinkle.  It is time. - COMPLETED!  Our new car is a red Suburu Outback named Hatchy McHatchbatch.  Say hi to them on tour.

7. Continually work with Tim, Jay, and Alex (members our occasional full band live configuration) on writing and recording another new album with their musical influence and expertise.

8. Return to releasing 1 to 3 music videos of various kinds, for currently unreleased songs.

As of December 2021, here is what else we completed with the help of all our Patreon supporters:

-Paid for the production, mastering, and release of our 7th album "Winter Person"

-Paid for the production, mastering, and release of our 8th album "Hygge"

-Paid for the production, mastering, and release of the 7" record "MP2"

-This entire Patreon has also been essential for us to stay alive and busy as artists during the pandemic.  Most of our income comes from touring and playing live shows, but our Patron's support has been invaluable to us just to survive.


We hope you'll be able to come along for this adventure.

Now let's make something great together.

78% complete
At this goal, all our groceries, car insurance, internet, cat food/litter, a good bit of gas, and art supply bills should be covered for the month.  THANK YOU.  To celebrate, Eric will make a personal, sincere thank you video for each and every patron.  These videos will be about 30 seconds, where Eric will give you an emotional and overly-serious declaration of thanks.  Each will be unique in some way to each person.
2 of 4