Skip navigation
We use cookies to improve your experience using this site. More information
Become a patron
Apr 9, 2018 at 1:34 PM
Paid for by patrons
New Shaped Hex Maps for Space Adventures
Blank hex maps in a two dimensional 6 by 6 grid, and a three dimensional option that goes 6 layers tall. The layout of the hexes is such that the maps can tile together and can also be represented as single hexagons at higher scale.

This is the mapping system I will be going forward with for my consolidated Traveller / Cepheus Homebrew Campaign System.

The Map of Maps has a 6x6 map composed of smaller 6x6 maps. In my Traveller campaign the small hexes in this are sub sectors, for which I use the 3D map. That means the complete Map of Maps represents a Grand Sector, 216 parsecs across and containing around 25,000 star systems. At jump 6 this would take nearly a year to traverse from side to side. 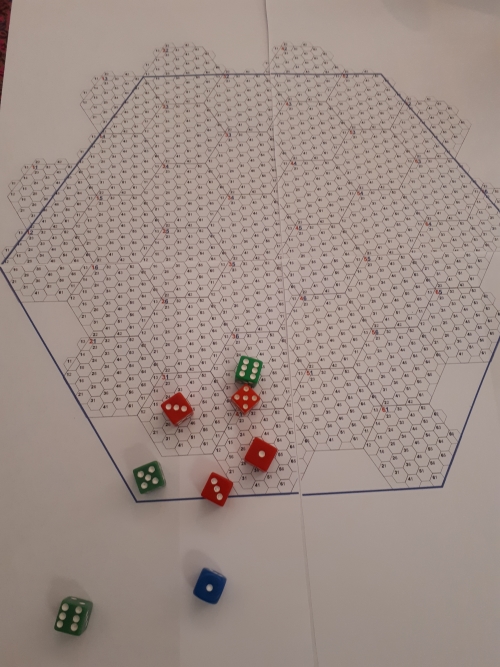