Skip navigation
We use cookies to improve your experience using this site. More information
Become a patron
Apr 25, 2018 at 6:31 PM
The influence of ketones on intermediary metabolism
Two studies: one on infusion of D-b-hydroxybutyrate at three different level producing up to 2 mM at the highest level (Mikkelsen et al., 2014); and one on ingestion of a ketone monoester (R-3-hydroxybutyl-R-3-hydroxybutyrate) producing ~3.2 mM (Myette et al., 2018). Both studies were relatively small (n = 6 and 20, respectively) yet interesting.

Mikkelsen: mainly justified the use of exogenous ketones in T2DM because of their ability to suppress hyperglycemia and hyperlipidemia. And justified 'em in CNS disorders because adherence is poor in this population and goes downhill with increasing disease severity. They're anti-ketone salts because: 1) the GI distress and salt load with doses required to get into the 2-3 mM range; and 2) they're often racemic mixtures of D- and L-b-hydroxybutyrate ("D" is the endogenous one). 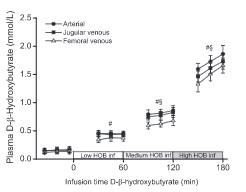 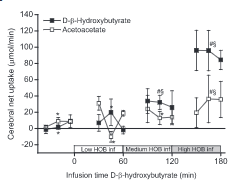 Interestingly, muscle uptake seemed to become saturated and not increase much further... this may be related to the "muscle-sparing effect of fat-derived fuels," in other words, muscle is sparing ketones for the brain like it does during late starvation. 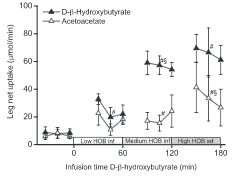 The more interesting part: glucose declined AND SO DID GLYCEROL. We know ketones inhibit lipolysis explaining the latter. WHICH MAY EXPLAIN THE FORMER! Glycerol is an important gluconeogenic precursor and hepatic fatty acid oxidation provides some fuel for gluconeogenesis... so take away these and reduced glucose appearance.

Oh, insulin levels declined a bit while glucagon levels increased a bit. Both of those changes promote higher glucose levels, but that's not what we see, I think, because of gluconeogenesis.

Myette: they jacked bHB up to 3.2 mM with one dose of their ketone monoester, then gave 'em a 75 gram oral glucose tolerance test: 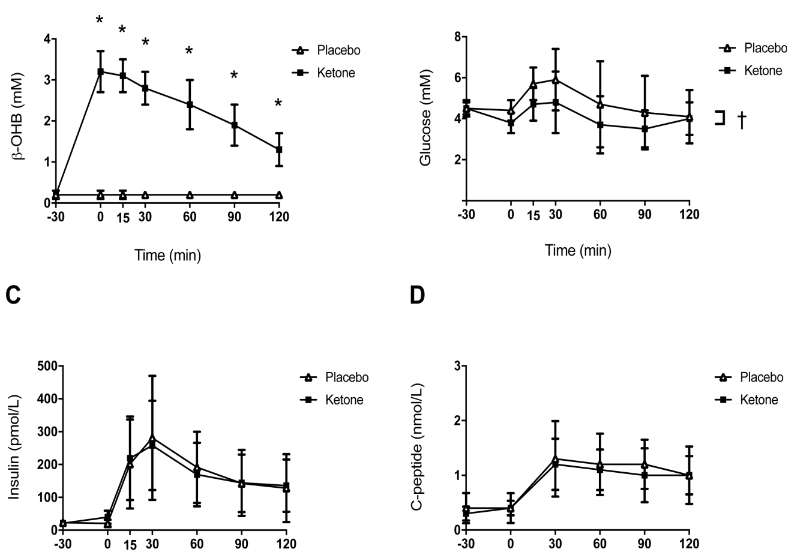 The ketones suppressed the glucose response and there was no change in insulin. I'm still thinking reduced hepatic glucose output. Again, because ketones inhibit lipolysis.

Personally, I think the biggest role for these is going to be neurocognitive disorders.

Anyone try 'em? Leave a comment with your experience!

Check out my Patreon campaign! Five bucks a month for full access and there are many other options. It’s ad-free and you can cancel if it sucks :-)

Affiliate links: join Binance and get some cryptoassetsor download Honeyminer and get some Bitcoins for free! And now you can mine Bitcoin from your Chromebook!