Gretchen Felker-Martin is creating content you must be 18+ to view. Are you 18 years of age or older?

$22,536,782,220. The collective net of all 26 Marvel Cinematic Universe films outstrips an entire year's gross domestic product of the country of Belize by a considerable margin even before merchandising or television enter the picture. Over 50% of adults ages 18-34 have seen at least one Marvel movie, a viewership so gargantuan it eclipses popular exposure to Star Wars, James Bond, and the other flagship franchises of the 20th century. Amid mounting theater closures--especially of independent and repertory theaters--and the legal sealing away of 20th Century Fox's repertory library by the studio's new owner, the Walt Disney Corporation, Disney has swollen to account for just over 1 in every 4 movie tickets sold, with Marvel at the forefront of its box office returns.

The pop culture juggernaut that is the Marvel Cinematic Universe has been steadily building momentum since 2008's Iron Man, which set the template for the series' first wave of origin stories before 2012's The Avengers replaced it with the "giant thing from space menaces planet" model which still dominates today. Popcorn entertainment has been a cornerstone of Hollywood since its inception, but Marvel's sheer scale and the depth of its cultural penetration are unprecedented. Its commercial impact on film as a medium has been tremendous, its eventual absorption by Disney a legitimate starting point to track the first ever monopoly on popular film production.

But why have these movies proved so uniquely successful? While exterior factors are many, varied, and in constant motion, the  ethos which guides the production of Disney's blockbusters is clearly and unavoidably visible in the films themselves. From the similarities in structure, casting, and shooting between each film one can extrapolate a deeply cynical modus operandi, one concerned solely with appealing to the greatest number of viewers possible while avoiding all controversy by taking no stances of substance. The creative cowardice behind each Marvel production is astounding, and that cowardice has paid off. "The greatest thing you have working for you," Mad Men's Don Draper says to a Heinz executive he's pitching, "is not the photo you take or the picture you paint. It's the imagination of the consumer," he says. "They have no budget. They have no time limit. And if you can get into that space, your ad can run all day." Disney's success with Marvel and Star Wars and whatever forever-franchise comes next relies to the virtual exclusion of all else on that idea. The company depends on showing audiences one all-important thing: themselves. This is accomplished with studious blandness, each character and conflict designed as a kind of coat rack on which viewers can easily hang their own identities. It's why the movies' heroes communicate in quips, why their relationships to one another consist of ultra-brief and non-specific conversations and the love interests from the first wave of films have all faded quietly to nothing: everything about these movies has to be something you can fit into your mouth whole and swallow without chewing.

It is critical in this approach to film-making that the film is less vibrant than the average imagination. The superheroes of the Marvel films have a generic suite of powers (strength, speed, various energy beams) and never enter into anything truly outlandish on either a visual or conceptual level. They have to remain good-looking blanks onto which viewers can project. The characters' emptiness and the purposefully undeveloped connections between them provide fertile ground in which the interpretations and personal peccadilloes of fans can take hold.

The sheer weight of articles passionately asserting this or that superhero is queer and the movies MUST acknowledge it, or that some other facet of their identity is secretly the focus of the year's new Marvel smash hit is astonishing. It's grasping at straws to be sure, but that there are straws to grasp at is the point. The viewers, provided the tiniest "in" to a mainstream cultural colossus, are eager to build monuments to Disney in their own minds, to take on the work of the company's marketing and public relations because they've come to see themselves as inextricable from that company's products. 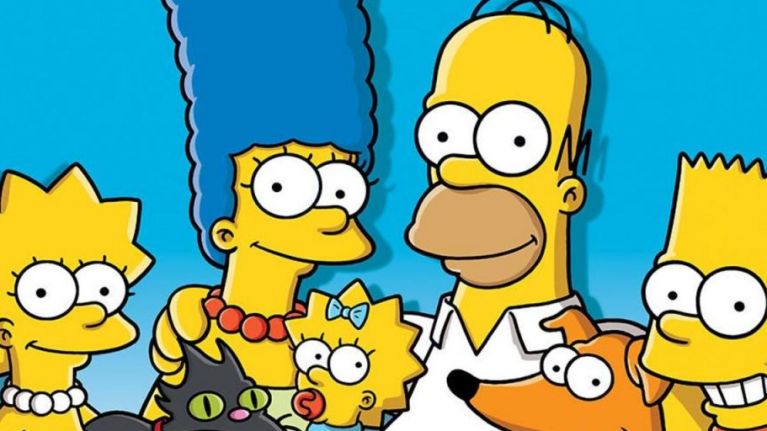 The other great underpinning tenet of Marvel's success is its devotion to the status quo. This lesson, adopted from the timeless fairy-land of decades of sitcoms and Sunday funnies, ensures that audiences know without fail what they're paying for when they go to the theater. It's the same reason Oreos are a successful cookie: they're indistinguishable from one another. Every Marvel hero is a wiseacre. Every villain is smirking, a little gothy, and assured of their own supremacy. Every fantasy city is all shining spires and every super suit is the same skin-tight, faux-serious getup. The villain loses every time because villains threaten the status quo, while the heroes protect it.

The real-world politics of the films strongly support this conservative bent. Black Panther features a white CIA agent who heroically uses a drone to shoot down black arms dealers hoping to start an anti-American global revolution. Captain Marvel received substantial support and cooperation from the US Air Force thanks to its positive depiction of that agency, while Iron Man featured a lethal one-man war against nebulously Middle Eastern "terrorists". In this collection of articles, journalist Siddhant Adlakha thoroughly and insightfully charts the long-standing relationship between Disney, Marvel Entertainment, and the various  branches of the United States Armed Forces. It is, to say the least, revealing reading.

The Marvel films boast enormous production values, but their creature and sci-fi design remain wholly unmemorable and generic. Every space ship looks more or less the same,  ditto for every eccentric space character and monster. The CGI metropolises of Asgard and Wakanda are reskinned clones of one another, silvery and devoid of life or coherent culture. Nothing is messy. Nothing is flawed or ugly. It's all one big zipless blob of gray-white nothing, and to say that the films' color palettes are similar would be to fatally overburden the word "similar". Ditto the camerawork, which in over a decade has produced virtually nothing noteworthy or visually interesting. Probably the best shot in the entire 20+ movie run is of a Wakandan warrior sliding down a banister.

That blandness is the point of the MCU. It's a creeping cultural mold, engulfing more and more of film and television every year, smothering the rest of the movie industry and concealing itself behind the optics of its "woke" movies and their directors to encourage the idea that they are pop culture and that social progress only happens through them. Consider Disney CEO Bob Iger's response to director Martin Scorsese's remark that the Marvel movies are "theme parks, not cinema". Iger cites specifically the work of Ryan Coogler on Black Panther, claiming that Scorsese is invalidating the film's cultural importance and artistry and ending the statement with "there, I said it" in a clear invocation of racist intent behind Scorsese's initial criticism. The sheer dishonesty of it, especially from a company with minimal historical interest in the black community and its own track record of racist ugliness, is breathtaking.

Disney has successfully sold not just its movies but the idea that those movies, a lineup of shallow, ugly, and inherently conservative three-hour slogs, are important moral and social touchstones and that any objection to these movies (Scorsese's comments really do boil down to "they're not for me, no offense") amounts to regressive snobbery. It's a cheap, cynical ploy, a sort of wrapping one's self in the proverbial flag. Disney's suits know the movies their company makes are meaningless, that they exist to rake in money and for no other reason, but by engaging in tokenism they can hide behind a facade of mission-driven goodness. Capitalism--always at odds with the creation of great art--has found its purest and most gluttonous incarnation in these self-righteous monuments to mediocrity.