Skip navigation
We use cookies to improve your experience using this site. More information
Become a patron
Jun 4, 2020 at 3:31 PM
THE TOM THE DANCING BUG FOR JUSTICE FUNDRAISER

Wow, I'm so touched and grateful for the support you guys showed for this fundraiser.  As of this update, we were able to raise $6,896 for the NAACP Legal Defense Fund! Thank you so much to all who were able to participate.

THANK YOU SO MUCH TO YOU AND THE GREAT STATE OF MAINE!

As the rules state, the Top Donor gets first crack at the "Top Prize" of original artwork to the comic "BLM-I-am." So all winning donors should contact me at teamdancingbug at gmail dot com to find out what prize they won, and, if the "Standard Prize," what single-panel, pen/ink 6"x8" drawing they would like (see below).

Again, THANK YOU to ALL who were in a position to participate!

It's easy to feel helpless in these very dark times.

But we're not helpless, and fighting through that feeling is essential to our ability to get through this crisis.

Among the many ways you can help, making financial donations to organizations with infrastructure and expertise, if you are in a position to do so, can make an impact.

In the past, I've set up fundraising campaigns for various causes, encouraging people to give, and offering meager, silly prizes, and the support these campaigns received has not only contributed to those organizations, it's helped me to feel a little less helpless and less alone.  And I hope it's helped the participants feel a little less helpless and alone.

So today I'm launching this Tom the Dancing Bug for Justice Fundraiser.  Because ever since my comic strip first featured a giant nap-taking alien, people have been saying it's For Justice. 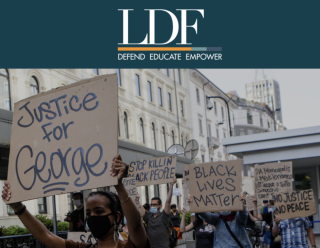 You can participate by making your donation directly to NAACP Legal Defense and Educational Fund through a donation page I set up:

But watch out, you just might get a prize:  a Tom the Dancing Bug original illustration.

Four donors will get a Tom the Dancing Bug illustration sent to them:

--> The top donor to the Fundraiser (multiple donations from the same donor will be aggregated); and

--> Three random donors to the Fundraiser regardless of size of donation, $25 minimum.

To be eligible for the prize, be sure to not to check "Hide amount" or "Don't show my name" on the donation page.

The top donor will have first offer of receiving as their prize the TOP PRIZE: the original art (with text to be pasted on) for the comic for the week of 6/8/20, "1st Am's a Sham, BLM-I-am." 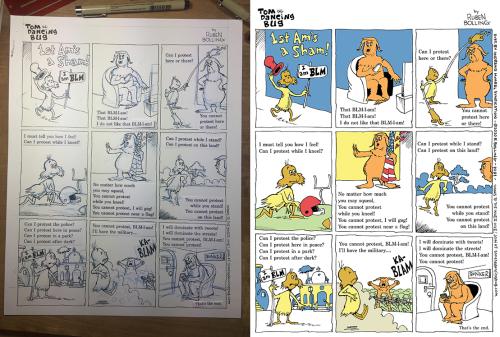 If the top donor would prefer the STANDARD PRIZE (see below), the Top Prize will be offered to the random donors, in random order.

The STANDARD PRIZE (for those who don't get the TOP PRIZE): You can have me draw:

A pen/ink recreation of the cover of the Tom the Dancing Bug: Into the Trumpverse book, coming out in August; OR

A pen/ink recreation of (almost) any Super-Fun-Pak Comix (apx. 6 inches x 2 inches); OR

You can tell me what you'd like me to draw (subject to the boundaries of law and propriety), or we can come up with something in collaboration.  God-Man fighting Charley the Australopithecine, Hollingsworth Hound in a tutu, Percival Dunwoody riding a Giant Wombat... whatever you want.  (pen/ink, single panel, apx. 6 inches x 8 inches).

Winners will be announced on the Tom the Dancing Bug blog post  on July 1, so check there to see if you won.

Thank you, everybody.  Hoping you are fortunate enough to be in a position to help in any way.

CLICK HERE TO MAKE A DONATION AND PARTICIPATE IN THE TOM THE DANCING BUG FOR JUSTICE FUNDRAISER.

(Note: I made a $200 donation to start things off and to defray the transaction costs of using gofundme.com to manage this campaign.) 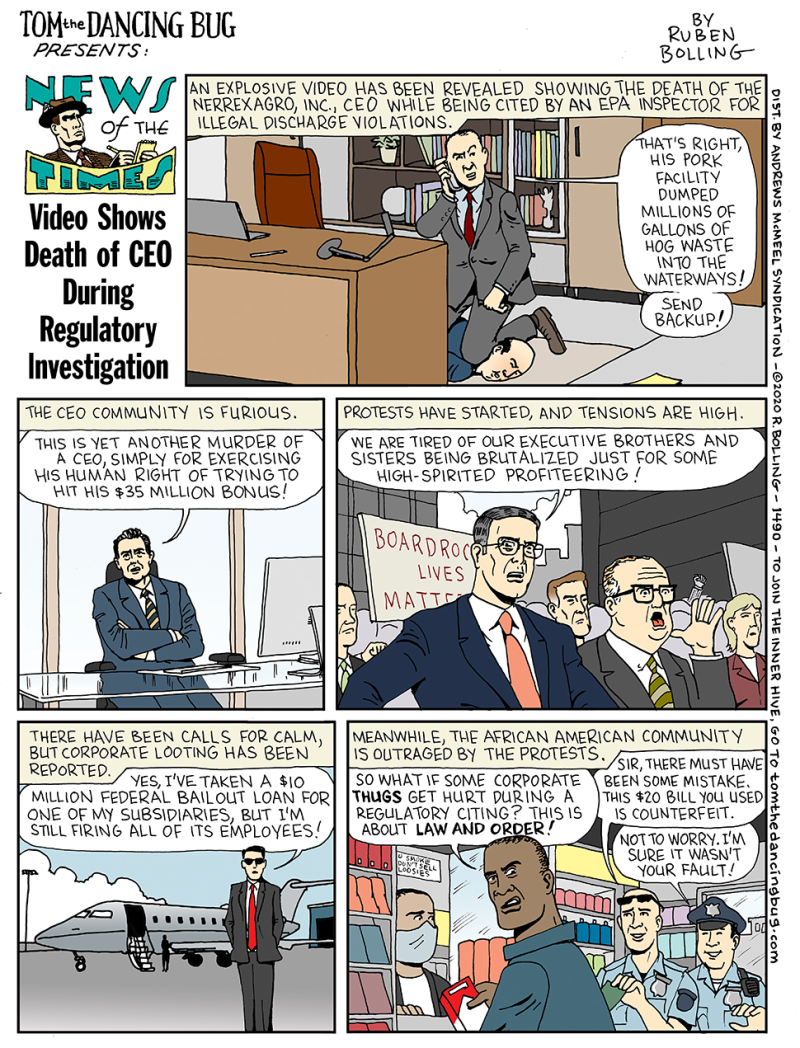 Tom the Dancing Bug on GoComics