Skip navigation
We use cookies to improve your experience using this site. More information
Become a patron
Feb 22, 2021 at 6:39 PM
Interactive Snow w/ Tessellation for URP

You will need two files for this, a .hlsl file for the tessallation part, and a .shader file.

(From none to high tessellation)

For the tesselation explanation, check out the post I made a few months ago:

Tessellation is based on distance, only close the camera will be higher poly. The max distance can be controlled with _MaxTessDistance 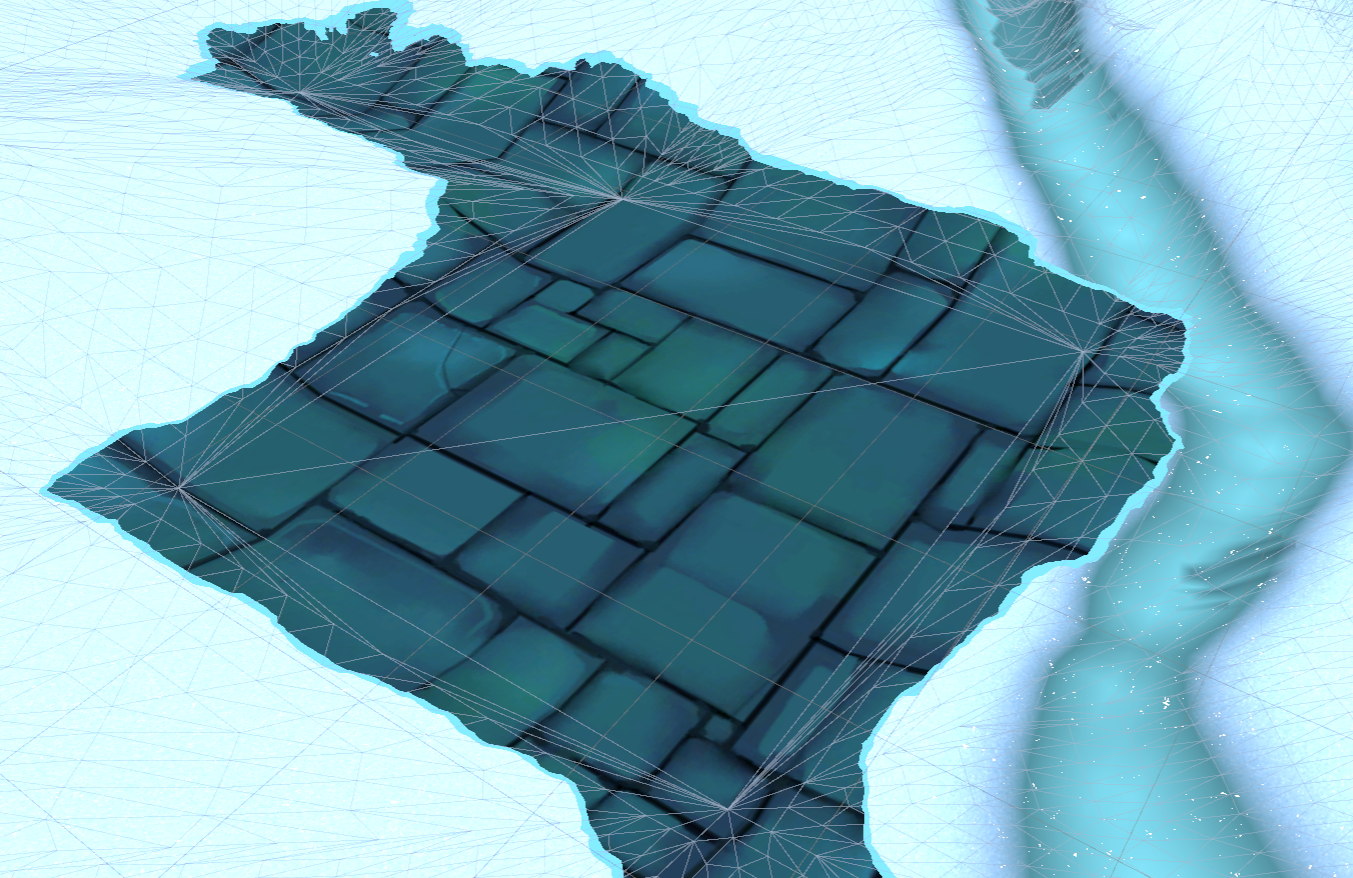 The tessellation is also based on vertex color, so parts without red are always low poly. 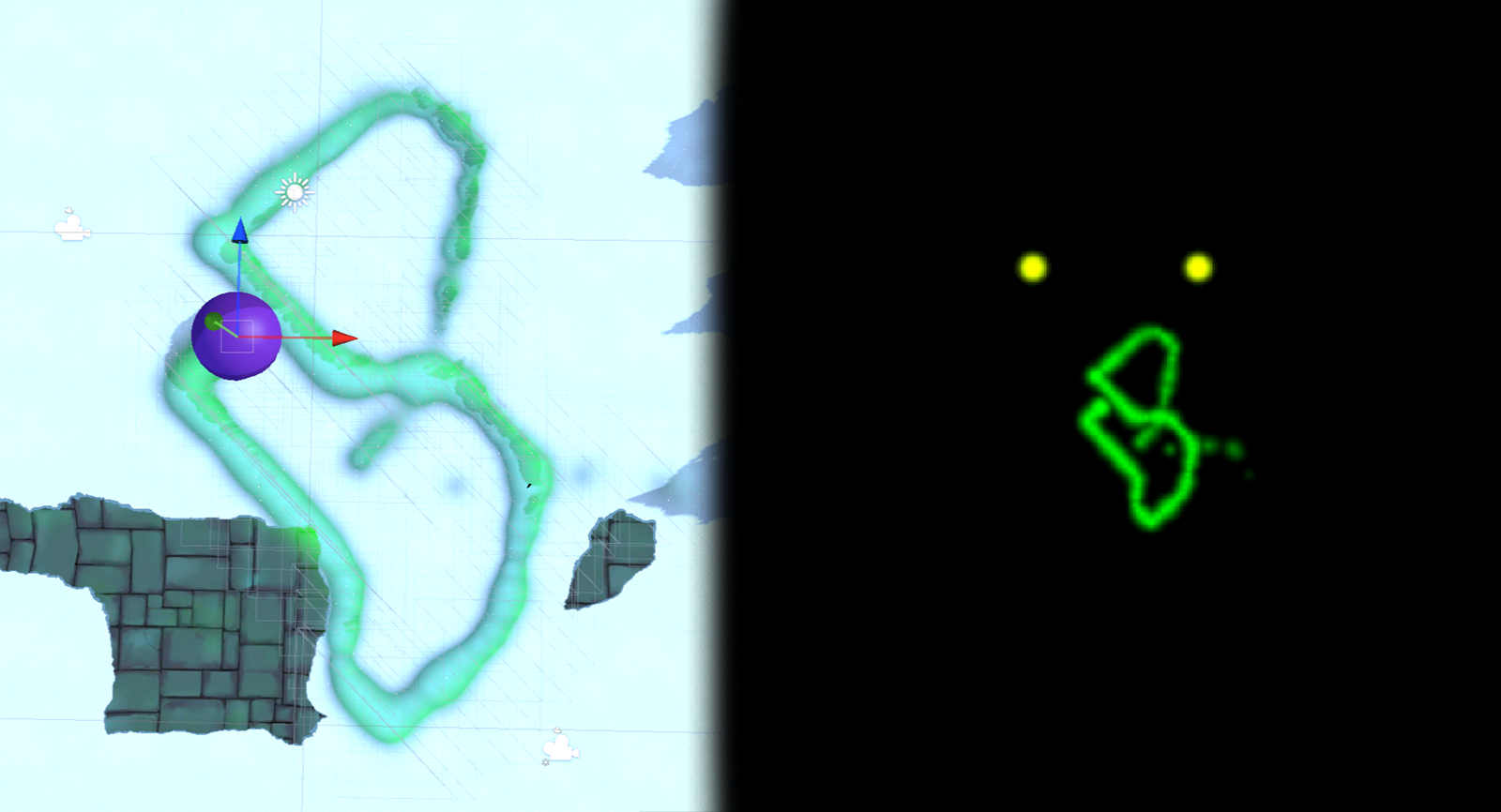 This is done with a RenderTexture and an orthograpic camera above the player. The player will have particles attached that spawn over distance. Make sure these particles are on a new Layer that only the orthographic camera can see.

As a child of your interacting meshes, set a new particle system with Start Speed 0.

Start Lifetime is how long you want to snow to stay, I've set it to between 10 and 15.

Set the Start Size to be about as wide as the mesh thats deforming the snow. with a slight random variation in it

In Emission, the particles need to spawn 10 Over Distance, and to make sure there is always an indent, also set Rate over Time to between 1 and 2

Shape is simply set to a tiny 0.1 Edge

Set the Color over Lifetime to fade to alpha 0 in a green gradient (Make sure it's pure green to avoid mixing with other particle effects!)

Finally in the Renderer;

Set the Material to a standard white circle, with the Legacy Shaders/Particles/Additive (Soft) shader (or equivalent of the soft additive mode) I'm using a simple soft circle

It should look similar to this now, like a blobby trail. The variation in size makes it a little more natural looking

A little extra: quick setup for some snow particles falling down 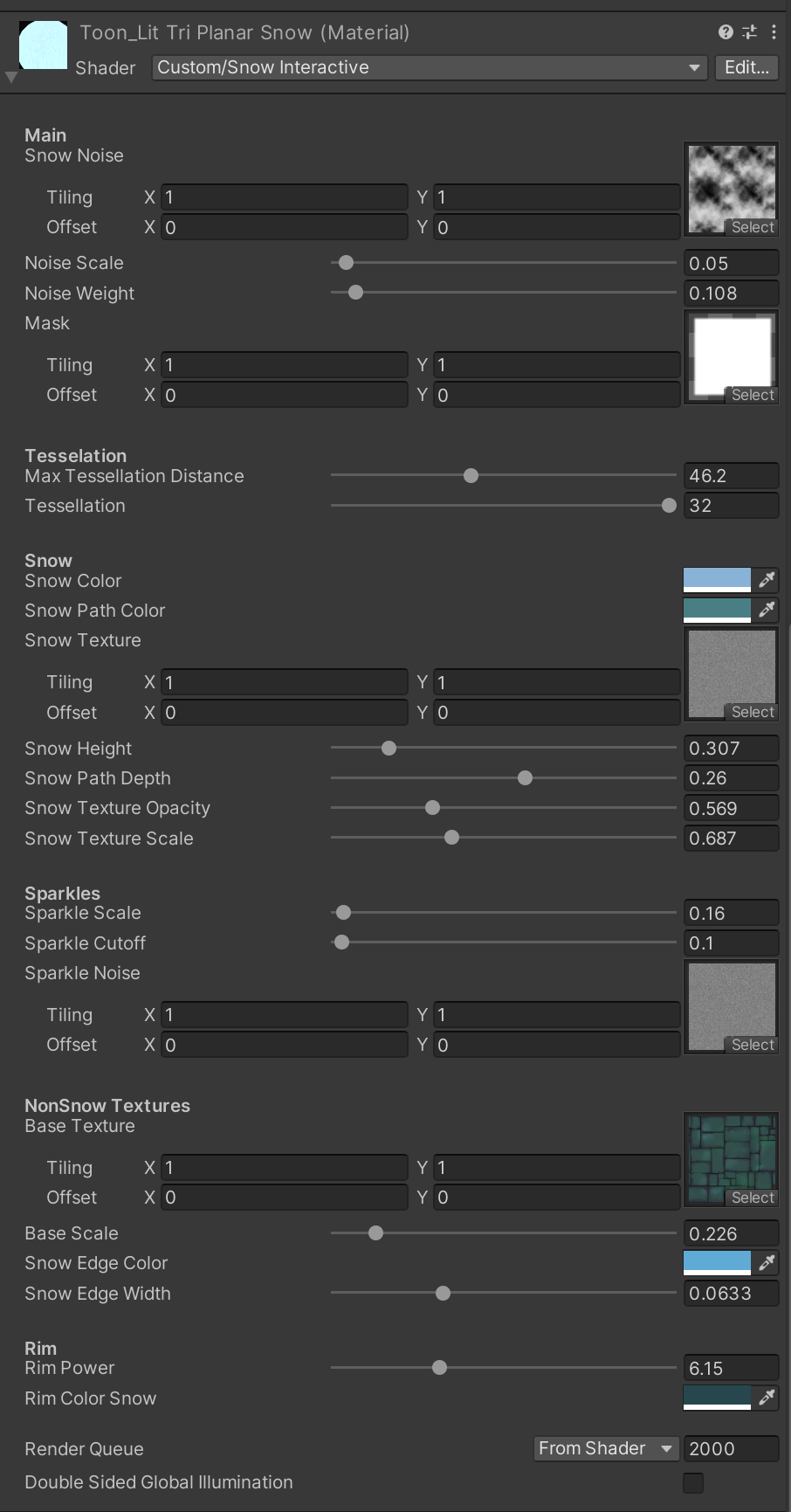