Skip navigation
We use cookies to improve your experience using this site. More information
Become a patron
Mar 2, 2021 at 8:01 PM
Why the Target exclusive still has staying power in mainstream music

It’s hard to deny that the music industry as a whole is now digital-first. From VR concerts and gaming partnerships, to NFTs and monthly paid memberships, artists and labels have been experimenting openly with new technologies and business models to market their music and engage with fans, trying to compensate for a world of tour cancellations and store closures.

Yet even among this industry-wide shift to digital, we cannot discount the enduring importance of physical retail. Yes, physical music sales continue to decline year-over-year against the rise in streaming revenue. But according to MRC Data, 2020 actually reported the smallest annual decline for total physical units sold since 2015 — thanks largely to a striking 46.2% increase year-over-year in vinyl units sold, to 27.5 million units. The RIAA just reported last week that 2020 was the first year since 1986 that vinyl records generated more revenue than CDs in the US.

Amidst this backdrop, one nearly 60-year-old physical retail conglomerate has remained an indispensable, if unexpected partner to the recorded-music industry: Target.

In the last 12 months, over 50 different artists have partnered with Target on exclusive vinyl and CD versions of their new albums. 70% of these exclusive deals have been for major-label pop and rock artists — like Shawn Mendes, Halsey, Lauv, Stevie Nicks and AC/DC, plus a growing East Asian pop cohort including SuperM, Twice, Blackpink and Tomorrow x Together. That said, several hip-hop and R&B artists like The Weeknd, Trippie Redd and Jessie Reyez have recently incorporated the Target exclusive into their marketing arsenals as well, alongside country artists like Keith Urban, Kelsea Ballerini and The Chicks. Even movie soundtracks, like those for Trolls: World Tour, Soul and the upcoming No Time to Die, are also in the mix.

Target-exclusive versions of albums usually come with added perks like extra tracks, exclusive LP colors, alternative album artwork and collectible memorabilia such as posters and photo cards. As of press time, Target’s online store has a stacked schedule of more than a dozen upcoming exclusive album release campaigns in the next several months, including but not limited to the following:

To be fair, retailers like Wal-Mart, Barnes & Noble, Best Buy, Newbury Comics, FYE and Urban Outfitters also partner with labels on exclusive vinyl records and CDs on a regular basis, ranging from back-catalog reissues to the latest pop releases. But over time, fewer and fewer exclusives have been available from these retailers on an annual basis; no other big-box retailer has matched Target’s continued volume and focus on exclusive frontline releases from more modern stars across multiple genres. The company’s commitment to and resulting popularity in the music industry is especially intriguing in today’s allegedly “streaming-first” world, and speaks volumes to the importance of physical retail in modern music marketing, even in 2021. 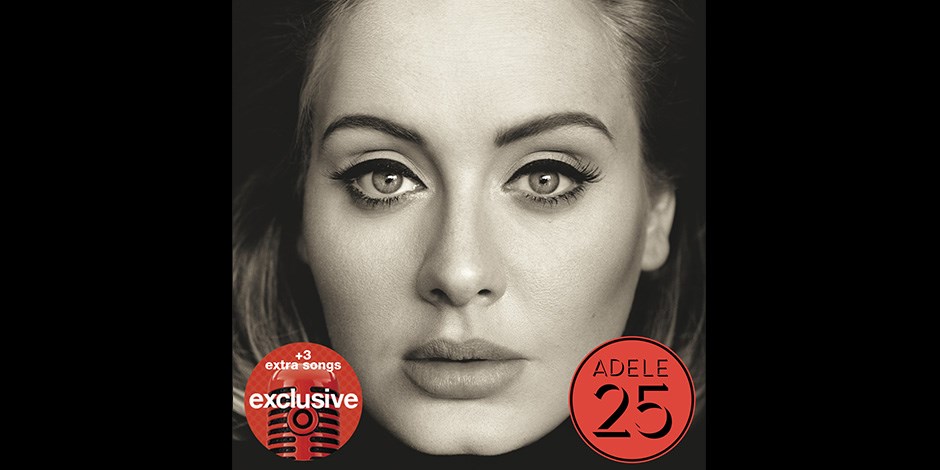 Financially, Target has been faring surprisingly well during the COVID-19 pandemic. According to its latest earnings report, the company’s annual sales grew by more than $15 billion in 2020 — more than all of its sales growth in the previous 11 years combined.

The retailer has built a reputation not only as a source of essential goods (which allowed its stores to stay open in the early months of the pandemic), but also as an exclusive destination for discretionary spending and private-label brands like their apparel lines All in Motion and Cat & Jack, which generated over $1 billion and $2 billion in sales in fiscal year 2020, respectively.

Target’s reputation as a music-industry partner and tastemaker dates back at least to 2007, when the retailer started distributing exclusive albums from the likes of Kenny Loggins and David Cassidy in its stores, via a joint venture with the now-defunct indie label 180 Music. Importantly, Target wasn’t alone. Wal-Mart also tried out its own exclusive music strategy in 2008, when it signed direct distribution deals with bands like Journey and the Eagles — without a traditional label middleman.

Amidst the ongoing decline in recorded-music sales at the time, big-box retailers like Target and Wal-Mart were seen as potentially powerful alternatives to labels as far as financial resources were concerned. In the words of Irving Azoff at the time: “The labels couldn’t match the marketing commitments that Wal-Mart could make. It was well in excess of anything a label could do.”

Eventually, Target abandoned its “pure” exclusive strategy for music, and instead shifted to releasing Target-branded deluxe editions of albums that were available elsewhere — much like the ones we see today. By 2013, Target was inking nearly 100 of these deals every year, many of which would go on to top the Billboard charts. In 2016, the Target-exclusive deluxe edition of Adele’s album 25, which included three bonus tracks, accounted for an estimated 1.8 million physical units sold in the US in its first three months — accounting for 23% of all copies sold of the album in that time period. One year later, Target sold two exclusive deluxe editions of Taylor Swift’s album reputation, which accounted for 40% of that record’s first-week sales.

Alongside dwindling physical sales overall, the number of annual music exclusives under Target’s wing has decreased by around half in the past eight years, from around 100 such partnerships in 2013 to around 50 in 2020.

But music is still an essential asset to stay competitive in brick-and-mortar retail. The value of exclusive vinyl drops is well-known in the context of traditional music stores, especially during events like Record Store Day and Bandcamp Friday. But from the big-box, non-music retailer’s perspective, exclusive music releases are also valuable as a “gateway” product to help attract customers to the variety of other products in their stores.

Either the retailer or the label can initiate these kinds of exclusive partnerships, and artists and labels are generally in favor of the opportunity. “As a label, those are very hard to pass up,” says Dave Martin, head of physical for Omnian Music Group. “You want to support those retailers who support your label, you want that retailer to support you as an artist. And then, in a nuts and bolts sense, those are usually one-way sales. And it's great, they buy the entire pressing, and you're done. You sold a bunch of records.”

Even better for the artist, the partnership opportunities with big-box retailers can expand far beyond recordings alone; in the case of Target, the retailer has sponsored Grammy performances from some of its exclusive artist partners and featured them in their advertisements (e.g. with Coldplay, Carly Rae Jepsen and Lil Yachty). It’s like an integrated brand sponsorship, except there’s a much more direct line to concrete music sales.

Albums as merch, and collector culture as a frontline strategy

An important piece of higher-level context behind the enduring popularity of Target exclusives has to do with the evolving role of the “deluxe” album in music marketing.

Over the past several years, the word “deluxe” has taken on a far more nuanced meaning in the music industry than just expanded reissues or anniversary box sets for an artist’s back catalog. In a world that rewards consumption as opposed to sales, it’s become increasingly common for artists — especially hip-hop and R&B acts like Lil Uzi Vert, Lil Durk and The Weeknd — to bring their deluxe albums to DSPs as soon as a few days after the original album’s release, to maintain momentum and maximize first-week streams with even just a few additional tracks.

Instead of exploiting nostalgia, this notion of “deluxe” embraces and emphasizes a sense of newness — a race to stay culturally relevant beyond just the New Music Friday blip. Such an approach has only accelerated during the COVID-19 pandemic, as artists seek to fill in the gaping hole of lost touring revenue while keeping fans engaged.

And while hip-hop acts pioneered this strategy with a focus on digital-only releases, those in pop, rock and country genres are now co-opting the approach for the physical world.

In this vein, East Asian music markets arguably lead the way. BTS debuted at No. 1 on the Billboard 200 charts with their album Be, largely thanks to a $51 collectible CD with photo cards, lyric posters and other perks; overall, K-pop saw continued growth in physical album sales in South Korea last year, despite the pandemic. Both local and international albums in Japan often come with exclusive perks upfront, such as bonus tracks or even tickets to VIP meet-and-greets.

Keith Caulfield, Billboard’s Senior Director of Charts, suggests that a lot of labels in the US are now trying to adapt K-pop’s success with deluxe CDs and a collector-driven approach to physical releases to their own local rosters. “While US labels really focused on streaming in the past few years, I think they realized that there was this additional market that they could perhaps make a lot of money off of, through making deluxe packages and deluxe box sets,” he says.

Importantly, recent changes in US chart rules have incentivized artists to release multiple different physical versions of their albums on the same day.

In August 2020, Billboard implemented several changes to their chart formulas that disqualified multiple forms of bundling, including merch and ticket bundles. In addition, the new chart rules dictated that when a digital download is sold online along with a physical format like a CD, cassette or vinyl record, that digital sale is counted only when the physical version of the album reaches the customer, not at the point of purchase.

In the months following this change, artists increasingly started to treat albums themselves as merch — releasing multiple physical versions of the same album at once, with a variety of different kinds of deluxe packaging, vinyl colors and liner notes, to appeal to the collector culture that drives so much of modern global superfandom.

Several albums debuted at No. 1 on the Billboard 200 albums chart in the past year because they made several different versions available for sale — often as part of exclusive retail deals with partners like Target:

There’s an important emotional angle to consider here as well: For many music fans, buying as many copies of an album as possible is a way for them to participate in fandom to their fullest extent. It not only offers fans a way to support their favorite artists financially and help to drive up chart positions; it can also allow fans to establish themselves and even gain status within a particular fan community.

Whether through merch, posters, stickers, CDs or vinyl, physical products are a crucial part of the fan experience, allowing people to showcase their fandom in more visual, concrete ways. In some cases, it’s about getting that Target exclusive bonus track they can’t find anywhere else, as it’s often not clear when or if that track will make it onto a DSP. No matter what the genre, physical music offers something to music fans that the dominant DSPs don’t: A sense of ownership.

Aliya Chaudhry is a music and technology journalist. She was previously a staff writer for The Verge, and has recently written for Kerrang!, DIY and Louder. You can find her work on her website and follow her on Twitter. She last wrote for Water & Music about the SVOD music rush.

Cherie Hu is the founder and publisher of Water & Music and a longtime writer focusing on the intersection of music and technology. You can follow her on Twitter.

Read more of our coverage on music marketing strategies: