Skip navigation
We use cookies to improve your experience using this site. More information
Become a patron
Jun 17, 2021 at 7:46 PM
v0.8.0 out for Patrons! And some other stuff!

I was gonna make a video... but it was looking and sounding awful, so screw it, written post it is!

Holy hell, it's been a while. I'm so sorry for being rather absent here, though I HAVE been working on Dunkehr! Among some other stuff. Speaking of which...

As some of you know, I've been participating in the Sonic Amateur Games Expo the last couple years. As of late development on Dunkehr has been rather non-linear. That is, I've been working on stuff out of order (which is normal in game development), meaning I don't have enough to clump into one single chunk of content big enough to justify releasing a new public demo. So this year Dunkehr will be sitting out of SAGE.

... But I won't. I'll still be participating, but with a lil' something I've been doing on the side: 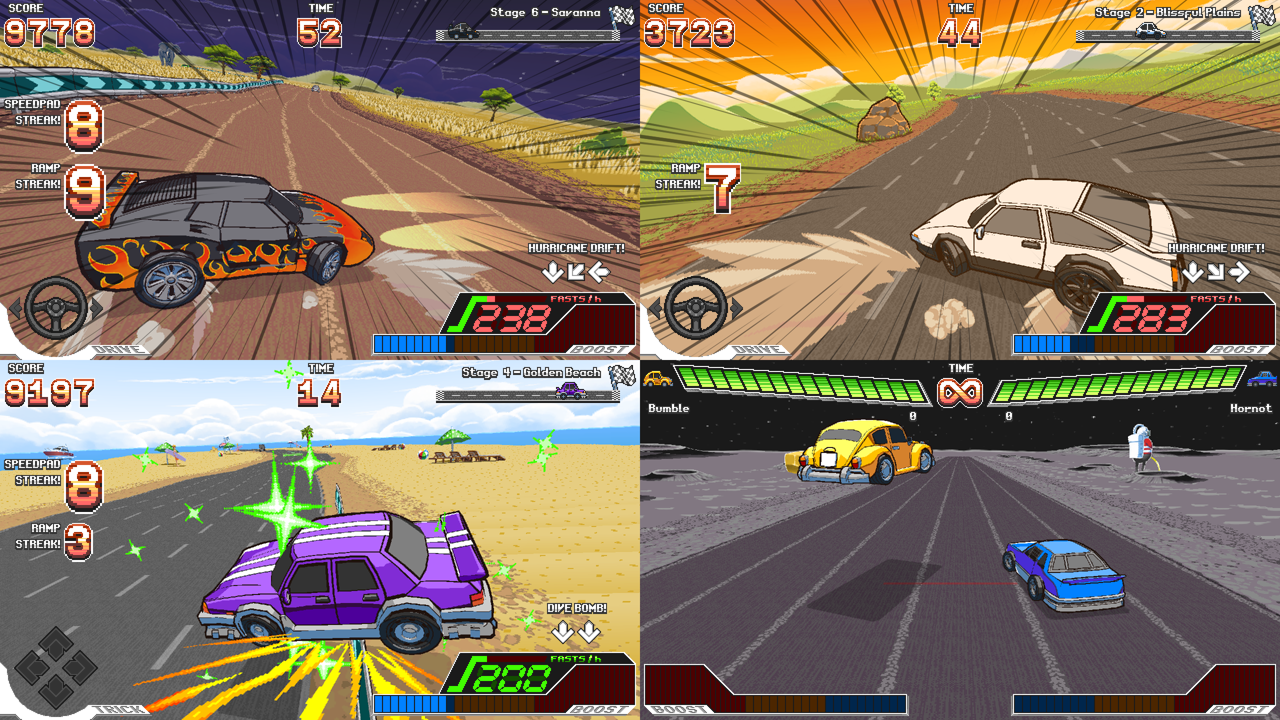 This is Shut Up And Drive!, an endless runner based on old-school arcade drivers, which will be releasing this August right along SAGE, and I will be submitting it's demo to the event. In the meantime, feel free to check the game's Itch page I got linked up there! Also patrons will be getting a free download to the full version once it's out! Consider it a bit of a bonus, along with a bit of an apology for being absent around here.

And now that all that's out of the way... 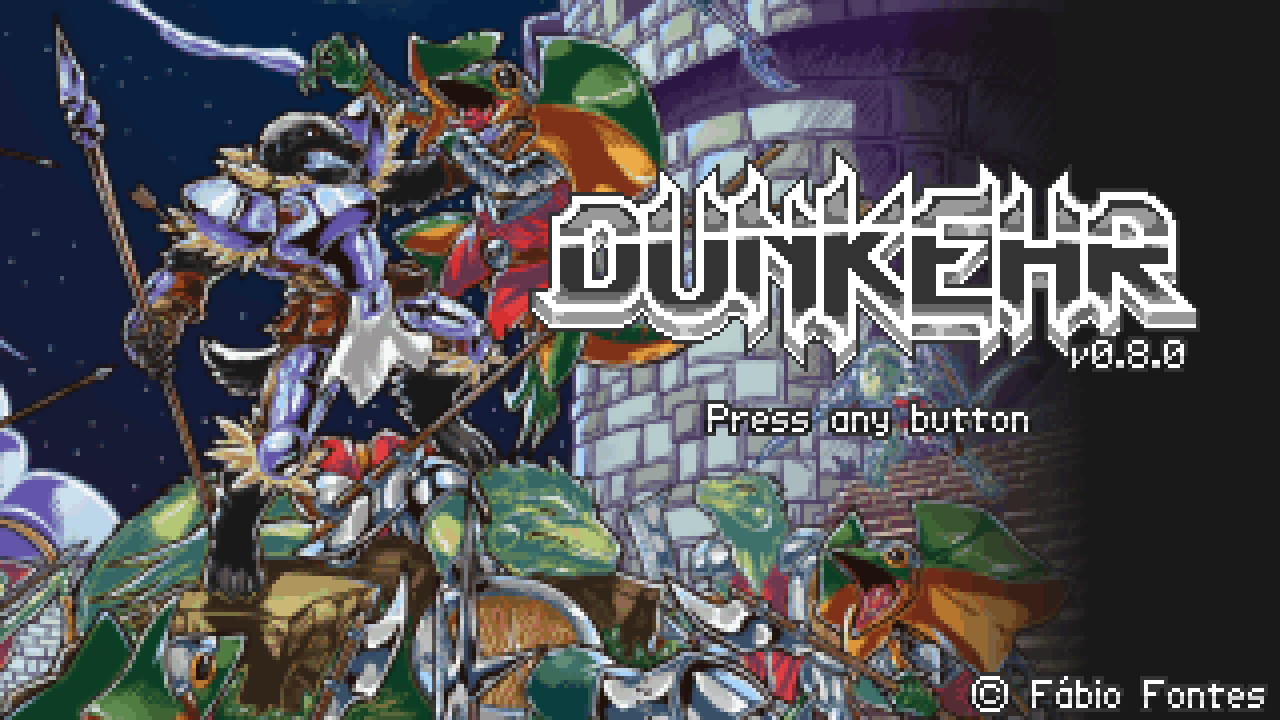 As usual, expect download links in a following post. In the meantime let's go over what's new in this build!

Settings can now be saved!

Game settings (window size, music volume, etc.) are now saved into an ini file, which is stored in a folder determined by Game Maker. On windows this is usually within the Appdata folder. This is where data will be saved in general, be it for settings, game progress or anything else (more on this "anything else" later).

That car game up there got me somewhat comfortable with 3D in Game Maker, so... yep, map's in 3D now! Does it add anything mechanically to the game? Not really... but it looks pretty! 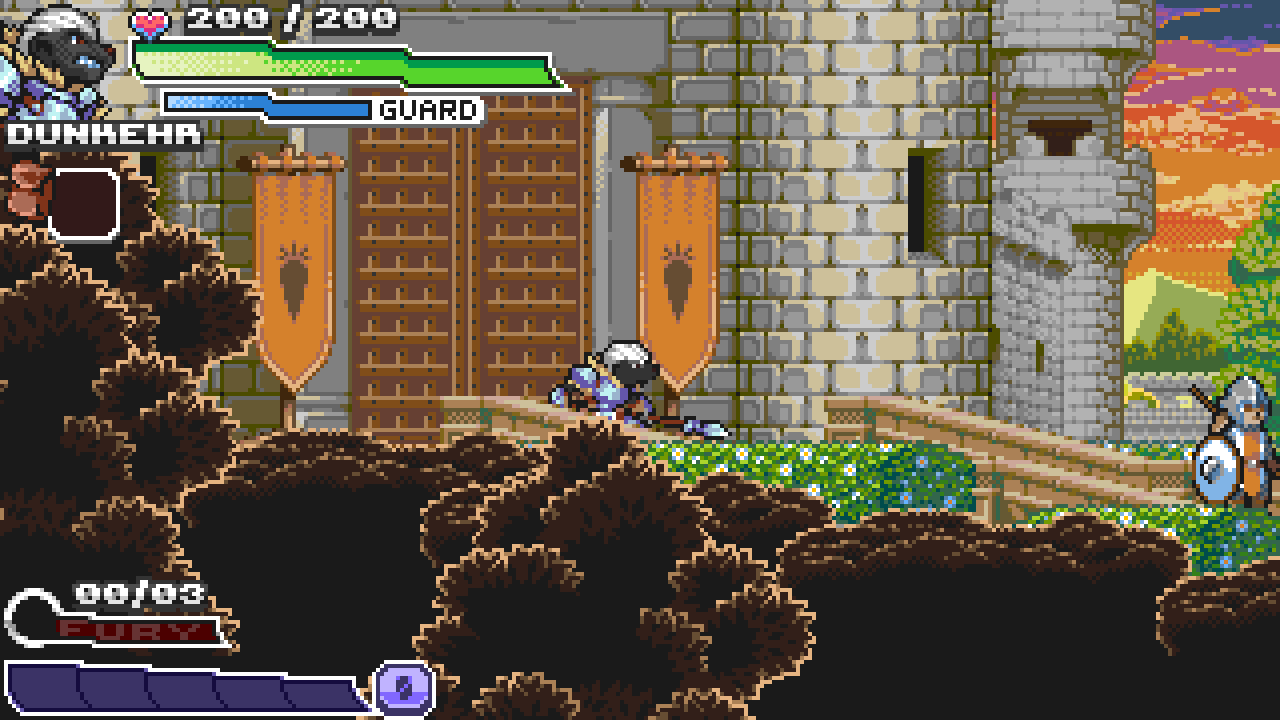 And yep, gameplay UI has been revised. Been a long time coming, and it also reflects some of what's been added lately.

No embedded images or gifs for these (Patreon's a pain in the ass with embeds sometimes), but I'll provide links to relevant tweets when... relevant. Yes.

- You can now sprint! Done by double-tapping left or right, it's also now how you long jump, or perform attacks previously done by rolling.
- Blocking is now a thing! You do it by hitting Down+Roll. Keep that Guard gauge in check, or it can fail! Also this is now how you parry. Just block with the right timing!
- The Chain Multiplier is... gone. It just made things more complicated than they needed to be.
- The Fury Meter has been refined... but I'm honestly gonna ditch it in following builds. It over-complicates things unecessarily, it's highly likely to cause balancing issues later on, and it's very existance is mostly out of wanting to reward the player for exploring levels and finding secret areas... and that can be done in other ways. Among other long-term issues. Also people were fine with the gameplay even with Fury barely making a difference. It's bloat, and has to go. Plain and simple.
- Mounting controls have been tweaked. Dismounting is now done with Up+Jump, and Jousting is now done by holding Roll and... running forward. Before you had to hold Light Attack and a lot of people just didn't realise it.
- That under-construction area in Stage 1... no longer is. You got an optional brawl added there, so feel free to check that one out!
- A bird-stabbing mini-game got added! Made out of what's gonna be a special segment/setpiece in later parts of the game, I decided to turn it into a simple mini-game as an excuse to show off the 3D effect. Also hey, scores save for this one, so there's that! You can access this one from the map screen, but that's gonna change eventually.
- Rope! WHEEEEeeeeeeee... These WERE implemented before, but they felt super-janky. The current implementation still needs work, but it's a step-up! 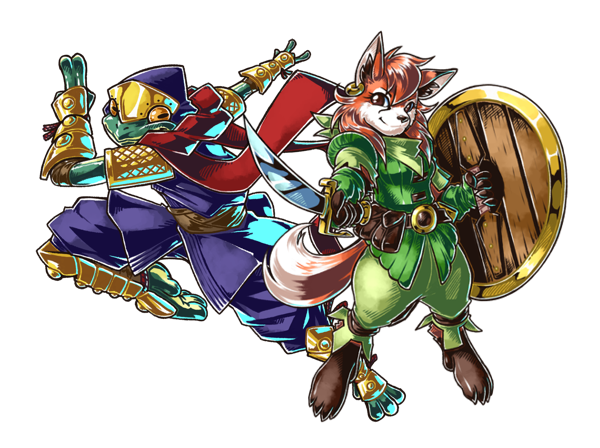 - Conniew got revamped! Her moveset has been reworked and she should feel more capable now. She had more moves added, her Guard gauge (part of the new block method) lasts a bit longer than Dunkehr's... and one of her Primal Moves no longer crashes the game. Yep, I sure noticed that one.
- Work started on a new character: Keroga. He's a ninja frog. He dabs. What more do you want?! This one is still VERY early-on, BUT for fun I made him accessible by hitting F4 while in a duel, and that will turn Player 1 into Keroga. Once I work on him some more I'll make him properly selectable. For now he only has basic movement, a Light Attack combo, 8-directional rolling, block+parry... and everything else pulls from Dunkehr's moveset as a placeholder. Again, still VERY work-in-progress.
- HP in Duel has been bumped to 400. The idea's so duels last a bit longer, but I may revise this later as I remove Fury from the campaign and from there also tweak HP values for everything. We'll see. But for now yeah, longer duels.

- Controller buttons now have "skin" settings. Want the buttons to look closer to the ones on your Xbox or Playstation controller? Now you can! This feature may be expanded on later!
- Patreon Credits! That tweet has placeholder lines, but by now you actually have names in the current build. Why did I put it in Sir Yiff's statue, you might be asking?... Eh, I thought it'd be funny.

There's more than what I mentioned, and you can check it in the changelog provided in the zip files, uploaded in the post right after this one.

And... that's it for now! If you haven't yet, feel free to follow this on Twitter, join the Discord server, and if you're not a patron and would like to contribute, do consider becoming one!