Last week... the week before? Earlier this month, I popped up some updated Hidden Star builds with changes from April. They can be downloaded from itch.io. I'd hoped to upload them to coincide with Itch.io Week, but unfortunately that deadline slipped past.

The new star map is generated by constructing a series of three-branch trees (trinary trees I guess?) with random-ish node placement. We then cull out any nodes that are too close to other nodes. When we're pretty confident that a node should exist, we give it the next name from a pool of generated planet names (more on that in a bit)

This is nice, but not nice enough, so the next step is to work through the tree breadth first (all the first generation nodes, then all the second generation nodes) and map new relationship connections between the four nearest neighbours that don't create an overlap with other node connections. That gives us a nice  organic feel to the distribution of node connections - without this, it all felt a bit too uniform.

Finally, we clean up any "orphan" nodes that don't have connections.

If that sounds like gobbledygook, then just appreciate that it means that we've gone from this to this: 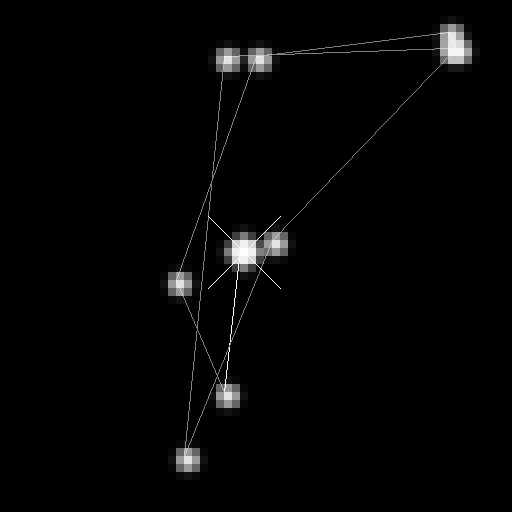 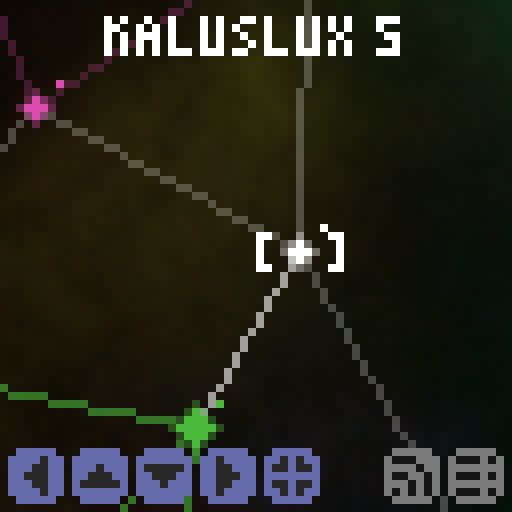 And here are a couple of amusing that-isn't-quite-what-I-was-going-for things that happened along the way. 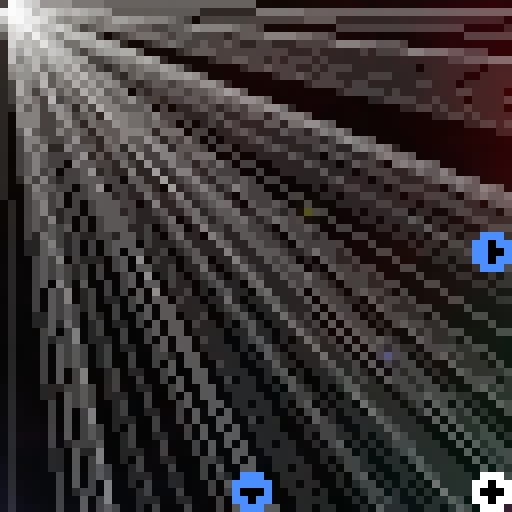 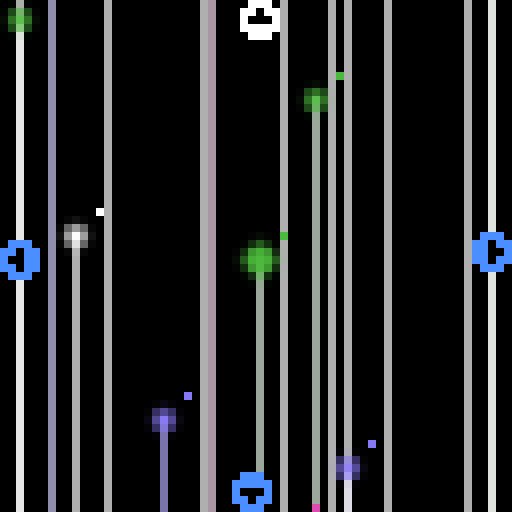 With the rudimentary implementation we have now, the contributing factors aren't obvious, but it still gives a sense of "making friends" (or enemies) with a faction as you jump around and explore the map that is super cool to have.

When combat ends, there's now a placeholder action menu, and if  you win, there's a "space burial" option. We're not sure if we're going to pursue it, but the idea of treating a defeated aggressor's remains with respect and observing their culture's rituals being a way of changing the type of impact that a combat encounter has on your reputation feels like it might be an interesting avenue to explore. 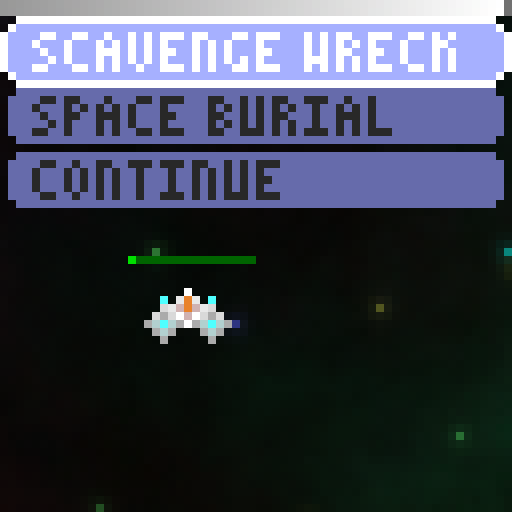 Down the track, things like quests/missions, facilitating colony growth, collecting bounties, and so forth will likely be the biggest influencing factors so far as disposition goes.

To help separate the feel of the factions, I tried to give a different kind of grammatical structure to their lines. The Krull tend to use a full sentence to set the subject before using a second sentence to give intent or meaning (eg: "Your reputation. It precedes you."). The Plink refer to any life forms not-Plink as "It" and I hope to give an abrupt feel to them that feels xenophobic on the surface, but is more of a reflection of different cultural priorities for interacting with others (eg: "We are aware of it.") The Sneeb are a bit more eloquent, but perhaps superficial (eg: "Legends tell of your great exploits.").

There's a fourth faction though - the unaligned planets and individuals that live on the fringes of the claimed territories. They're still pretty amorphous and we're working out whether we want to have unaligned members of the various races, or make these the scattered remnants of a human civilisation. For  now, the unaligned lines are mostly generic informal sounding lines that might feel at home in an action movie when a cool person is talking to other cool people on a radio (eg: "Reading you loud and clear.").

Nemoder has been fiddling about with a possible implementation for the travel mode. At this point it's feeling like we'll deviate a long way from our concept art in an effort to make sure we have something that feels good when it's in motion and there are things flying around. 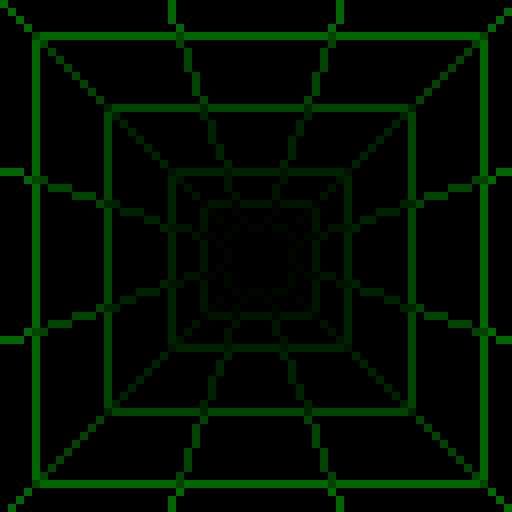 Initially, we'd talked about doing some kind of circular wireframe tunnel thing, and that didn't quite work out as well as we'd hoped.  Earlier this month, Nemoder put together a test with a square wireframe tunnel, but we're not sure that it's working out. After reminiscing over old Stargoose videos, we're starting to think that maybe a hexagonal wireframe tunnel is going to give us an interesting shape to work with that gives us more interesting ways to convey perspective than what we'd tried so far.

To Trade, Perchance To Profit

Lately, we've been discussing how we'd like the economy systems to behave and how they might be exposed to the player. We're feeling like we'd like to give the sense of a "living" market between planets that generally allows for supply and demand to be fulfilled without player action.

The idea there is that the player's goal is to take advantage of imbalances while they last and to continually be on the look out for surpluses and shortages.

Alongside the trade economy, we'd like to have some ebb and flow in a colony's size that can be influenced by the player. A shortage of essential goods (water on a water-scarce planet) will slow growth or cause it to decline. A planet that has all essentials but not enough infrastructure will have its growth limited unless that need (say, some tech cargo like fabricators) is fulfilled.

Ideally, this stuff would also be influenced by some random positive (eg: natural resource discovery) or negative (eg: meteor impact) random events that help keep things from feeling too predictable or stagnant if ignored.

So far as actual work that occurred this month goes (all of my contributions for these builds are from April), I've really only managed to find time to have a couple of design discussions with Nemoder.

I had planned to do a few ship designs and maybe a couple of portrait paintings alongside the contract work that's eaten up most of this month, but finding time has been difficult.

Hidden Star has totally been on my mind, simmering away, so the time doesn't feel "lost". Sometimes letting things percolate can help bring them into focus, and even though I'd like to have more progress for this game to share, I'm feeling pretty good about catching up next month!