Skip navigation
We use cookies to improve your experience using this site. More information
Become a patron
Jun 23, 2021 at 12:22 PM
Agents of ZORA: THREE FIENDISH FOES!

The following beings are major enemies of mankind and are seen as prime foes of the forces of ZORA. All three also have a place in the minds of the populace of the Heroic Age, even seen as antiheros.
-- 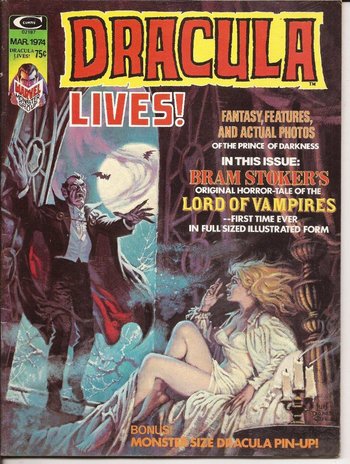 Count Dracula (aka Count De Ville, Vlad III Dracula) is an undead, centuries-old vampire, and a Transylvanian nobleman who claims to be a Székely descended from Attila the Hun. Dracula is handsome and charismatic, with a veneer of aristocratic charm and a surprisingly powerful sense of honor. He is a blood-drinking monster though, and is among the most dangerous villains in the Heroic Age. Count Dracula has been “killed” on many occasions, only to return to life through some means or another. At present, the Count rules over the independent nation of Anduras and has diplomatic immunities, and is influential in pop culture and among the wealthy elite.
Count Dracula owns and heads DeVille Pharmaceuticals, a Super-Science biotech company that is on the cutting edge of medical and cosmetic procedures. He is regarded as a healer and icon of medical science around the world. DeVille Pharmaceuticals has its main offices in Anduras, but also maintains offices in Buenos Aires, Empire City and Berlin.
Lesser Vampires (aka Draculas, Fangbanger, VILF): A number of vampire “families” can be found lurking in the modern world. These undead are monsters, but can be found working with evil humans. A disturbing trend among vampires is that of forming “Vampire High Schools,” when small packs of vampire teenagers infiltrate a school.
--

Doctor Death (aka Richard Mord, Rance Mandarin, Mr. Death ) is the literal personification of death. Doctor Death acts as a psychopomp, collecting human souls and transporting them to his Hadean kingdom (aka The Beyond). In this capacity, he has sovereign power over many demons, ghouls, vampires and various other supernatural beings, which are charged to do his bidding. Doctor Death frequently travels between the Earth and The Beyond, where he takes a keen interest in tragedy and sorrow. While the Doctor acts mainly in an observational role, he is also known to drive characters to their doom by taking on human form, feeding victims false advice or betraying their trust when they most need help.
Doctor Death has been very active in recent years, posting accounts of his “adventures” on the dark web, detailing the destruction of human victims in gruesome detail. These horror tales have a large following, with a large fan-club, trolls, pornography, merchandize and copycats. This activity is deeply disturbing to ZORA agents.
Countess Siroon (aka Connie Valord): A powerful, seemingly unkillable minion of Dr. Death, Countess Siroon is a demonic entity that appears as a strikingly beautiful woman. She is frequently active in the criminal underworld and in big business. If encountered, agents are advised to proceed with extreme caution.
-- 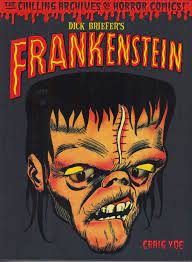 Frankenstein (aka William Flez, Frankenstein's monster) is a superhuman monster created through Super Science in the early 19th century, and revived in the 20th century. Though originally unnamed, the monster has taken to calling itself Frankenstein, partly out of mockery of his creator and the world at large. Despite his brutish and cruel appearance, Frankenstein is a brilliant super-scientist, with a particular talent for biology, chemistry and cybernetics, which he uses in his experiments in revivification and monster making. Frankenstein is believed to be responsible for several major outbreaks of undead over the years, and so is considered to be a prime threat by ZORA.
To the best of ZORA’s knowledge, Frankenstein has not made any attempt to “step out” into human society, nor make a name for himself. This creature seems to prefer to remain a classic supervillain and maker of monsters, maintaining a hidden presence where he conducts his experiments. It is known that Frankenstein sells his services as a brute and a scientist to wealthy backers, but only so that her might fund his own efforts.
Ygor (aka Igor, Monster Men): These monsters are believed to be the result of Frankenstein’s experiments on humans and animals. They are brutish, cruel and very tough creatures that have been found in many remote and underground locations. Ygors can often be seen in the company of criminals and the undead.

These are not the only threats to endanger the world of the Heroic Age, nor are they the only villains to trouble the heroic agents of ZORA! Stay tuned for further developments!