In this post I'm going to show you how to make a RenderTexture shader that you can use as an animated light cookie. 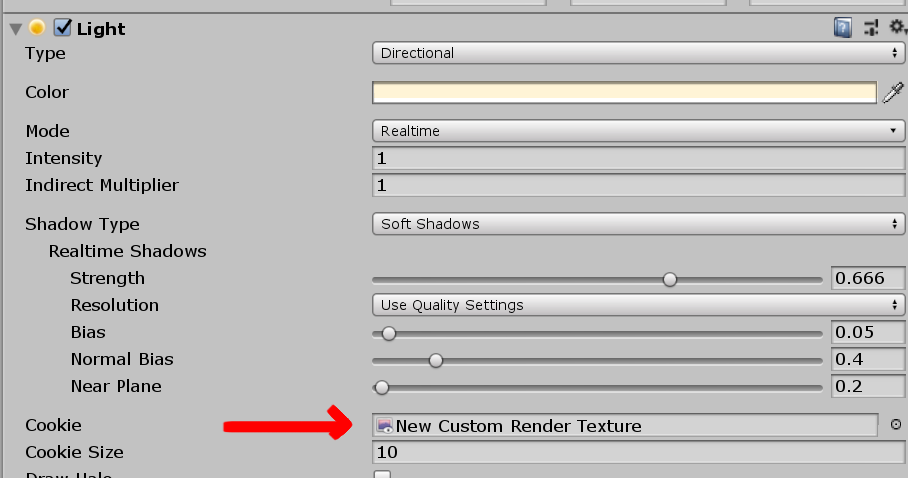 Make sure the texture is big enough, I'm going for 1024 x 1024, and attach it to the Cookie part of your scenes Directional Light 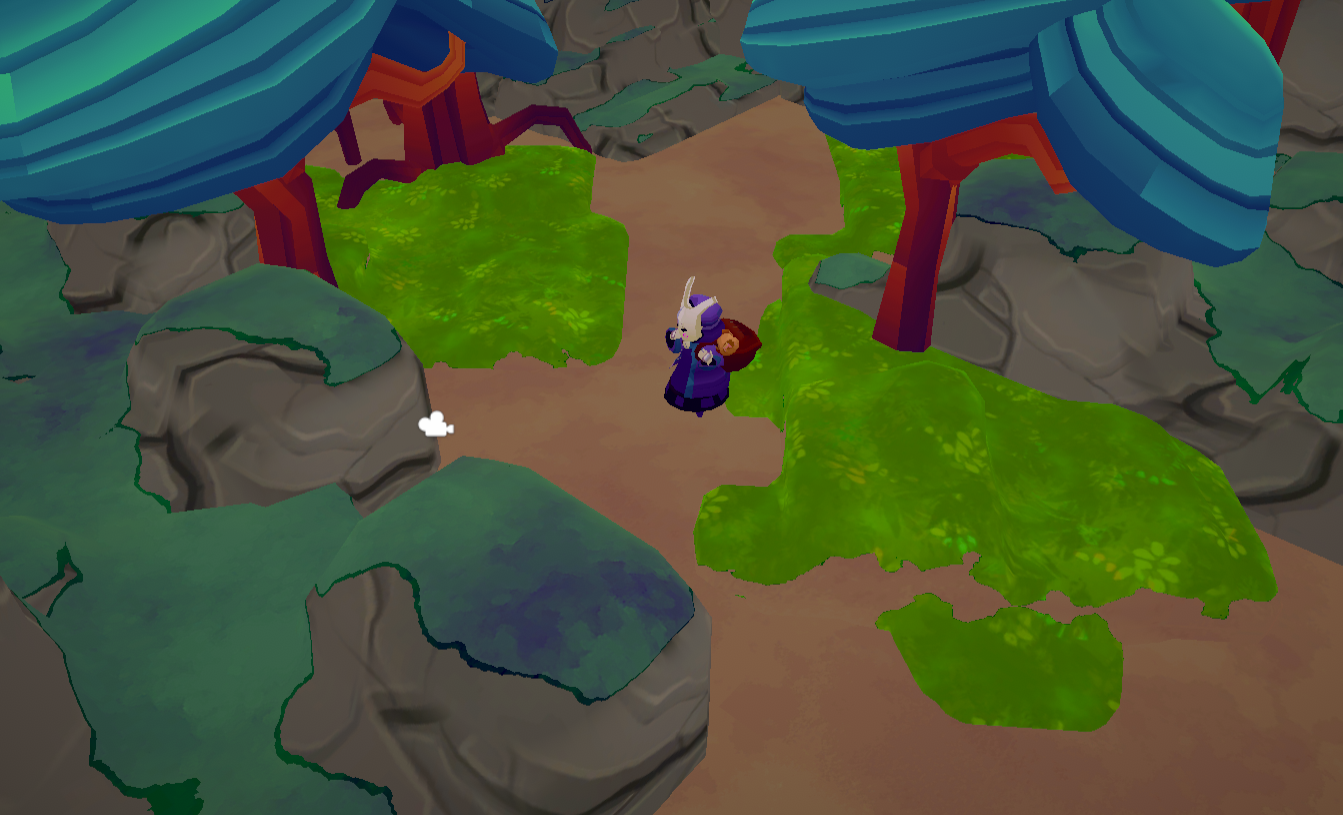 Your scene will go dark, because nothing is written to the texture yet.

Now we get to the fun part, writing a shader for the render texture 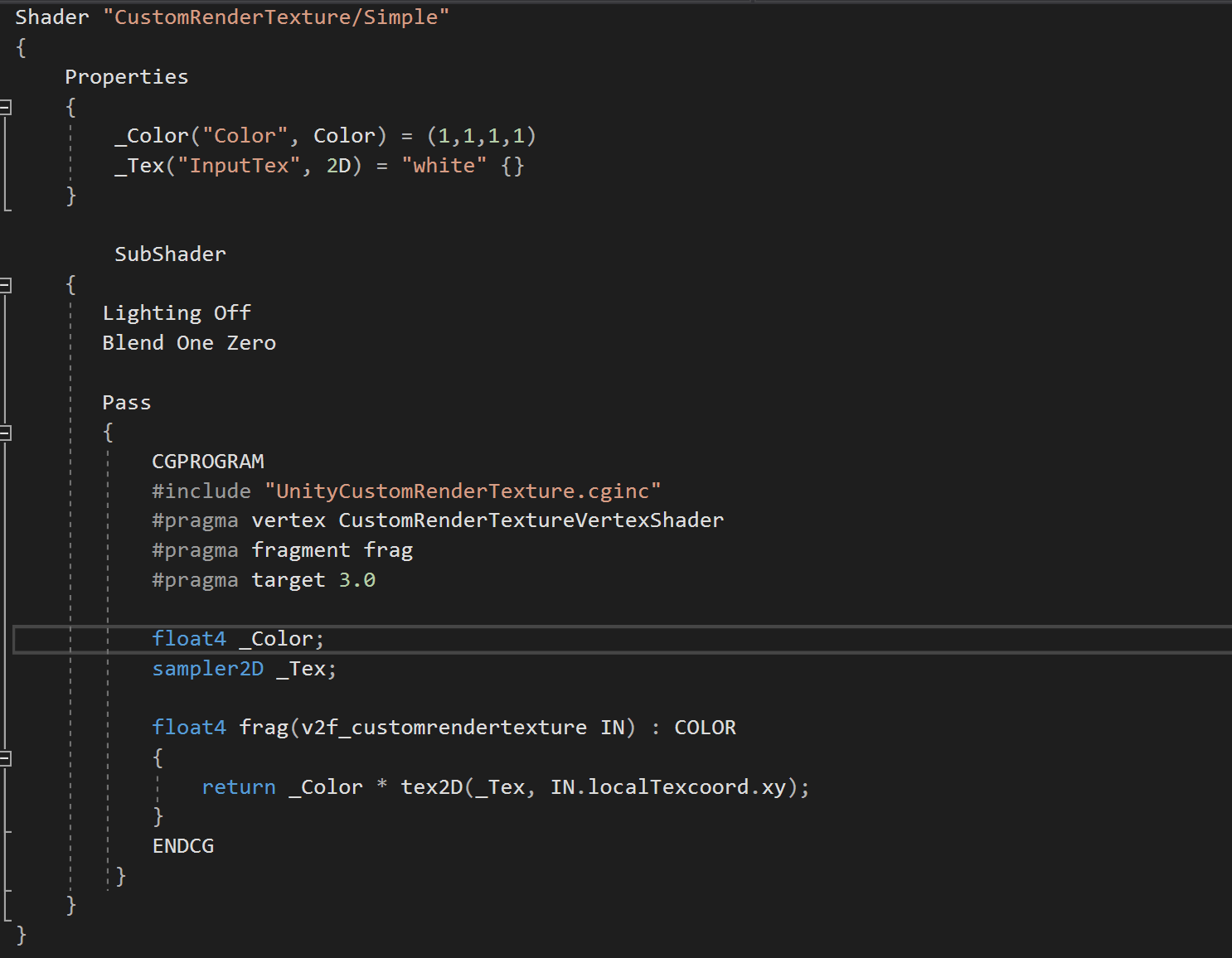 Unity provides a basic shader(PasteBin Link) in the manual for Custom Render Textures. As you can see, it has an include cginc file, this contains some nice helpers to write our shader.

Create a new Material out of this shader, and add it into the Custom Render Texture, in the Material slot. Make sure the Update Mode is set to Realtime 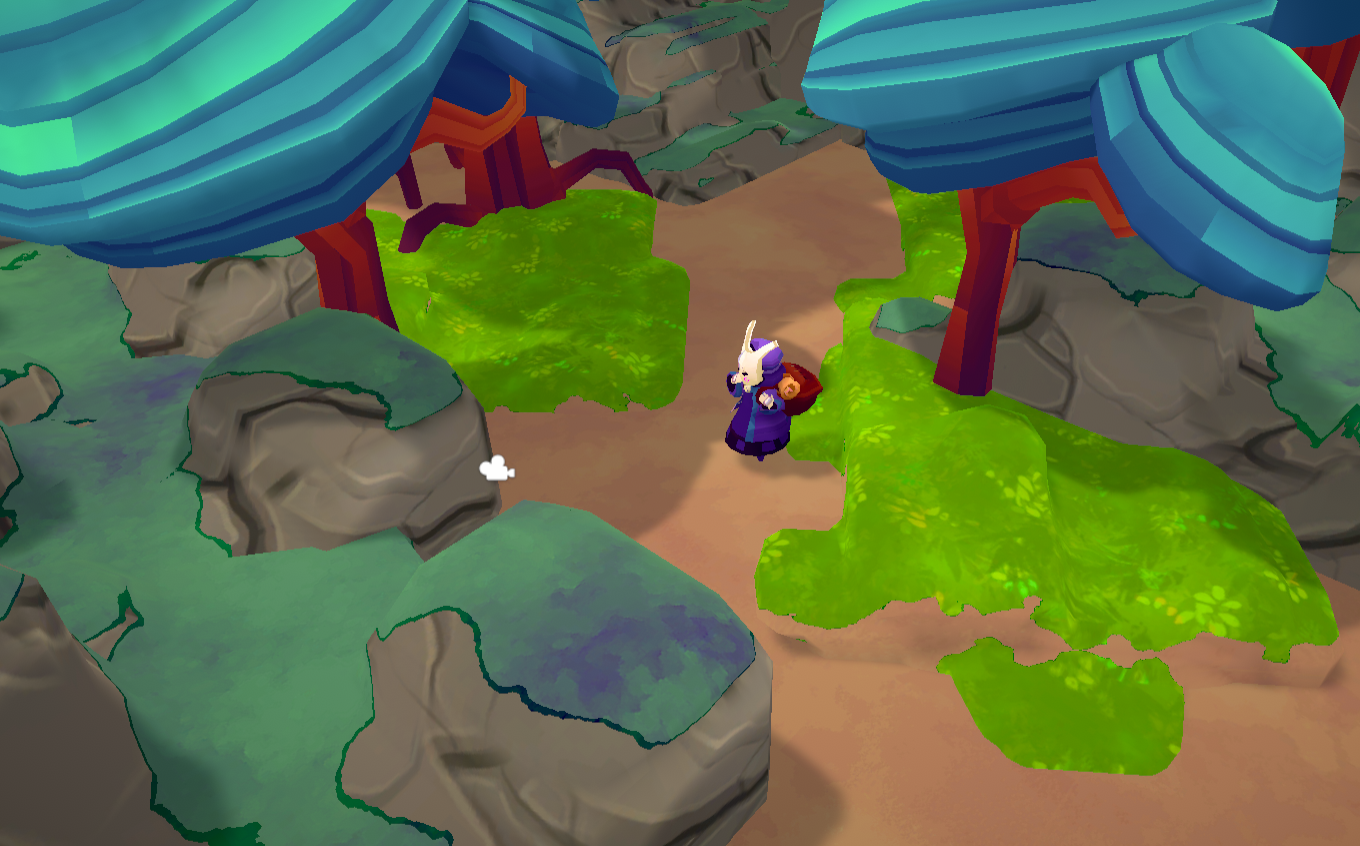 The lighting has returned to the scene.

This base shader can be used for all sorts of pixel based effects, but for now we're just going to make some noise/pattern textures that scroll over eachother, like I do in half my shaders :D

NOTE: If you don't see your realtime shadows anymore after adding the Cookie and you're using forward rendering, make sure your shader has "fullforwardshadows" support.

Add in some scrolling controls, 2 noise/pattern samples put together. Then smoothstep through the noise, with controls for how sharp the edges are.

For some more depth, add in a second layer in the same way, only on a smaller texture coord map. and make it move slower, so this layer looks further away. Add to the first layer, and clamp the value so it stays in a good range.

So currently the clouds are showing up way too small, and there are no scaling options in the shader.

The cookie texture is projected from the directional light, scaling in the shader can show the seams. Instead scale the cookie size in the light settings

I set mine to 200 for this small scene

This is just a tiny edit, all we need to do is set the Time to use a sine wave instead of linear.

Add some post processing and stretched particles and you get a nice forest scene! 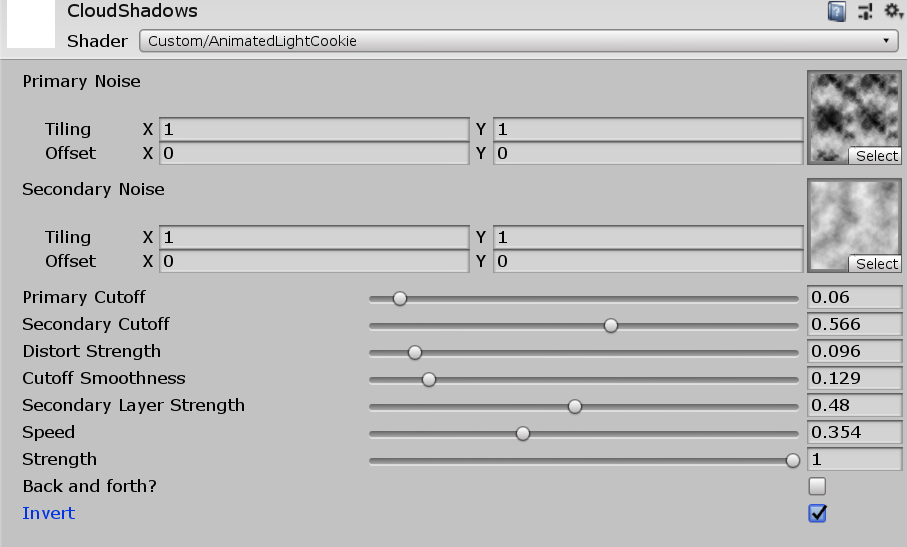 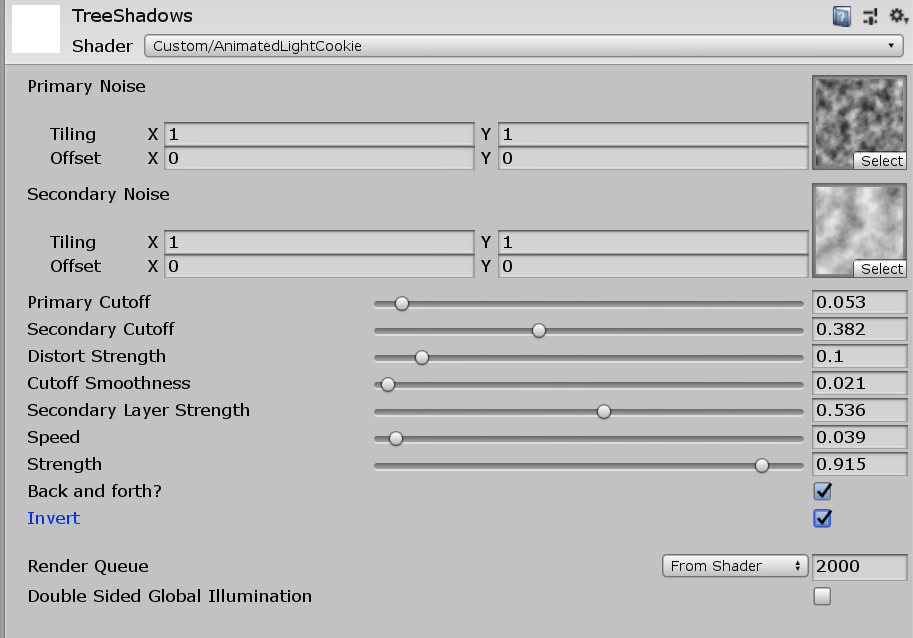