Skip navigation
Become a patron
Dec 4, 2018 at 11:17pm
Apologies to the Inanimate (2013) [Repost]
Heya! Tumblr is possibly  (probably) shutting down over the next two years, and many users are leaving.. so I'm going to be reposting some stuff I'd previously hosted there. Just in case! Unfortunately, there aren't many platforms available for good text-photo combo blog posts. But hooray, Patreon seems to be cool with the format! So the following is a post/PDF-story I made in 2013. It's old but it doesn't deserve to be lost to the aether.. so enjoy!

I had some bad habits growing up: biting nails, sucking my thumb, the usual stuff.

But one habit hasn't entirely left me and that was my strange sense of empathy toward inanimate objects. Have you ever bumped into a chair and apologized to it out of reflex? Think that, but with genuine concern for the chair’s feelings. Kind of a comic. Kind of a short story. I have no idea what to call this.

The earliest memory I have as an example of this behavior was back when I was five years old and in the grocery store with my mother: 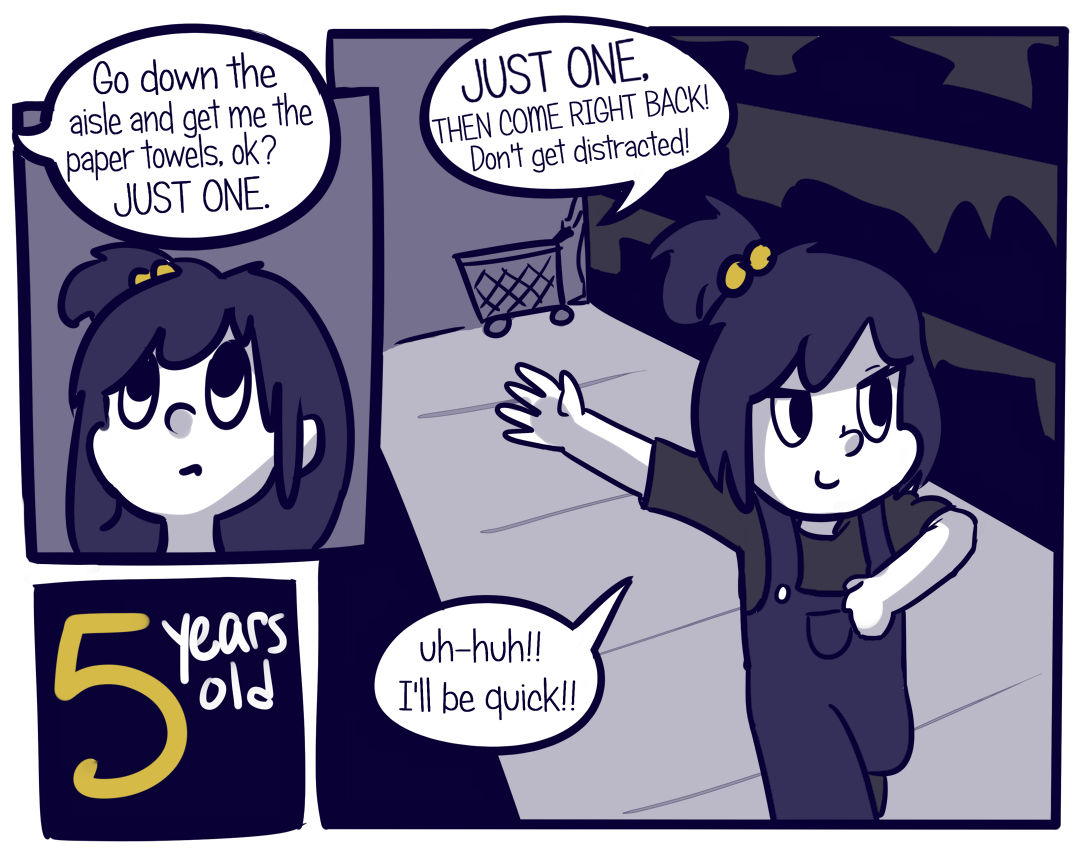 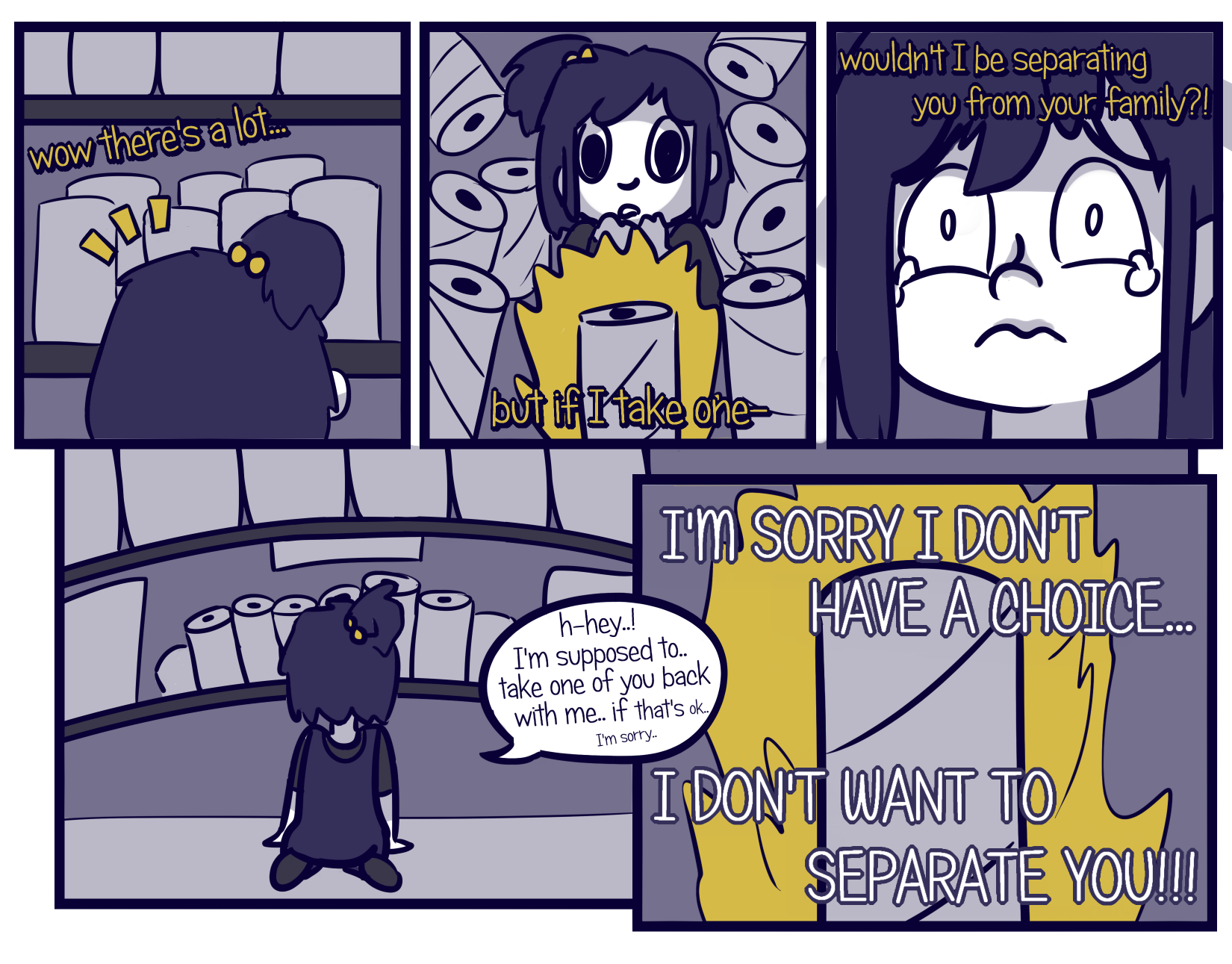 I had not only the genuine fear of separating a baby paper towel from its parents, or a momma paper towel from her baby, or a brother paper towel from his pet paper towel puppy friend (okay, you get the idea)-- but also the terrifying thought of the others never forgiving me for going through with such a heartless act. What if I had to do this every time we went to the store? Would the paper towels have to choose a sacrifice for the cruel five grubby-handed year old on a bi-weekly basis?

I broke down in the aisle and to this day I don’t think my mother knew what was going through my head. She probably thought I tripped or something. Yes mother, tripped over my own GUILT. 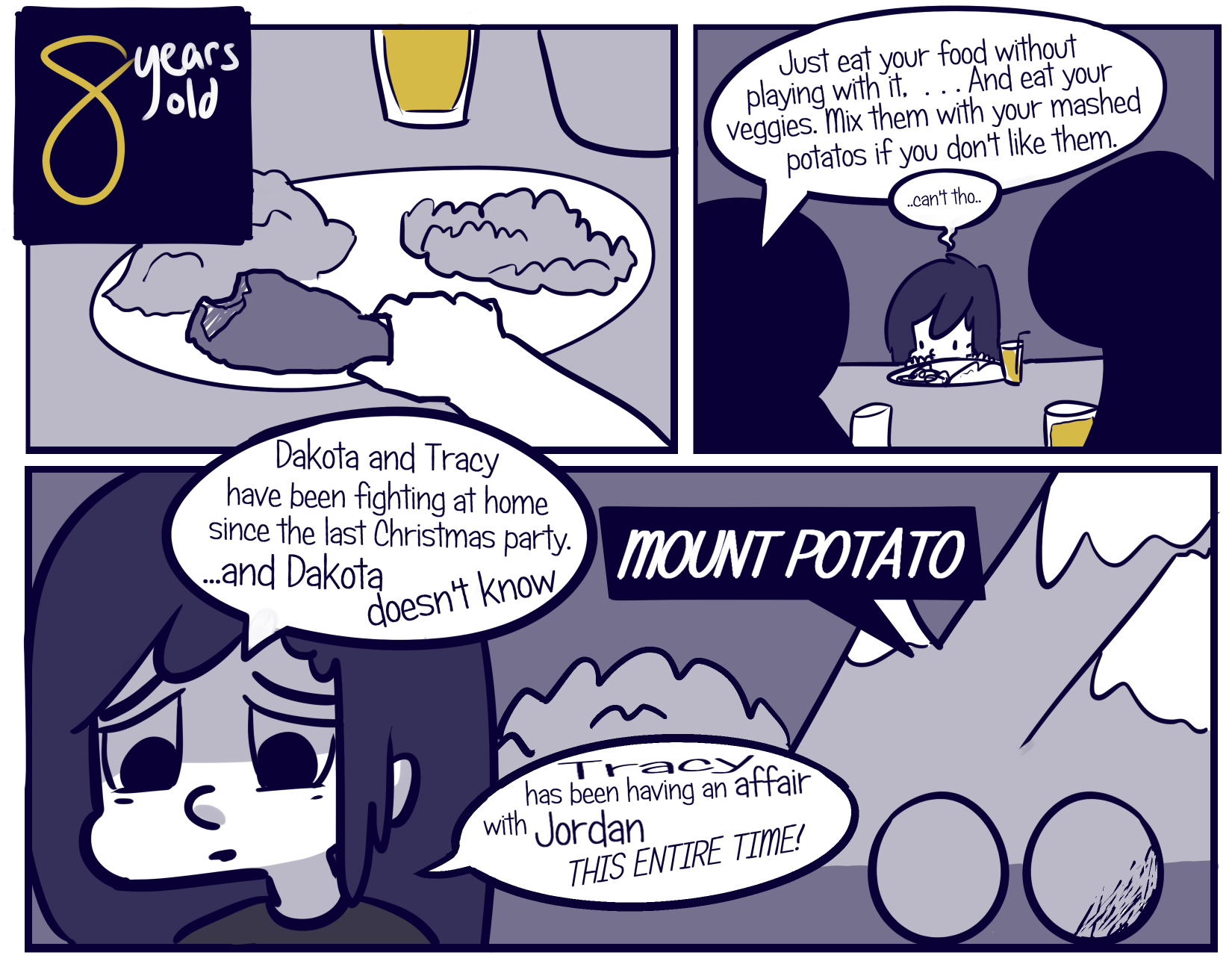 When I was a kid I didn’t like my food touching. My family didn’t understand why, and I didn’t actually have a good reason. I just didn’t like it touching and it made me uncomfortable when it did. I didn’t have a fit or deny food if it touched, but something about it unsettled me.

When I was about eight I was tired of my family asking me “Why does your food have to be separated?” knowing I didn’t have an answer every time. So I started coming up with reasons. I had stories in my head about my veggies fighting and the meat on my plate being location A and mashed potatoes being location B. I only tried telling my family food stories maybe one or two times, running out of breath and building the story as I went. 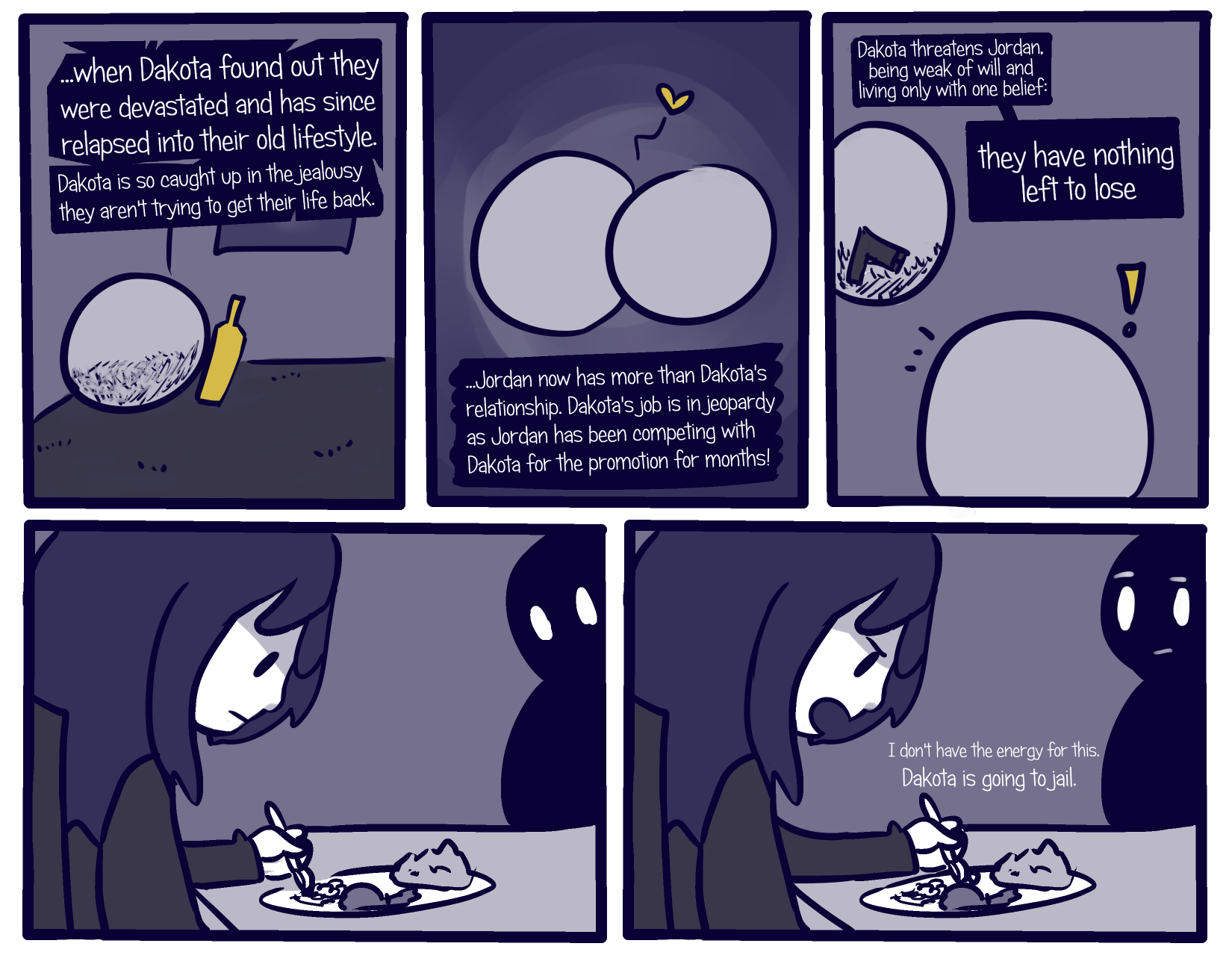 Most of these stories were familiar to things I’d seen on television or in movies, so fortunately I can look back on those instances without much concern for the state of my mental health. (I gave a pea a drinking problem? Really 8-year-old me?) But hey, at least my ability to improv was pretty decent. I was a creative little weirdo, so there’s that.

And speaking of creative, nothing quite speaks creativity and innovation like drawing the same dog every day for 5 years. I loved drawing this dog. And I was so proud of it because it was purely from my imagination. It was the first thing I ever drew and designed as “mine” that I hadn’t seen somewhere before. This strange triangular dog that preferred sitting with it’s back legs long out and a tongue dangling. I had a real attachment to this design and the only variation I really gave it was different hats and sometimes a little cape. Princess Puppy Power, I called her. Those were the days.

That being said, there was always something unsettling about using chalkboards and dry-erase boards. To put all of this time and effort into a character or a story and then wiping it from existence was absolutely horrifying to me. 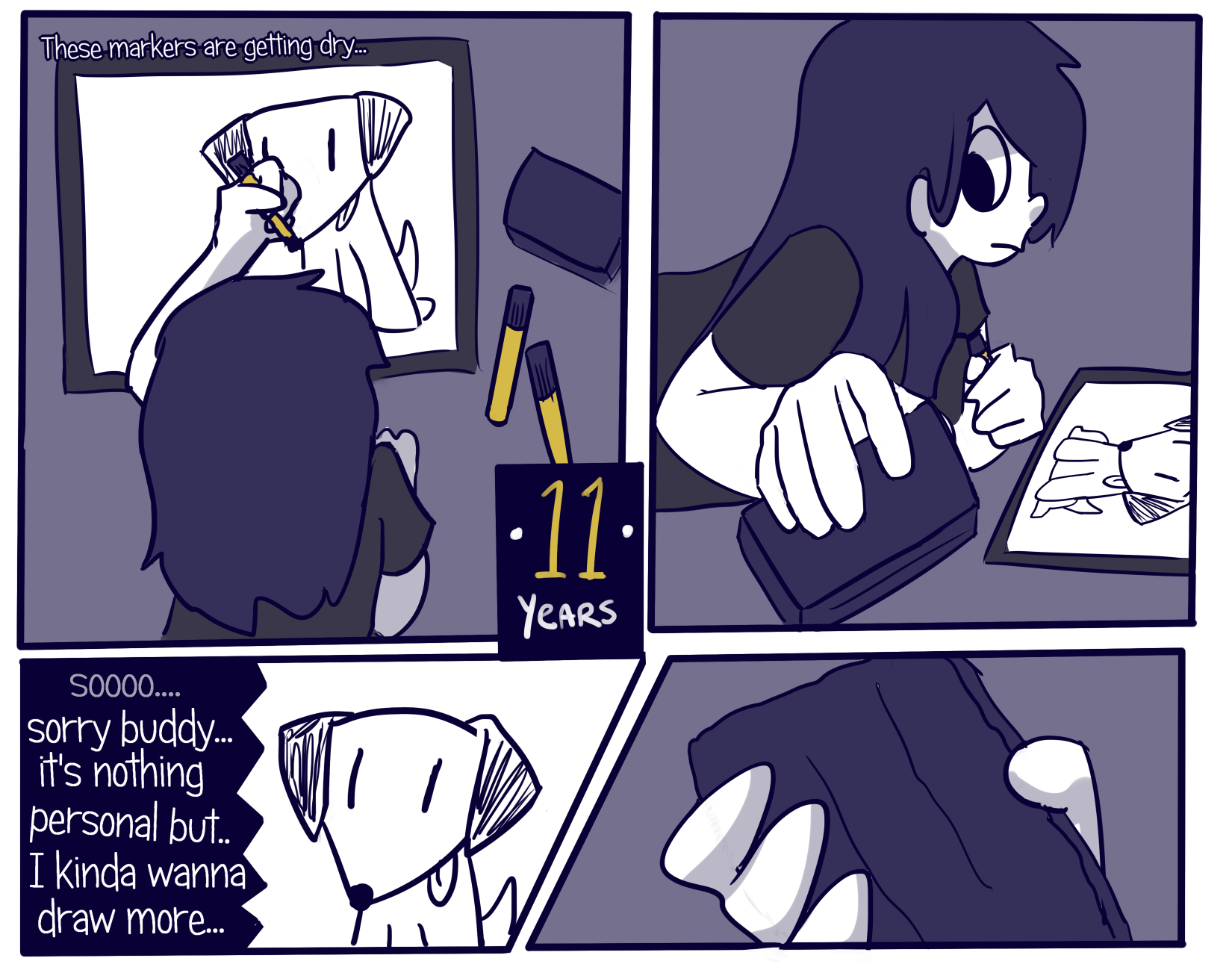 What a cruel god I was, bringing life into the world only to wipe it out a moment later, right? This got to the point where I would draw on my board and leave the drawings there for a month until they started fading away and I would feel guilty for giving them a slow painful death as opposed to the quick wipe-away ending they deserved. 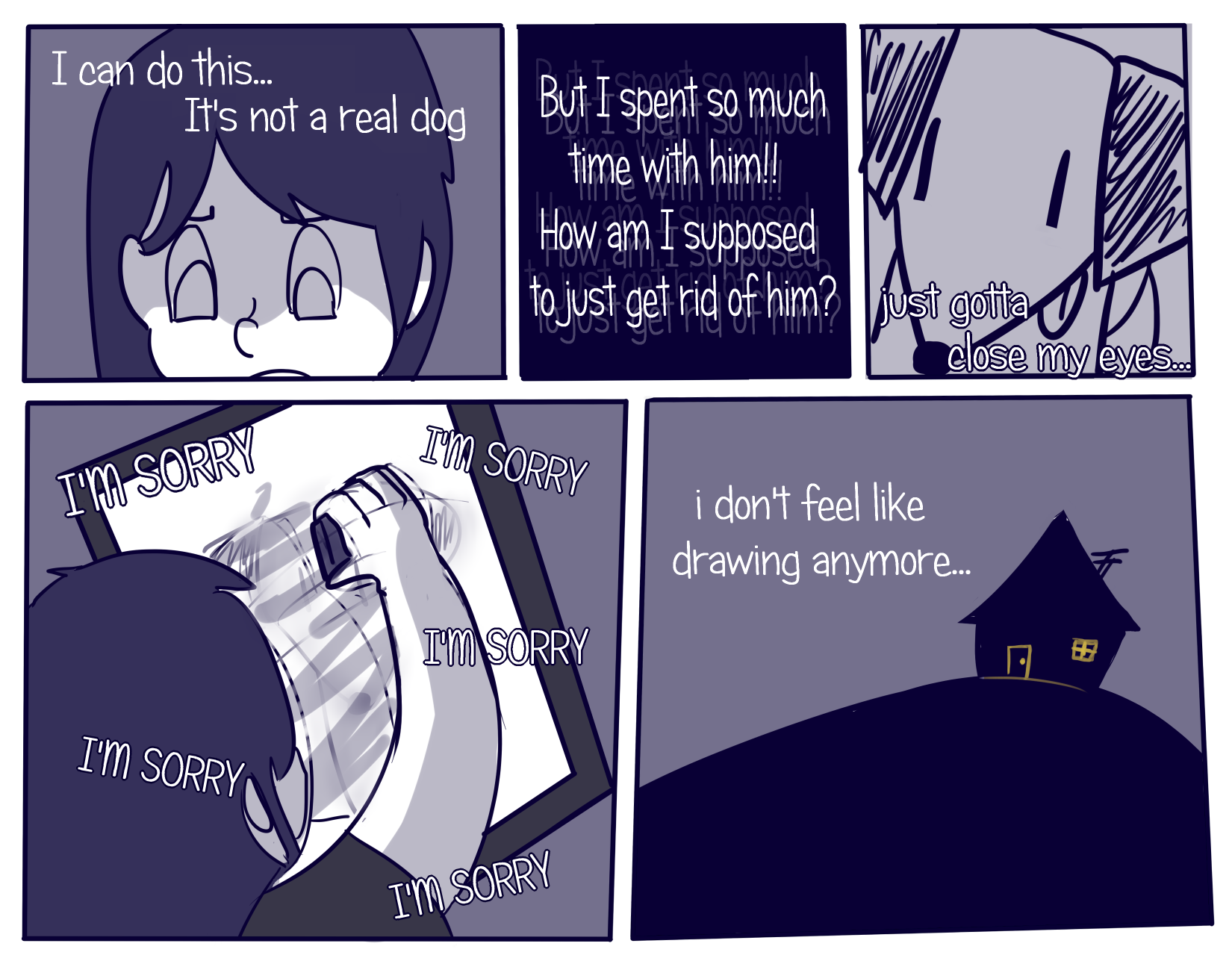 ...And the concept of death was unsettling as ever to me, even in inanimate objects. If something with batteries died, I’d feel bad for a moment before giving myself relief in the thought oh I can just put new batteries in and you’ll feel good as new!

But fresh batteries wasn’t always the answer. Sometimes when something died, it died. And while small things, like old keychains not lighting up anymore, gave me a small brief sense of heartache… it was nothing compared to when big things died. Big, expensive things. 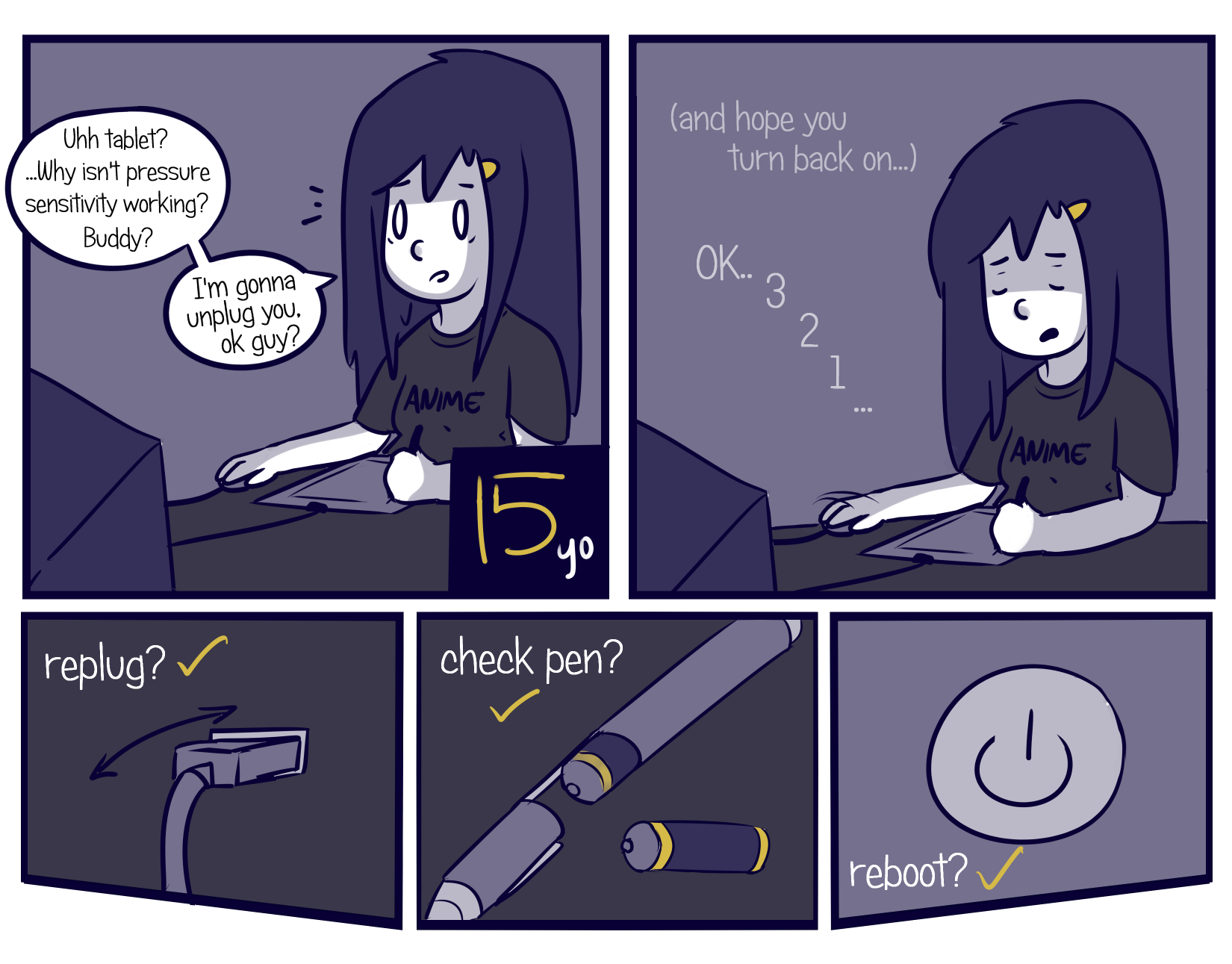 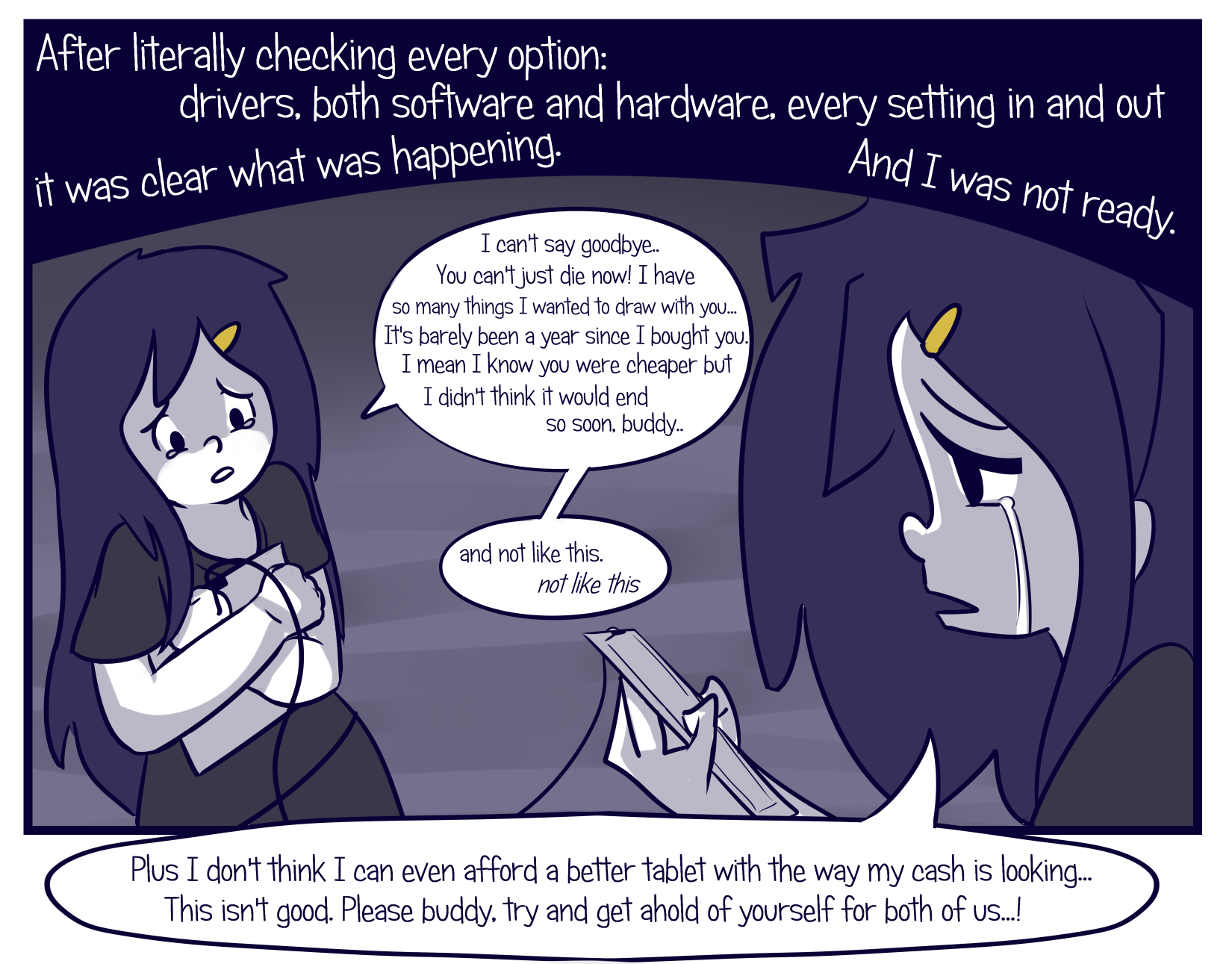 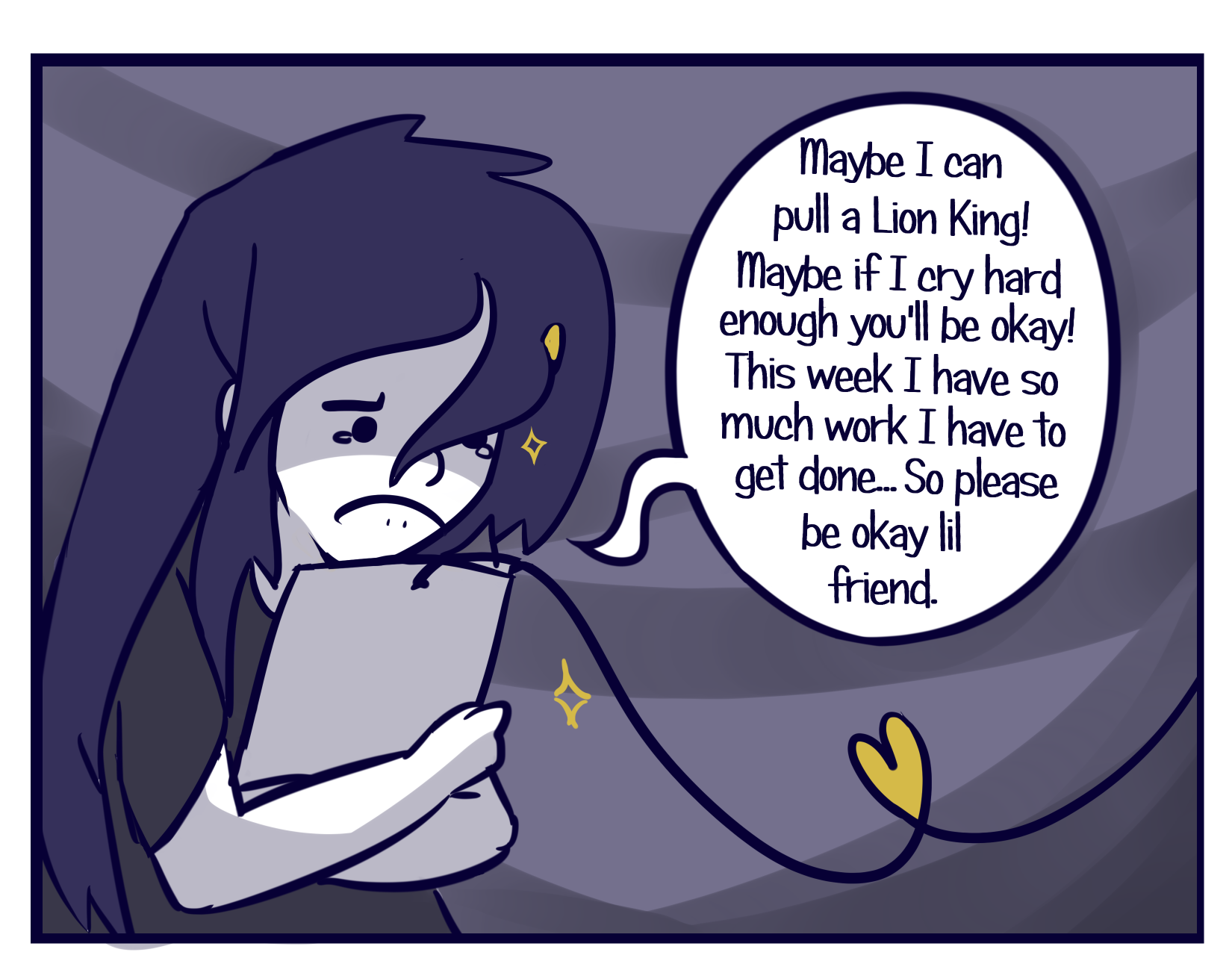 (Note that I said Lion King, and not Pokemon or any fictional title where crying over a loved one dying actually works) 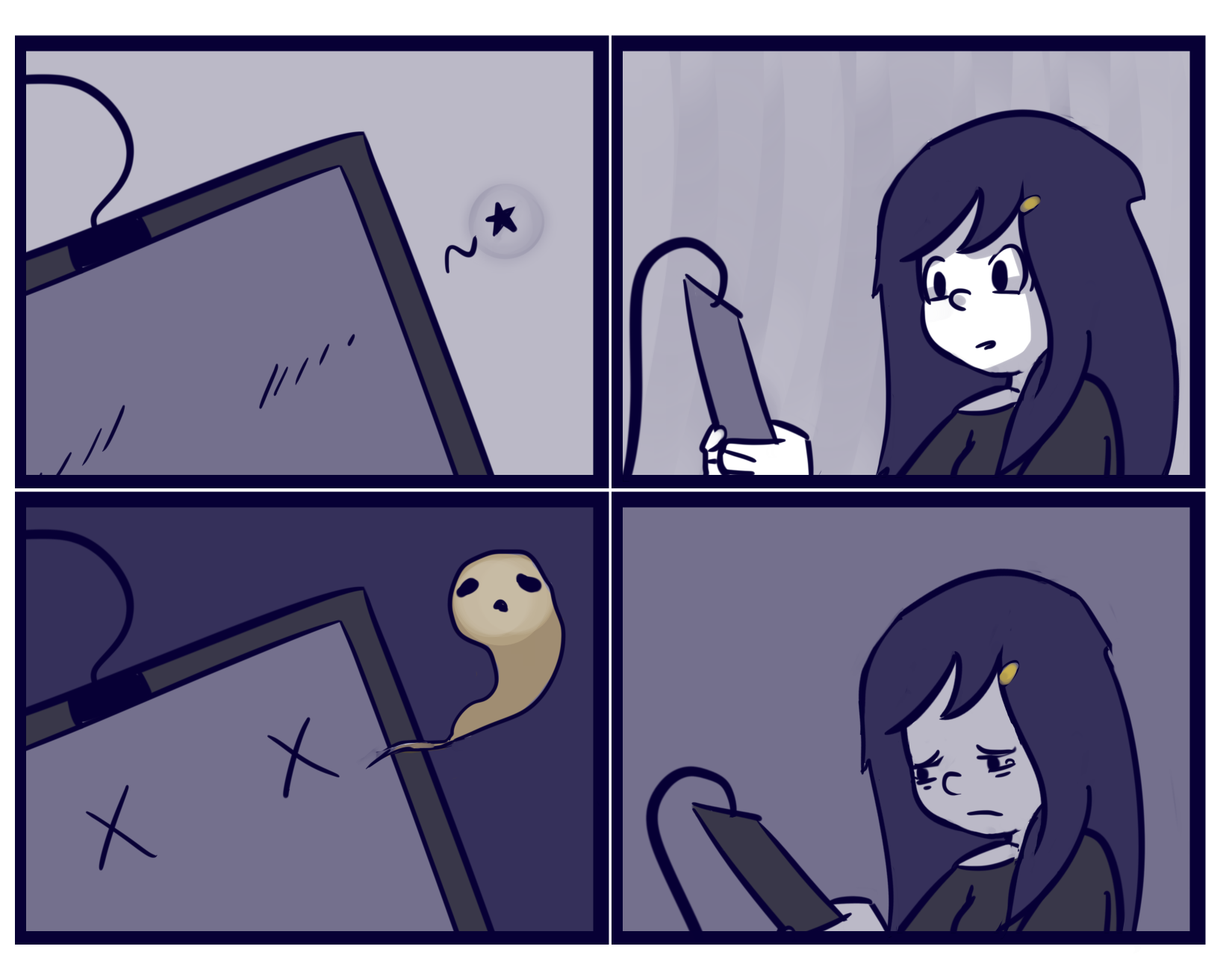 Losing tablets was the hardest example to deal with for me. My first tablet was 12 years old before it broke on me. That’s a long time to make memories with a very expensive friend that just LEAVES YOU IN THE MIDDLE OF A HUGE PROJECT (not that I’m bitter, of course).

Abandoned by my own technology, I should know how it feels, right? Trust me, I do. I know what it’s like to be on both sides however. Sometimes you have to move on, you know? 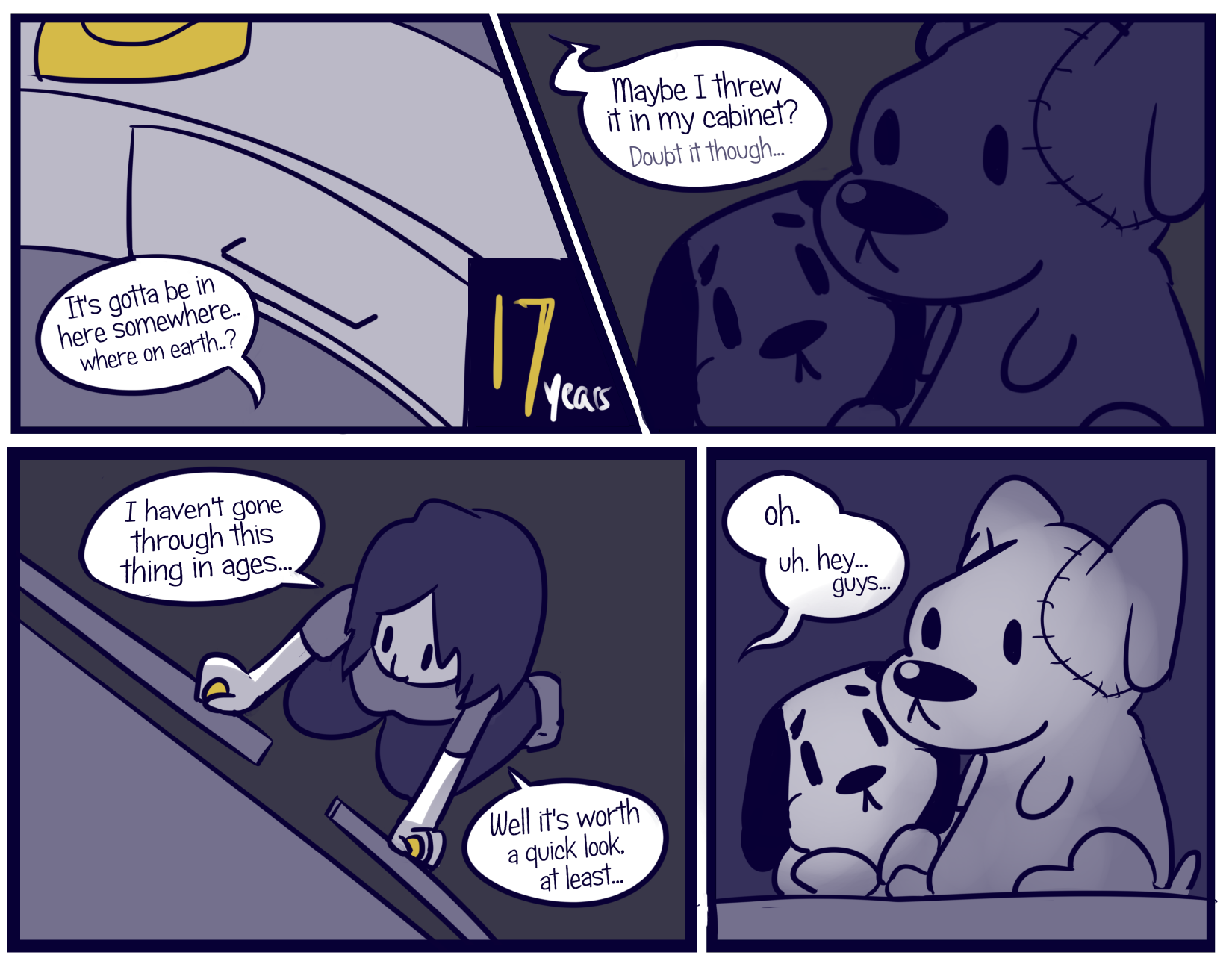 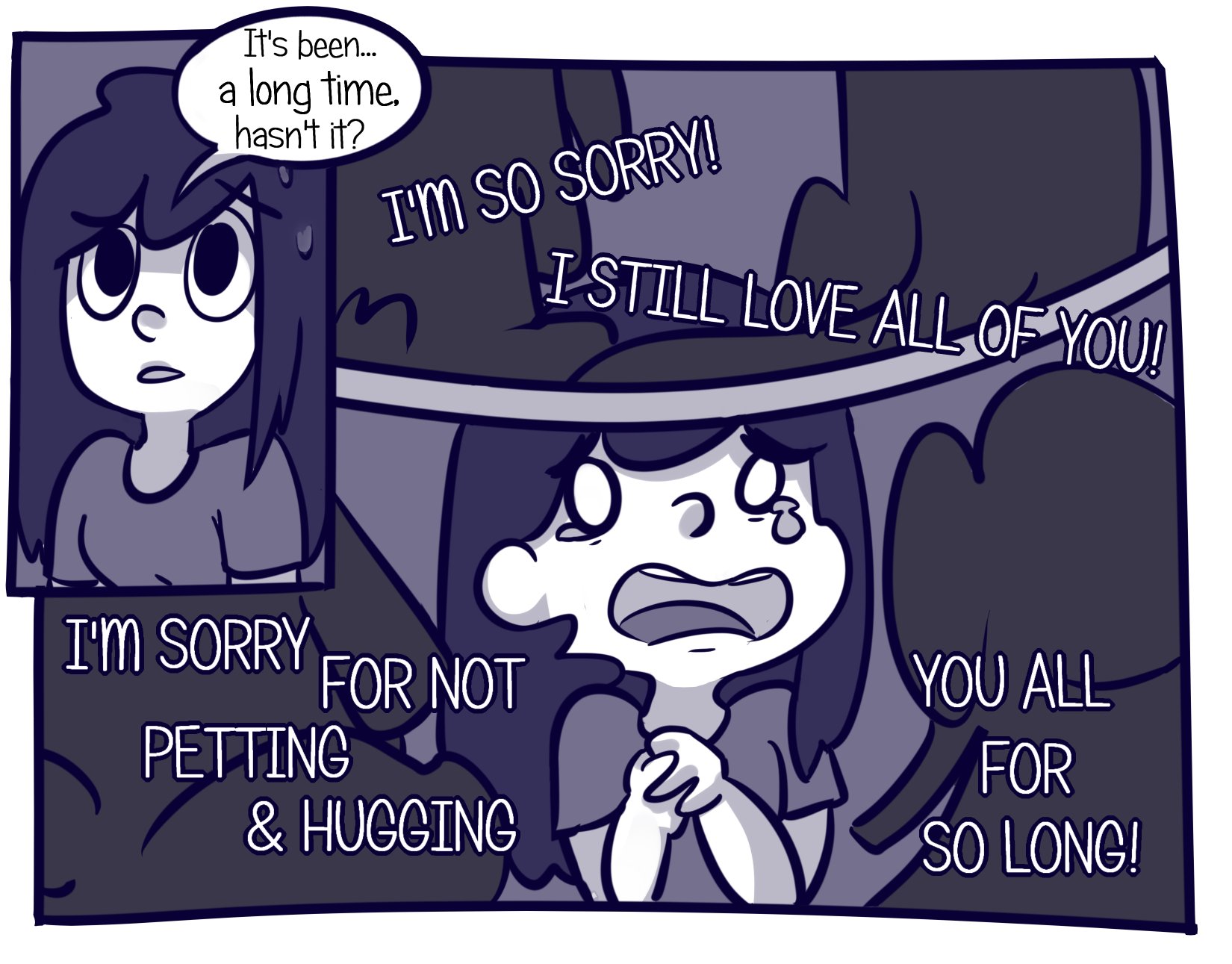 I swear every single time this happens I take a moment and hug every one of my old stuffed animal friends and this apology process can sometimes take up to a half hour. Fortunately those long sessions of apologizing to stuffed animals hasn’t happened since I was… almost an adult, at seventeen years old. Still in high school and there I was bawling because I needed to reassure my stuffed dogs that I still loved them. 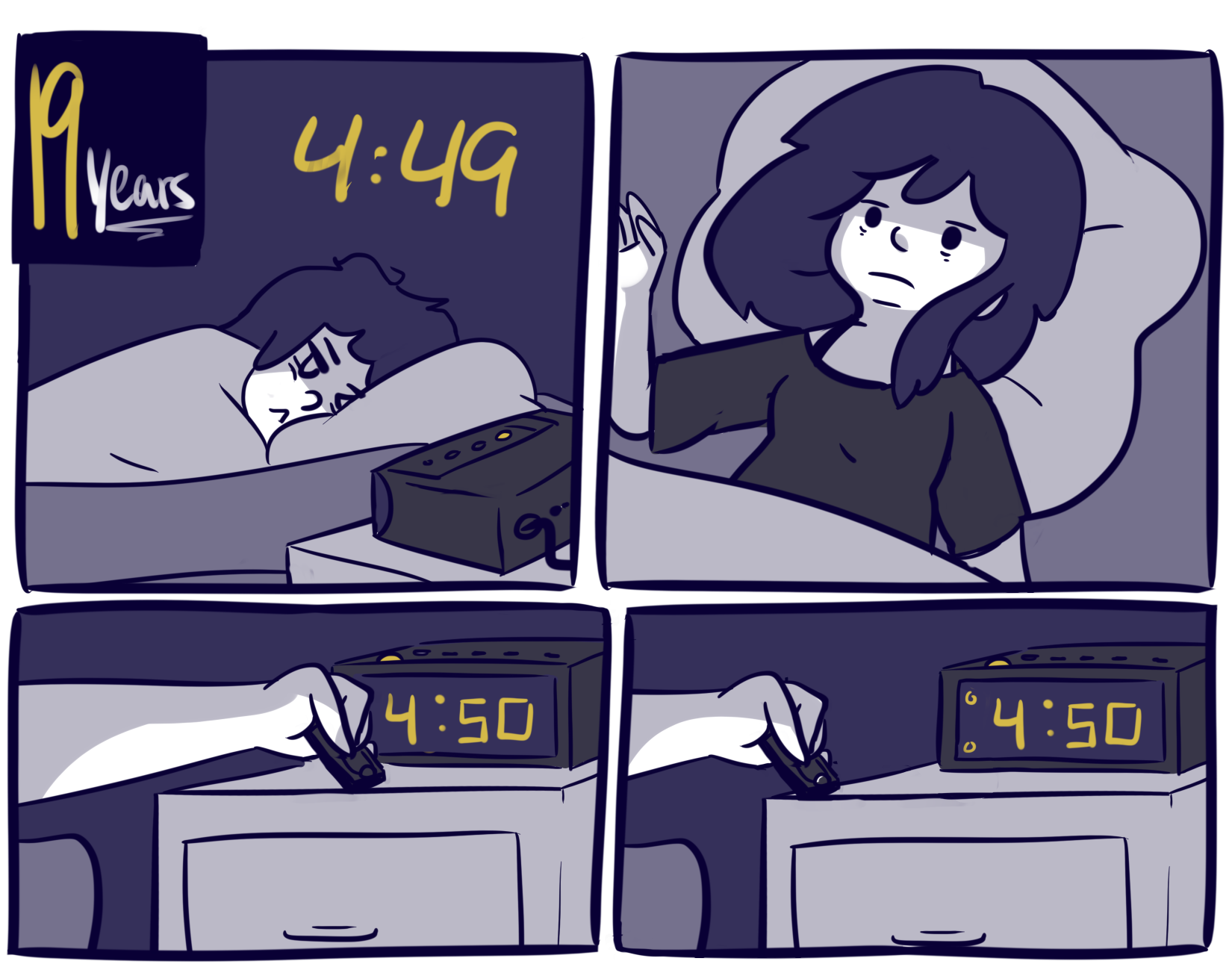 All I can say is I’m glad Apple fixed that bug with an update, even though it was an update that took weeks to come out and I was stricken with worry and guilt every time I checked my phone for any reason. 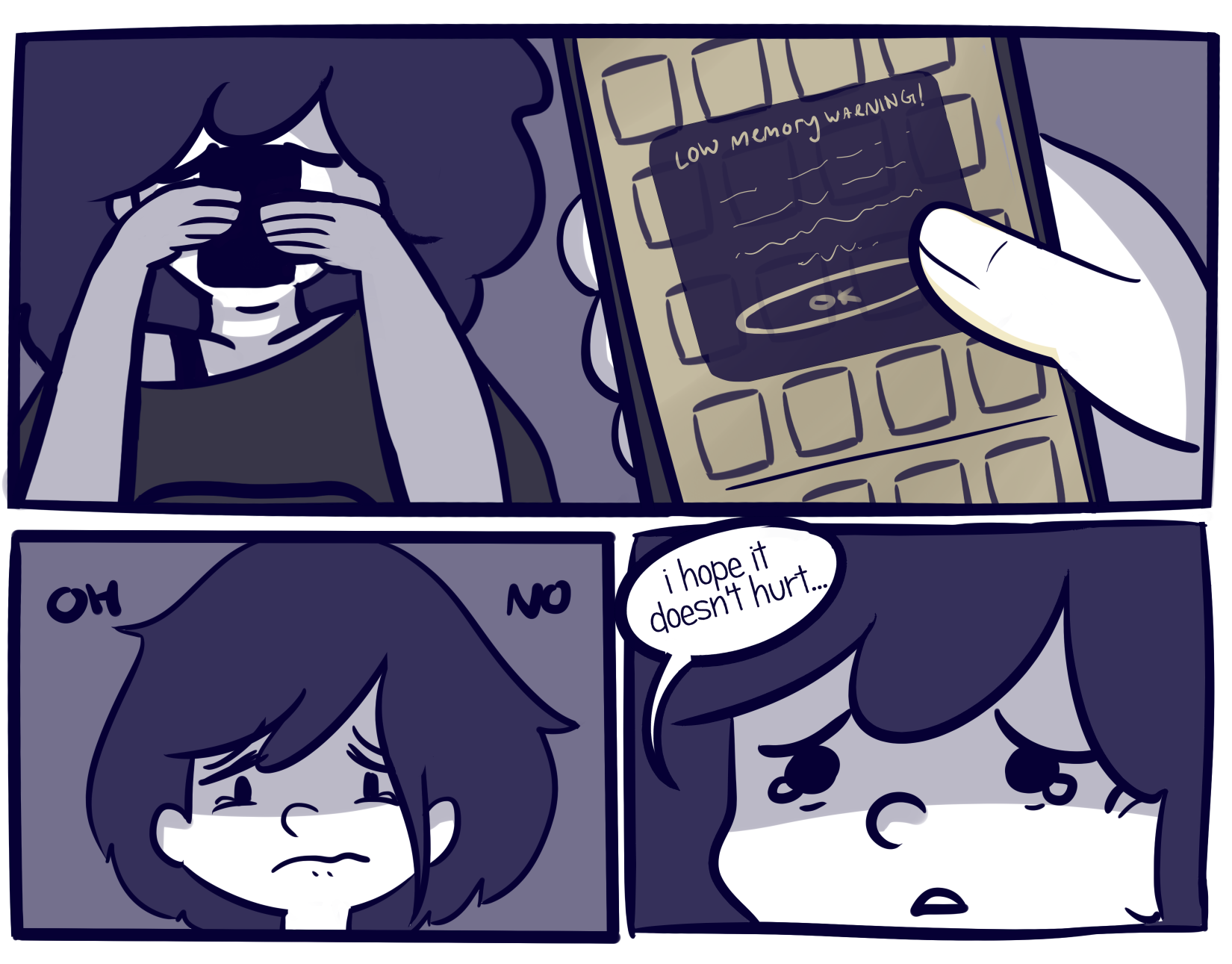 I don’t think what I’ve grown up with is too out-there or unusual. I mean lots of people still hold soft spots for their old stuffed animals, right? If you knock over something and apologize to it by reflex, there’s at least part of you that genuinely feels bad that you knocked it over, right? And I mean, yes, I’d talk to inanimate objects like my stuffed animals. I’d apologize aloud to paper towels for separating them from their family. But at least these inanimate objects never talked back to me. So I’ve been able to find some reassurance of my own sanity in that.

I think the most recent example worth citing was what I have since deemed The Pasta Incident (not to be confused with the infamous noodle incident). My apologies for not having images to correspond with this story, but it’s a little too complicated for the small segments I was drawing. So enjoy this text wall, okay?

At 19 years old when I visited my boyfriend and he took me to an italian restaurant, we both ordered pasta dishes we could not finish. On the drive back home he offered a quick candy-run (who would say no to that?) and he didn’t take long to find what he wanted. I, on the other hand, have a terrible habit of taking forever to pick things out when I’m offered a treat as I weigh every. single. option. and he was desperately trying to get me to hurry up as politely as he could because he didn’t want the food going bad or the car absorbing the noodle scent.

When I finally did pick what I wanted and we headed back to the car I noticed the food containers and got pretty bummed out. Thinking it was his fault for rushing me out of the candy shop, my boyfriend starts apologizing profusely for being mean. In this broken voice I muttered out while I stared at the plastic take-out tin “...the pasta is steamed up and uncomfortable… how sad”, which sounded TOTALLY sane and normal until I heard it coming out of my mouth. 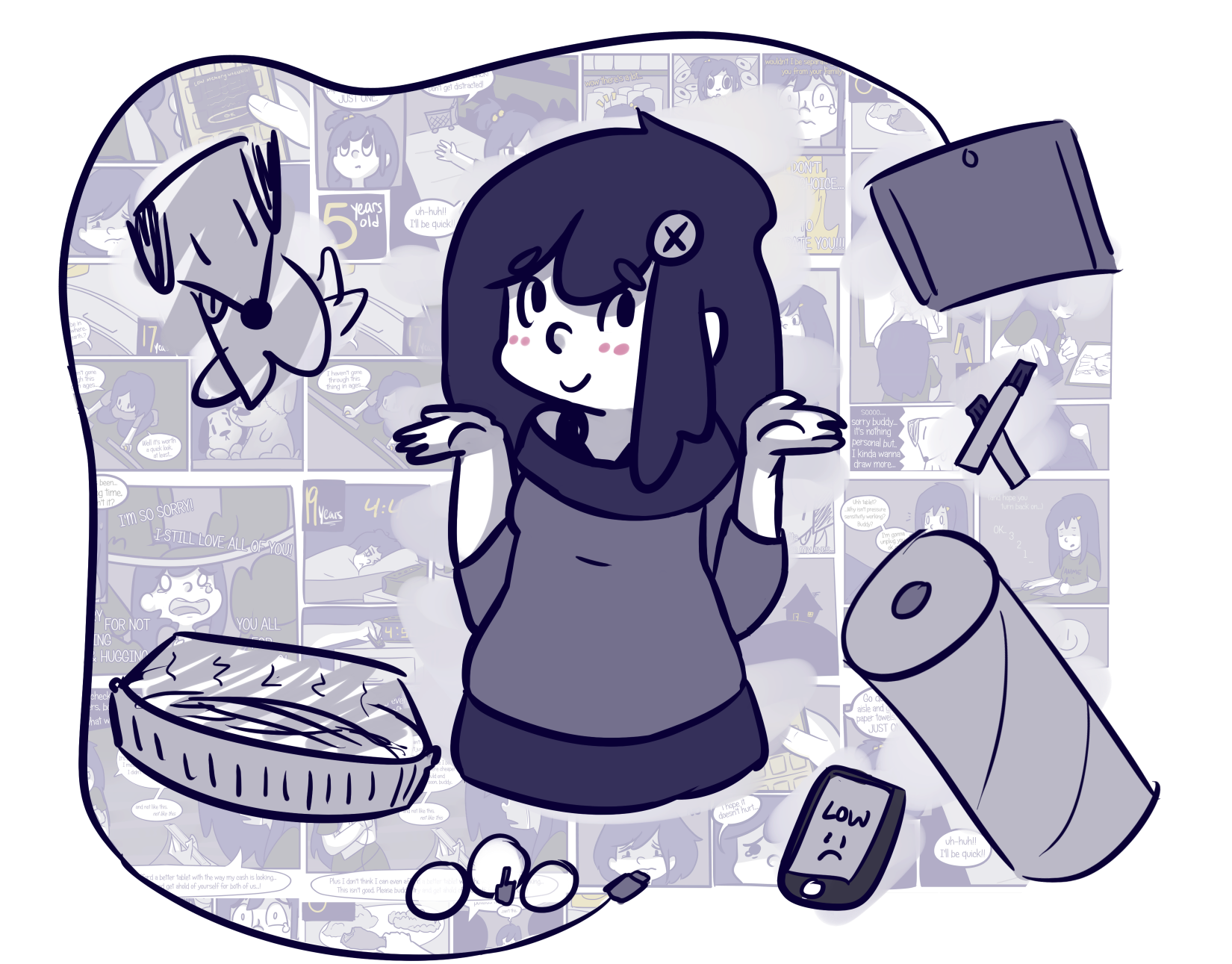 Luckily instead of giving me a crazy stare or making fun of the idiotic thing I was about to cry over, my boyfriend humored me and rushed to the kitchen when we got back and wiped clean the plastic lids for my sake.

So hey, I might not be super normal. I cry when things break and get very panicked when glass or plates or windows shatter. I may have a heightened sense of empathy, but if that’s my big weakness then I think I’m doing pretty okay for myself. [end/2013]