Skip navigation
We use cookies to improve your experience using this site. More information
Become a patron
Loading
0:00
0:00
Loading
0:00
0:00
Apr 2, 2021 at 3:27 PM
Back by popular demand! The Shepherds Play - A Liminos Project Audio Theatre Exclusive

Based on the original 1858 Oberufer Shepherds Play

Kamilla Cheskiewicz (Starsinger): A graduate of The Hartford Arts Academy and recipient of the CT Artistic Trailblazer Award of 2012,  Kamilla has been working in Steiner theatre and Mystery Dramas on and off for just over three years internationally in over six countries

Keagan Carr Fransch (Mary): A Zimbabwean-New Zealand actor who gained her Bachelor degree in Acting at Toi Whakaari: New Zealand Drama School in Wellington, and her Masters degree in Acting at The Royal Central School of Speech and Drama in London. Her career highlights have been playing Othello in Othello, and Dr. Marquez in Disney's remake of Pete's Dragon.

Michael Hadjipateras (Muckle): A History teacher for over 20 years, working in Steiner Waldorf education for 15. He is a member of Questors Theatre in London and has appeared as one of the Jaws 'finatics' in the documentary 'The Shark Is Still Working.’

Naziha Mahmood (Angel): Born, raised and based in Karachi, Pakistan. She holds a Masters in International Relations, and is a Poet, Documentarian and Author.

Peter Oswald (Huckle): Playwright, poet and performer, co-founder of Columbina Theatre Company and The Liminos Project. Plays produced at the Globe Theatre, West End, Broadway, and around the world. Poetry performances at the Hay Festival; Folger Theatre, Washington; Globe Theatre, and many others. www.peteroswald.net

Christian Peterson (Joseph): Trained in Classical Acting at the British American Drama Academy at Magdalen College, Oxford. His recent work includes a period drama set during WW1 Germany "This War is Not Inevitable", and a Farley Productions film, "Napp'd". 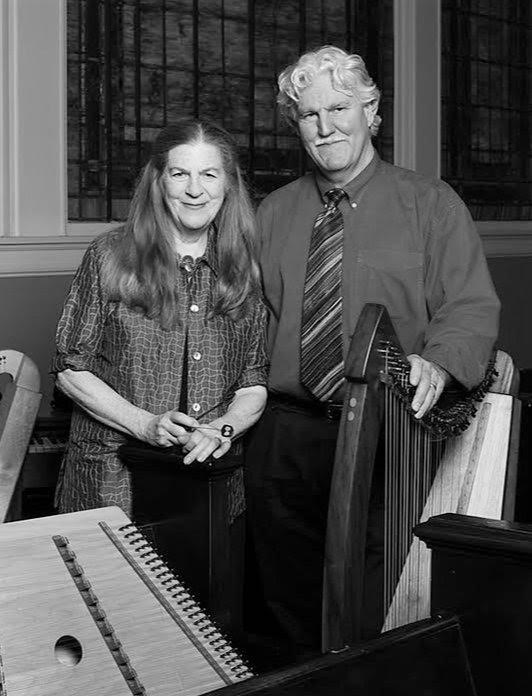 Philip and Pam Boulding (Music): Magical Strings creates their singular sound with Celtic harps and hammered dulcimers of their own design and construction since 1978. Their lush mix of traditional Celtic and original music infused with classical/world music influences is supplemented by virtuosic multi-instrumentality on whistles, accordion, concertina, guitar, piano, valiha and more. www.magicalstrings.com