Skip navigation
Become a patron
Jul 4, 2018 at 3:15pm
Becoming elk
Last weekend I became part elk. I arrived at the family cabin on Saturday and decided to wander through the forest. I have a few hidden routes that follow game trails into moss-covered hillsides with the creek rushing below. The forest is falling down, slowly, but still dark and dense enough to stay cool and moist.

Trails created by four-legged creatures are generally steep and require breathing pauses, at least for me. As I stood in the quiet, dim greenery, I looked around and noticed oddly uniform branches protruding from under a fallen tree. I recognized them as antlers and scrambled down the hill. Who knows how an elk drops both of its antlers in one spot this way? Maybe he used the log to scrape them off.

The antlers were slightly green, with several tips broken off - another story about which I can only speculate. And they are heavy! Together with the deer antler I had found crossing the fence, I fastened them all to my very small daypack and continued up the hill. 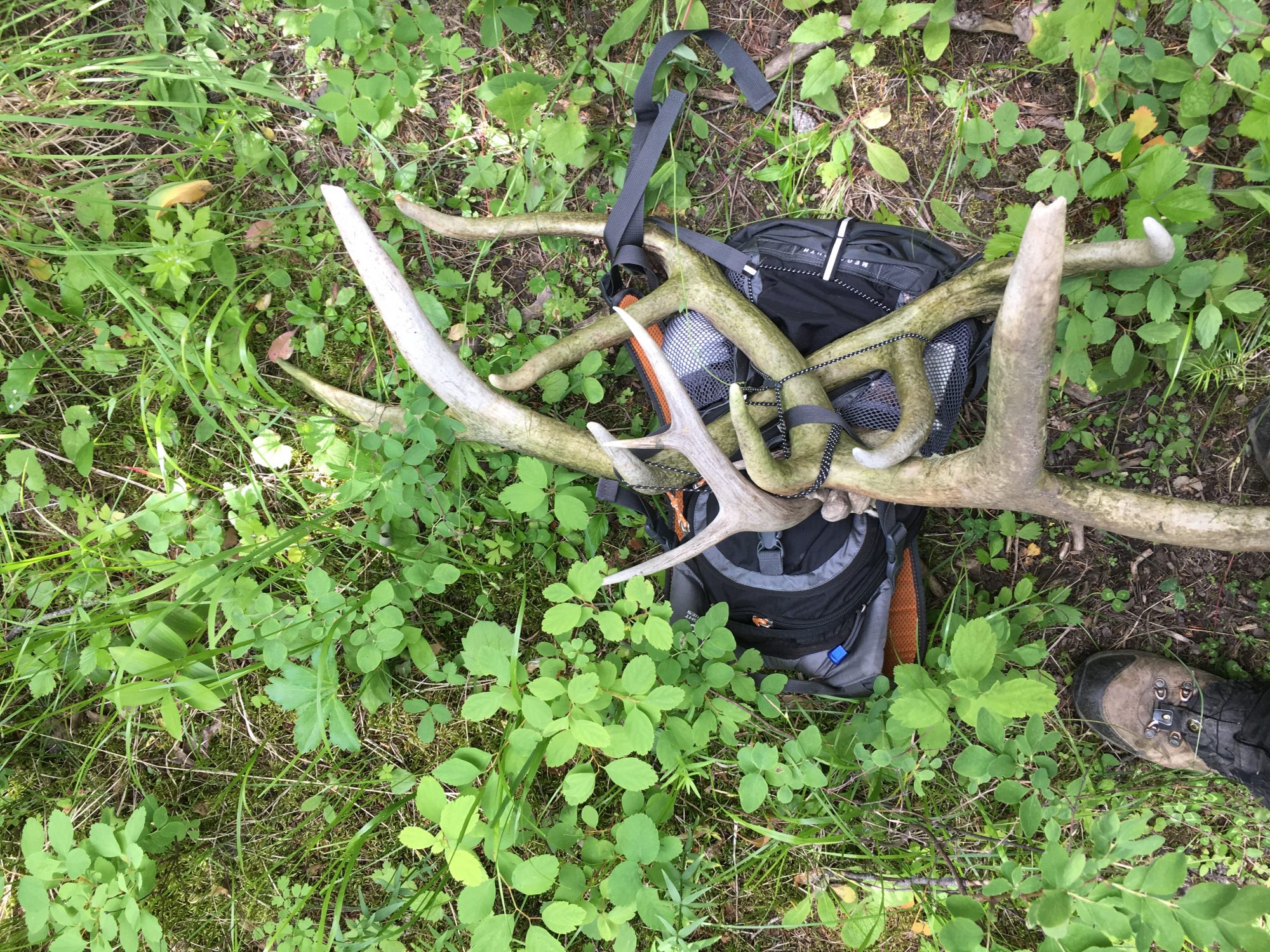 As I climbed up the steep forest path, carrying the extra 20 pounds or so on my back, I marveled at the strength of an animal who carries such weight on his head. Although the antlers stuck out from the pack, I was able to navigate (mostly) narrow spots and hanging branches in a brushy, dense forest.

Back at the cabin, I placed the antlers on the porch to dry out from the damp, mossy forest.

A couple of days later, I packed up in the morning for a day hike, hoping to climb to one of the high meadows on the mountain. This time, I followed well-defined trail for the first half of the journey. At the end of the known, I ventured into the less known again, choosing a route used by people and horses in the past, and now kept visible by the local furred residents.

I hadn't intended to climb to the top of the ridge, but ended up there anyway. As I sat on the cliff, cooling off somewhat, I heard a branch snap in the woods behind me. I cleared my throat loudly, my version of a warning signal to whomever might be close. Immediately I heard a small commotion and saw a large bull elk turn around and head back into the woods. A moment later, he crossed through the meadow below the cliff, passing only 30 feet below me as he trotted down the hill and into the forest below. 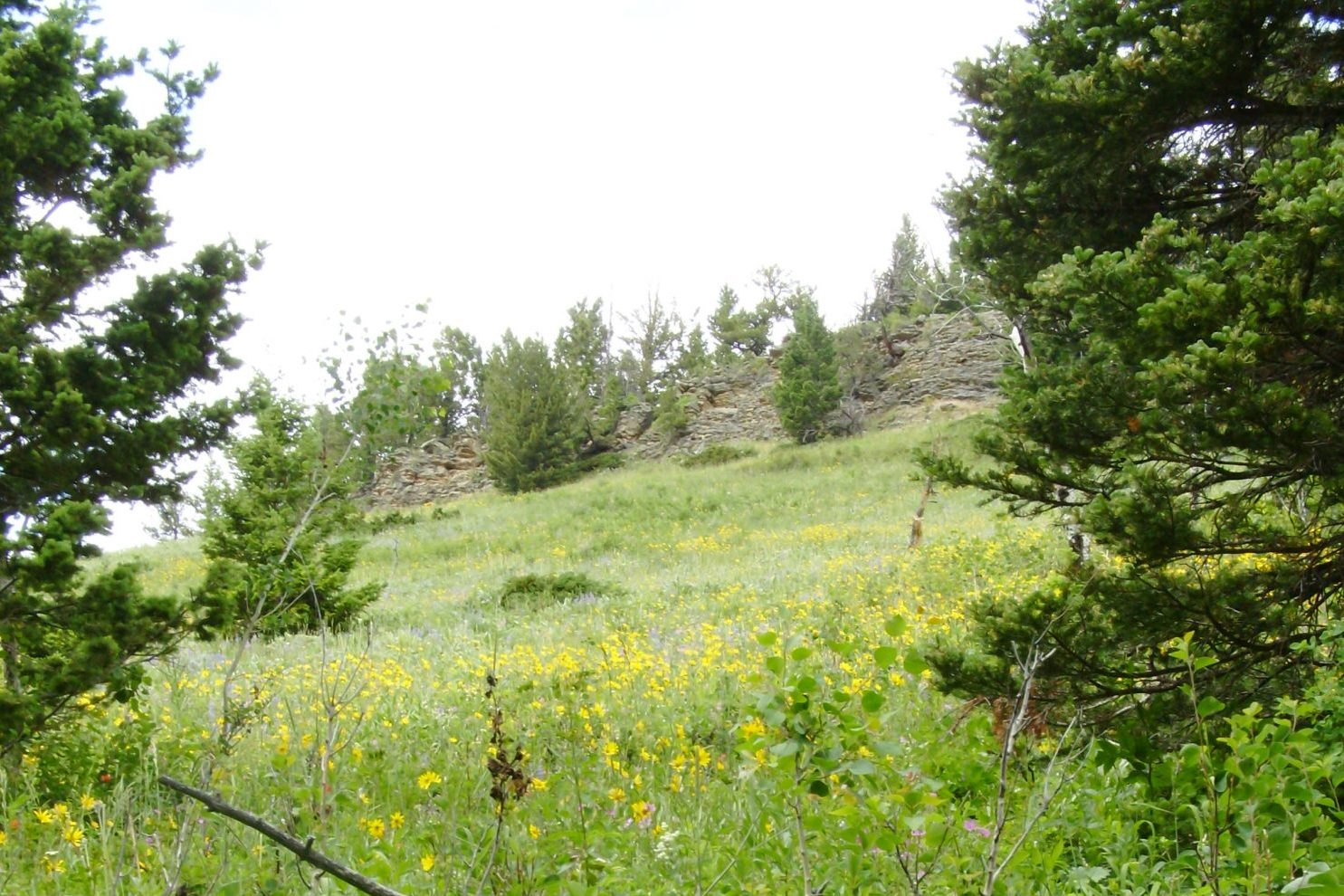 I don't go into my solo hikes feeling like a predator, but I can't escape how I appear to other beings. I watched the elk disappear and climbed down into the meadow to eat my lunch and soak up the mountain energy, replenishing my own. 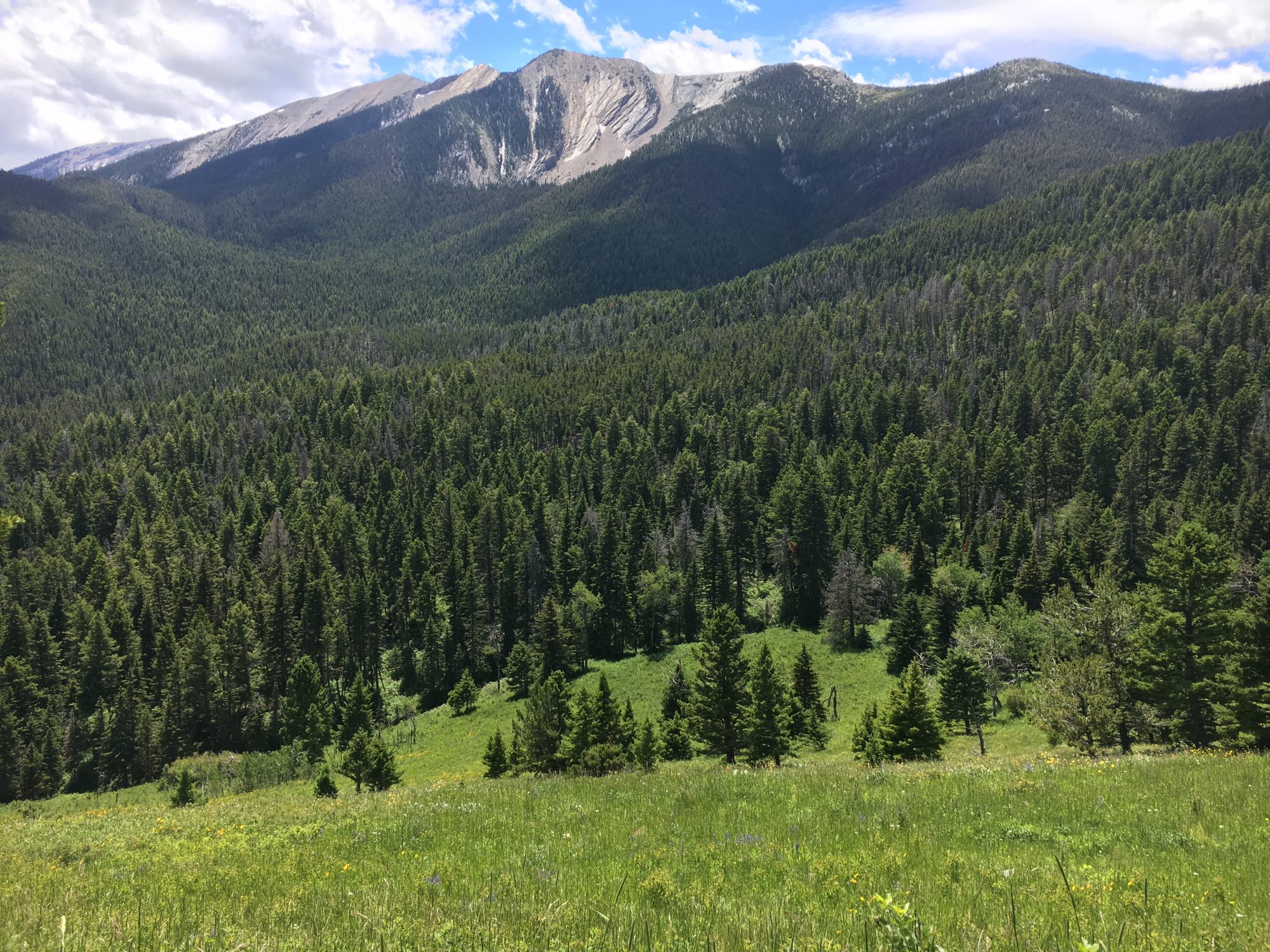 I followed elk trails back to the main trail home, wishing I had four legs on the steepest parts, where a bear had turned over all the rocks in the path. Walking slowly and softly, I surprised another bull who had bedded down right next to the trail. He jumped up and trotted down the trail ahead of me, finally turning up the hillside and pausing to peer back at me. We regarded each other for a few seconds and I continued down the path, minding my own business.