When I close my eyes and rub them this is what I see. I have always found it artistic but did not have the skills to replicate it for other people. By chance I found a way to reproduce the effect using neural networks in computer code.

See the original at SuperRare. Now for sale.

And by chance I really mean chance. Machine learning uses randomness and training of nodes in a network.

It started years ago with my fascination with oscilloscope art. I was drawing simple line drawings with sound on an oscilloscope and a computer. The images end up being similar to cave drawings but of things in our modern world like drones.

A few months ago I took 20,000 of variations of these images and trained a neural network called art-DCGAN. In one variation I tried making an image much bigger than the small 128x128 pixel source images I started with. 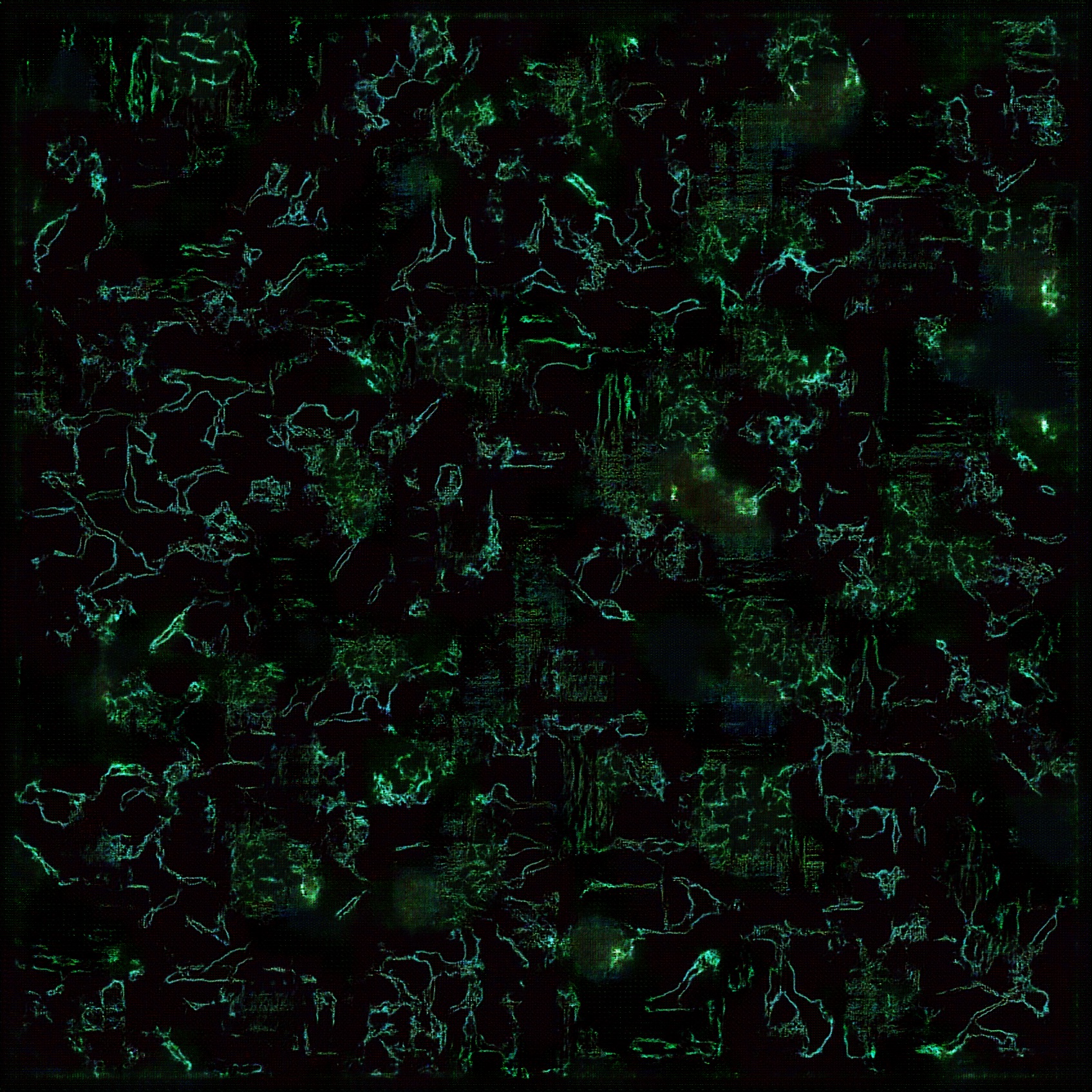 And I made Net of Dreams and others.

But I wanted more colors. Through a lot of trial and error I had to make multiple versions of the images in different colors.

And eliminate more than half of the images and the ones that were mostly black When I trained it on too many bad images I only ended up with dots of color instead of lines of color.

And when it was overtrained I ended up with this.

When I finally was able to produce the final product at the top of this post I realize it looked like something I had seen before. It is what I see when I close my eyes.

Why Do We See Colors With Our Eyes Closed? describes the effect of light inside your eyes. These are biologically produced light particles or photons. So we do have light inside ourselves.

You can get the animated version at KnownOrigin.io

There is even a paper on how this effect might be why ancient cultures all over the world drew similar cave art. In Exquisitely Simple or Incredibly Complex: The Theory of Entoptic Phenomena Suzanne Carr theorizes that perhaps this similar abstract art came from people closing their eyes.

She has lots of diagrams. (I might collect these and make a new AI model with them)

Figure 38 below, from Gavrinis, Larmor-Baden (after Shee Twohig 1981:fig. 111). Depicting the reduplication of entoptics IIa, IVa and Va.

She also theorizes drug use might explain these culturally similar art works.

It is interesting to think that my art might be really connected to the art of the ancients.

If you like my work please become a Patron or if you are into cryptocurrency come see and purchase my work at SuperRare.  Biophotonic Phosopene